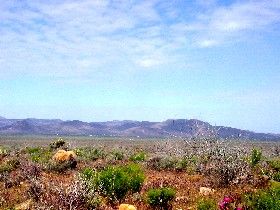 In the Cerbat Mountains north of Kingman, Arizona gold and silver deposits were discovered in the 1860s. In no time at all several small towns sprang up as prospectors and miners headed to the hills in search of their fortunes.

At this time, these camps were extremely isolated and the trip getting into the settlements was often fraught with danger. To gain access to the Cerbat Mountains, prospective miners were required to take a riverboat 300 miles upstream from Yuma to Hardyville (now underwater near Bullhead City.) After their riverboat journey, they then had to cross 38 miles of unforgiving desert and were often accosted by hostile Indians.

In 1863, one story tells of Hualapai Indians who commandeered three miners’ weapons as they were working in their mining shaft. The Indians then shot one of the miners. The remaining pair were killed when the Indians began raining heavy rocks down the shaft upon the miners’ heads.

Undaunted by the tales of danger, the determined fortune seekers continued to come. 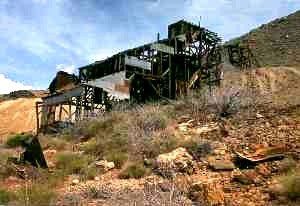 The area that would become Cerbat began to attract miners in the 1860s and when rich enough veins were found to support larger mines, a settlement was born in the early 1870s. Named for the mountain range, Cerbat is an Indian word meaning bighorn sheep, which were once common in the area.

Soon three mines were developed including the Esmeralda, the Golden Gem, and the Vanderbilt. Before Cerbat even had a post office it was named the county seat of Mohave County in 1871. On December 23, 1872, the town was finally able to send and receive mail from its own post office. In 1873 it lost its short-lived county seat status to nearby Mineral Park. Cerbat never had more than a hundred residents in its isolated location, yet it did have a doctor and a lawyer.

Mining continued into the nineteenth century but the town began to die. By 1912, its post office had closed.

Today, the Golden Gem Mill and the head frame still stand among scattered debris. Nothing else is left of this once vibrant city.  According to some reports, caution should be utilized in exploring this area as there is a deep, uncovered shaft not far from the base of the mill. 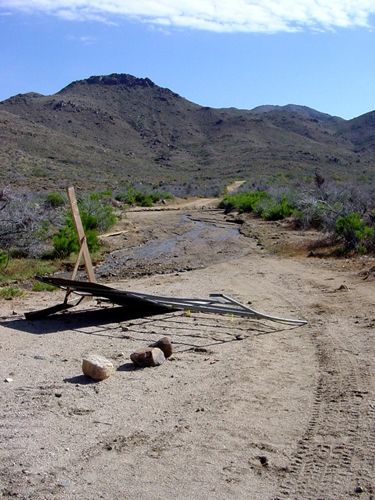 Cerbat is nine miles northwest of Kingman on U.S. 93 at a historical marker near Milepost 62. Here, you get off the highway on a dirt road, heading east for 0.7 mile, then left for 0.6 mile, then right again for another two miles. The last stretch of this road requires a high clearance vehicle or a willingness to walk.

Named for the rich minerals in the juniper-filled basin at the foot of Ithaca Peak, Mineral Park was founded in 1871. Growing quickly the settlement soon had almost 700 residents, becoming the biggest settlement in the county. A post office was established on December 31, 1872. Just a year later, Mineral Park took the title of county seat from nearby Cerbat.

In addition to the mines of the area, the town became a supply point for more distant mines and a growing number of cattle ranches. Ready to last the duration the town soon had an assay office, five smelters, a hotel, a restaurant, several stores and a number of saloons. Two stagecoach stations were present in Mineral Park and in 1882; a weekly newspaper called the Mohave County Miner began. In 1883, Mineral Park prospered further when the Atlantic and Pacific Railroad was completed just 20 miles to the south. This cut the costs of transporting ore and supplies dramatically.

However, what Mineral Springs didn’t count on was the small settlement of Kingman, built to service the railroad, would begin to grow so fast. In spite of the Mohave County Miner’s best efforts to downplay the possibility of Kingman ever amounting to much, over the next five years, Kingman continued to prosper as a supply center for the area mines, as well as a commercial center for travelers through the area.

Soon, Mineral Park was to experience more civic embarrassment when a county-wide vote made Kingman the new county seat in 1887. Kingman got 271 votes to Mineral Park’s 93. Even Hackberry, located some 30 miles northeast of Kingman, got more votes than Mineral Park at 132. Many speculated that Mineral Park merchants, who already had some economic connections with Kingman, were interested in reducing their costs by being closer to the railroad. 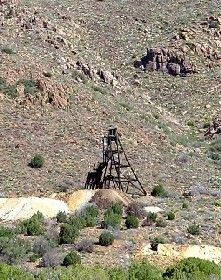 Despite the conclusiveness of the polls, Mineral Park officials refused to give up the county records. Outraged, Kingman citizens subsequently raided the town hall and made off with the county documents, literally “taking” the county seat.

The Mohave County Miner, once the biggest critic of moving the county seat to Kingman, gave in to economic reality and made the move from Mineral Park to the new county seat of Kingman.

Losing the county seat was just the beginning of the end for Mineral Park. After 1887, some of the mines began to close. Though some were reopened briefly in the early 1900s, the town never recovered and its post office closed for good on June 15, 1912.

Today Mineral Park has all but vanished and sits upon private mining property where turquoise and copper are still being mined from the area.

An open-pit mine, formerly operated by the Cypress-Bagdad, has caused once-prominent Ithaca Peak to disappear completely. The area is scattered with the debris of earlier days, where headframes, mill foundations and tattered cabins can still be seen amongst the mine tailings.

Mineral Park’s small cemetery is one of the best-preserved in Arizona. Although it is within mine property, it can still be viewed by contacting the current mining operation.

To get to Mineral Park, you will travel some 14 miles northwest of Kingman on US 93 to a turn-off between Mileposts 58 and 59. Here, there is a historical marker where you will turn east for 4.3 miles on paved road, then left 0.3 mile on a well-used gravel road (the turn is just before the fenced-in modern mine.) 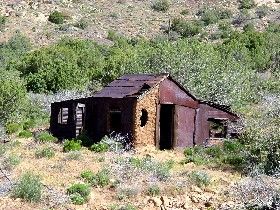