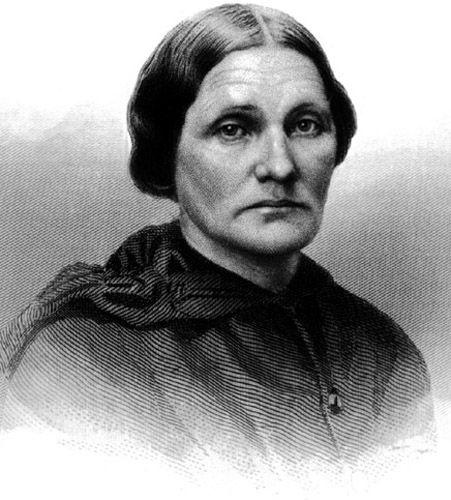 Mary Ann Bickerdyke was an energetic heroine whose sole aim during the Civil War was to efficiently care for wounded Union soldiers.

Born in Knox County, Ohio, to Hiram Ball and Annie Rodgers Ball, in 1817, she later moved to Galesburg, Illinois. Widowed two years before the war began, she supported herself and her two half-grown sons by practicing as a “botanic physician” in Galesburg.

When a young Union volunteer physician wrote home about the filthy, chaotic military hospitals at Cairo, Illinois, Galesburg’s citizens collected $500 worth of supplies and selected Bickerdyke to deliver them.

She stayed in Cairo as an unofficial nurse, and through her unbridled energy and dedication, she organized the hospitals and gained Ulysses S. Grant’s appreciation. Here, she also worked alongside another famed Civil War Nurse, Mary J. Stafford. When Grant’s army moved down the Mississippi River, Bickerdyke went too, becoming the Chief of Nursing and setting up hospitals where they were needed.

She was adamant about cleanliness, dedicated to improving the level of care, and unafraid of stepping on male toes. She insisted on scrubbing every surface in sight, would report drunken physicians, and on one occasion ordered a staff member, who had illegally appropriated garments meant for the wounded, to strip. Though she antagonized male physicians, staff, and soldiers alike, she won most of her fights in the name of better patient care. 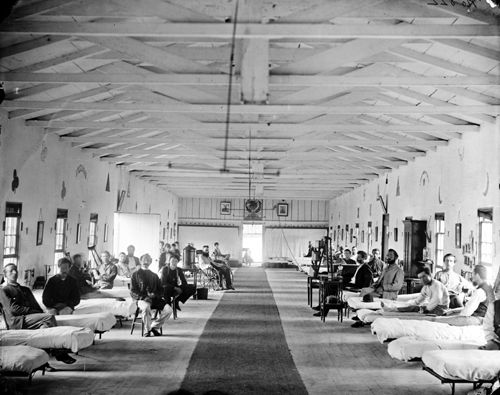 Union General William T. Sherman was especially fond of the volunteer nurse who followed the western armies, and supposedly she was the only woman he would allow in his camp. When his staff complained about the outspoken, insubordinate female nurse who consistently disregarded the army’s red tape and military procedures, Sherman  threw up his hands and exclaimed, “Well, I can do nothing for you; she outranks me.”

Running roughshod over anyone who stood in the way of her self-appointed duties, when a surgeon questioned her authority to take some action, she replied, “On the authority of Lord God Almighty, have you anything that outranks that?”

She was known affectionately to her “boys,” the grateful enlisted men, as “Mother” Bickerdyke, and the soldiers would cheer her when she appeared.

During the war, she worked closely with Eliza Emily Chappell Porter of the Northwest Sanitary Commission, worked on the first hospital boat, helped build 300 hospitals, and aided the wounded on 19 battlefields, including the Battle of Shiloh, the Battle of Vicksburg, and Sherman’s March to the Sea.

When the war was over, she rode at the head of the XV Corps in the Grand Review in Washington at General William T. Sherman’s request.

Afterward, she worked for the Salvation Army in San Francisco, California, and became an attorney, helping Union veterans with legal issues. Later, she ran a hotel in Salina, Kansas, for a time before retiring to Bunker Hill, Kansas.

She received a special pension of $25 monthly from Congress in 1886. She died peacefully after a minor stroke on November 8, 1901. Her remains were transported back to Galesburg, Illinois, and she was interred next to her husband at the Linnwood Cemetery.

In memory of this selfless heroine, a statue of her was erected in Galesburg, Illinois, and two ships — a hospital boat and a liberty ship were named after her. 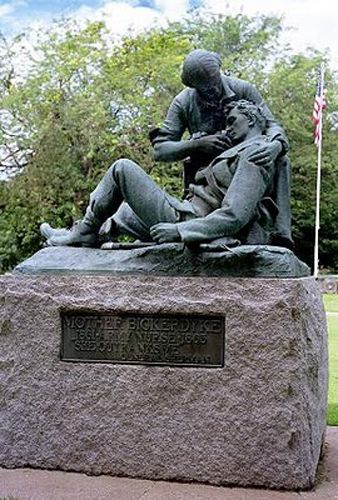