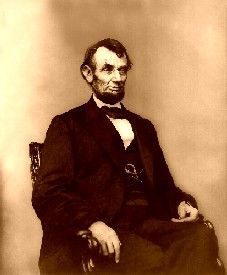 When the Republicans won in the 1860 election, and Abraham Lincoln was the President-elect, the leaders of the Cotton Belt in the deep South knew perfectly well that although he was not an abolitionist and had never advocated the destruction of slavery in the states, slavery was not safe with him in the White House. They knew the tide would turn with a president and a dominant political party in Washington committed to the checking of slavery in the territories. They knew that if slavery could no longer expand, it would eventually have to die.

If the Southerners did not feel that they were going to war to defend slavery, they did have a deep feeling that the race question that would confront them if slavery were abolished was more than they could handle. They had been brought up, despite the quietness of their slave population, to suspect that under the surface, dangerous violence lurked.

The example of Santo Domingo, where the slaves rose in revolt and massacred all the white people they could get their hands on, was something they never forgot. The Nat Turner Rebellion had pointed in that direction. A few other outbreaks in the South seemed to point the same way. And most Southerners frankly confessed that they did not see how the two races could get along together if the institution of Slavery were removed. If the Southerners were not fighting to preserve slavery, they were at least fighting to preserve a situation in which they did not have to be afraid of a sudden violent uprising by the slave population. 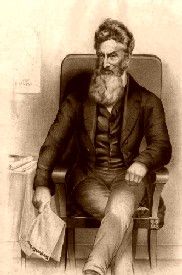 John Brown, for instance, was a hated character in the South because his strange abortive raid at Harpers Ferry, West Virginia, was designed as a step to stir up a slave rebellion. If it had succeeded, it would undoubtedly have gotten out of hand. Brown was the man to start something like that, not the man to control it. Fortunately, it did not succeed, and the country was spared what would have been a very tragic, bloody experience. But the fact that such a tragic, bloody experience seemed to lie below the surface of their lives was frightening to the people of the South and helped persuade a great many that safety lay in getting out of the Union.

The black man in the North was not a slave, but he was definitely not merely a second-class citizen but a third or fourth-class citizen. He had few rights, practically no privileges, and no social standing whatever. In general, the poorest jobs, the lowest wages, and the worst housing were reserved for him. In some cases, indeed, it was possible to argue that some slaves in the South might be better off than black people were in the North, strictly from the standpoint of food, clothing, housing, and general treatment. Of course, that argument missed the point because, above everything else, the slave wanted his freedom, and he was willing to pay a high price for it; and he did. The rest of the country paid an equal price to get it for him.

When the war began, and Northern armies moved down into the South, the soldiers in the Northern armies discovered that the black men who were all around them were somehow on their side. The soldiers felt they were in a foreign country simply because slavery did not exist there. They passed the plantations with their slave quarters behind the big house and the work gangs out in the field. This was not life in Ohio or Pennsylvania.

This was foreign; it was different. The people here were enemies, yet these black folk were somehow friendly. If a soldier was lost from his unit or had struggled after a battle and did not know where he was or how to get back, it was the black people who would help him. They would give him something to eat; they would put him on the road, they would help him dodge the Confederate patrols; they were always on his side. Furthermore, they soon clustered around the camps and the Northern soldier began to realize that there was something wrong with the argument that the slaves were contented with their lot.

About the Author: Michael Russell Your Independent guide to Civil War. Additionally, Mr. Russell has been involved in online business since early 2001, and while spending countless hours each month running his business still finds time for various hobbies and interests.