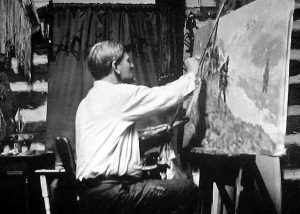 From the beginning of time, people have been creating paintings and other visual arts to tell their stories and document history. Art history itself includes numerous genres, designs, formats, and styles, including the “major” arts of painting, sculpture, and architecture, as well as the “minor” arts of ceramics, furniture, and other decorative objects.

The focus of these pages is on the “major” artists who helped to document American History. After the Declaration of Independence in 1776, which marked the official beginning of the American national identity, the new nation began to express its history in paintings, portraits, and other forms. Painters such as Gilbert Stuart made portraits of newly elected government officials, while men such as John Trumbull depicted the American Revolution in several works.

Though art took its various forms, most paintings in early America were dominated by portraiture. However, thanks to men such as John Singleton Copley and Benjamin West, narrative painting styles later grew in popularity, depicting not only historical personages but also figures in action and pictorial compositions.

In the late 18th and 19th centuries, artists primarily painted landscapes and portraits in a realistic style. The American Academy of the Fine Arts in New York was the first major American art academy, established in 1802. When the United States began to expand in earnest during the 19th century, numerous artists made names for themselves, conveying the sheer size of the land and the cultures of the native people living on it. Some of these included Charles Marion Russell and Frederic Remington. At the same time, some artists, such as George Catlin, broke from traditional styles of depicting landscapes and focused on the Native Americans of the west.

The early 20th century marked an era of beginnings and endings in America, as many artists went to Europe to study and paint, bringing back several various styles and formats. 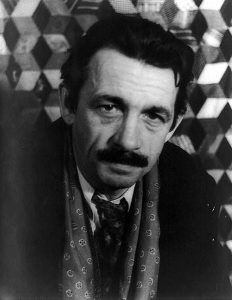 Albert Bierstadt (1830-1902) – A German-American painter best known for his lavish, sweeping landscapes of the American West. In obtaining the subject matter for these works, Bierstadt joined several journeys of the Westward Expansion. Though not the first artist to record these sites, Bierstadt was the foremost painter of these scenes for the remainder of the 19th century.

Mary Stevenson Cassatt (1844-1926) – An American painter and printmaker, she often created images of the social and private lives of women, with particular emphasis on the intimate bonds between mothers and children.

George Catlin (1796-1872) – An American painter, author, and traveler specializing in portraits of Native Americans in the Old West.

John Singleton Copley (1738-1815) – The most famous painter of America’s Colonial Period, Copley was famous for his portrait paintings of important figures in early history.

Thomas Cowperthwait Eakins (1844-1916) – An American realist painter, photographer, sculptor, and fine arts educator, he is widely acknowledged to be one of the most important artists in American art history.

Thomas Hill (1829-1908) – An American artist of the 19th century, Hill produced many fine paintings of the California landscape, in particular of the Yosemite Valley, as well as the White Mountains of New Hampshire.

Georgia O’Keeffe (1887-1986) ­ Known as the greatest American woman artist of the 20th century, her paintings are noted for their abstract colors and shapes in depicting flowers, nature, and American landscapes.

Frederic Sackrider Remington (1861-1909) – An American painter, illustrator, sculptor, and writer specializing in depictions of the Old American West, specifically concentrating on the last quarter of the 19th century American West and images of cowboys, American Indians, and the U. S. Cavalry. 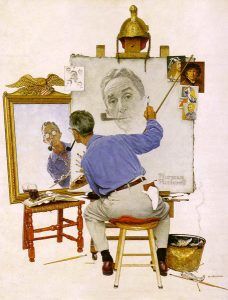 Norman Percevel Rockwell (1894-1978) – A 20th-century American painter and illustrator, his works have enjoyed a broad appeal in the United States, where he is most famous for the cover illustrations of everyday life scenarios he created for The Saturday Evening Post.

Charles Marion Russell (1864-1926) – An artist of the Old American West, Russell created more than 2,000 paintings of cowboys, Indians, and landscapes set in the Western United States, in addition to bronze sculptures. Known as “the cowboy artist,” Russell was also a storyteller and author.

Gilbert Charles Stuart (1755-1828) – An American painter from Rhode Island, Stuart was declared the “Father of American Portraiture” by his contemporaries because he portrayed virtually all the notable men and women of the Federal period in the United States.

John Trumbull (1746-1843) – An American artist during the period of the American Revolution who was notable for his historical paintings of the time. 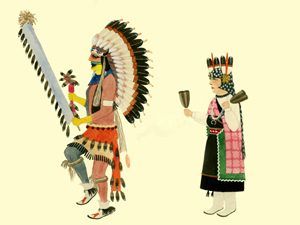