A historic stop about ten miles north of the Oregon Trail and a once bustling gold mining camp, South Pass City is one of the best-known ghost towns in Wyoming, as well as one of the most authentic old settlements in the American West.

Though the precious mineral had already been found in small amounts in Sweetwater Creek, as early as 1842, the isolated region was primarily occupied by Arapaho, Cheyenne, and Sioux Indians who were quick to attack those who had invaded their homelands.

Early miners were forced to post lookouts for the Indians, and the ore was found in such limited quantities that miners didn’t begin to search the area in large numbers until U.S. Troops arrived in 1866. Even then, Indian attacks were frequent and heavy. 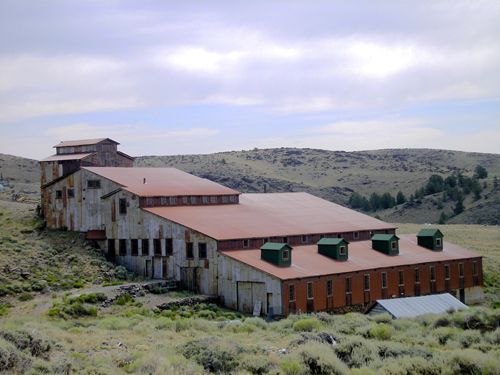 The Carissa Mine was the mainstay of South Pass City. Photo by Kathy Weiser-Alexander.

But, when a large vein was found at what would become the Carissa Mine, the miners flooded in, bringing their families with them. By 1868, South Pass City boasted over 250 buildings, 1,000 people, and hundreds of claims. South Pass City was the first of three mining camps in the Sweetwater Mining District. Atlantic City and Miners Delight soon followed. In 1870, Fort Stambaugh was built as a permanent post for U.S. Troops to protect the settlers and the miners.

The mining district continued to boom, growing to as many as 3,000 residents. Miners looking for investors and newspapers promoting further settlement in the area exaggerated the region’s amount of gold. The settlement was so significant that it became the county seat of Carter County when it was still part of Dakota Territory. When Carter County became part of Wyoming Territory in 1869 and the county was renamed Sweetwater, it remained the county seat until 1873. (Later, Sweetwater County would become part of Fremont County when it was formed in 1884.) 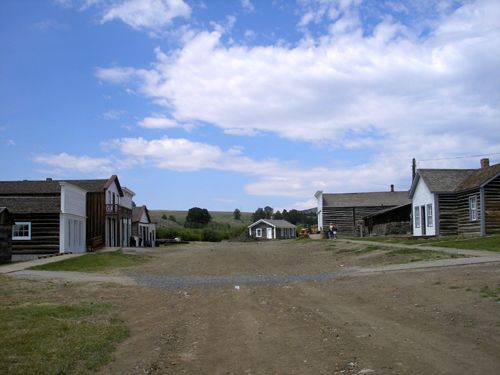 But, for South Pass City, its great boom wouldn’t last, and just two years after its establishment would begin to show its first signs of declining. Hitting a slump in early 1869, the town resurged briefly after outside capital was poured into the area but, would slump again as expenses and hardships to recover the gold proved too costly for most miners. By 1872, the town only was occupied by only a few hundred people.

During its heyday years, South Pass City left its mark on American History when a local saloon and mine owner named William Bright served in Wyoming’s First Territorial Legislature and introduced the first women’s suffrage bill. The bill passed in December 1869, Wyoming became the first state where women could vote.

Just three months later, history would be made again when South Pass City resident, Esther Hobart Morris, became the first woman to hold public office in the nation when in February 1870, she was appointed as Justice of the Peace. During her brief eight-month tenure, she tried 27 cases.

Over the next several decades, South Pass City would see more good booms, as the mines would resurge briefly before being closed once again. Optimistic residents stayed in the dying town, surviving by diversifying into ranching, timbering, and cottage industries.

But, in the end, South Pass would become a permanent ghost town. By 1949, the last of the pioneer families had moved on from South Pass City, and the buildings had fallen into disrepair. For the next two decades, the site was privately run as a tourist attraction, but the task of maintaining the buildings became too difficult.

However, in 1966, the ghost townsite was purchased by the State of Wyoming as a 75th birthday present for the citizens of the state, thus ensuring that the town’s storied history would continue to be told. As a combined effort of several state agencies and private organizations, the town has been accurately restored. It contains 23 original structures and some 30,000 artifacts, almost all of which are original to the old settlement.

Though the town has only about a half dozen permanent residents, it bustles during the summer months as thousands of visitors flock to see this authentic view of the American West. Walking tour guides are available at the 1890’s dance hall, where a small fee is collected for entrance to the historic site, and volunteers can provide answers to visitors’ questions. 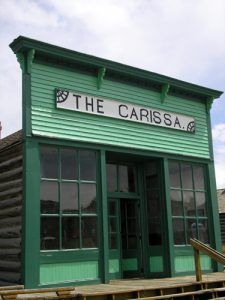 Some of the most interesting buildings include the 1890 Carissa Saloon, the 1896 Smith-Sherlock Co. Store, the South Pass Hotel & Restaurant, and the Sweetwater County Jail. Mining equipment history can also be seen at the Moses Sturman Stamp Mill, the Wolverine Mine Adit, and brick kilns’ remains. Just north of town is the old Carissa Mine and Mill, which was purchased by the State of Wyoming in 2003. Since then, it has been involved in environmental cleanup and preparation for opening as another historic site. Plans will allow visitors to tour the mine and mill in the near future. Just south of town on a hill overlooking the historic city is the old cemetery, but there are only four marked children’s graves. According to a family member who was visiting the old graveyard, she said that many families moved their family members’ remains once South Pass City died.

Summers provide for a variety of events, including Goldrush Days, which takes place in July. The site is open from May 15th through September 30th each year. Other historic sites are located nearby, including the ghost towns of Atlantic City and Miners Delight, Willie’s Handcart Historic Site, and the Oregon Trail.