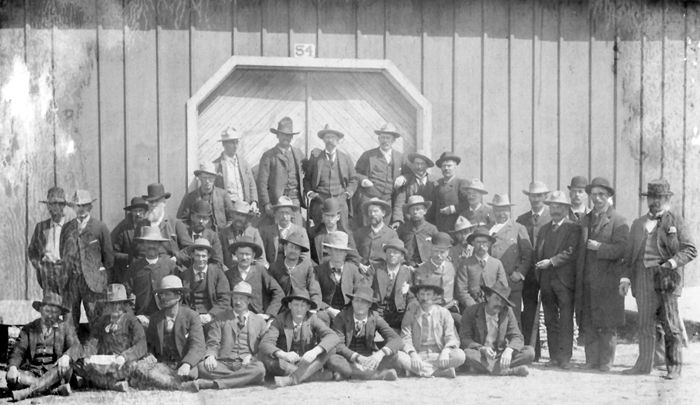 One of the most feared bands of gunfighters and outlaws in Wyoming were Wolcott’s Regulators, who preyed on homesteaders in 1892 frequently leaving dead bodies in their wake.

Several years prior, conflict over land, livestock, and water rights had begun between several large cattle companies and the many homesteaders who had made their way to Wyoming to settle lands under the Homestead Act. This spawned the Johnson County War in 1889, in which, the large cattle companies began to ruthlessly persecute alleged cattle rustlers in the area. However, not all these people were cattle thieves, many were just innocent settlers that competed with the large ranchers.

In the Spring of 1892, Frank Wolcott, a member of the Wyoming Stock Growers Association, hired some 50 gunmen, including a number of known Texas killers, with the intention of eliminating alleged rustlers in Johnson County and breaking up the homesteaders smaller stock association. 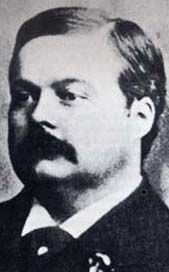 On April 5, 1892, a large party of cattlemen, five stock detectives, including Frank M. Canton, and 23 gunfighters, under the command of Major Frank Wolcott, set out from Cheyenne on their way to Buffalo. Beyond Casper, the force, called the “Regulators,” began cutting the telegraph lines along the way, in order to prevent an alarm.

One act of violence perpetrated by the Texans occurred when they ambushed and killed nine trappers whom they mistook for rustlers in Big Dry Creek, Wyoming. They received a $450 bonus for the slaughter.

One of their most heinous crimes were the murders of Nathan Champion and Nick Rae on April 8, 1892. Though the victims barricaded themselves in a ranch house on the KC Ranch, Major Frank Wolcott led his men on a vicious attack of the pair, leaving both of them dead. Afterward, the killers pinned a note on Champion’s bullet-riddled chest that read, “Cattle Thieves Beware.” However, Champion was not a cattle rustler, rather he was the man who had formed the rival Northern Wyoming Farmers and Stock Growers Association. 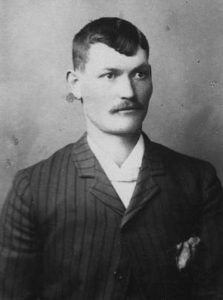 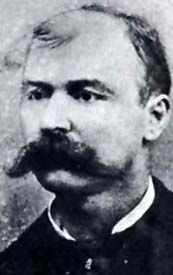 A neighbor named Jack Flagg then rode to Buffalo where he reported the siege. Sheriff William “Red” Angus then raised a posse of 200 men over the next 24 hours and set out for the KC Ranch on April 10th.

In the meantime, the Regulators were riding toward Buffalo to continue their show of force. By early morning on April 11th, they received the news that Angus and his force were headed towards them. The gunfighters took refuge at the TA Ranch on Crazy Woman Creek. When the sheriff’s posse reached the ranch, the Regulators holed up in a log barn and a siege began that lasted for three days.

Fortunately for the Regulators, one of their members, Mike Shonsey, managed to slip from the barn and was able to contact Governor Barber. On the night of April 12, 1892, the Governor telegraphed President Benjamin Harrison a plea for help, stating:

“About 61 owners of livestock are reported to have made an armed expedition into Johnson County for the purpose of protecting their livestock and preventing unlawful roundups by rustlers. They are at T.A. Ranch, 13 miles from Fort McKinney, and are besieged by Sheriff and posse and by rustlers from that section of the country, said to be 200-300 in number. The wagons of stockmen were captured and taken away from them and it is reported a battle took place yesterday, during which a number of men were killed. Great excitement prevails. Both parties are very determined and it is feared that if successful will show no mercy to the persons captured. The civil authorities are unable to prevent violence. The situation is serious and immediate assistance will probably prevent great loss of life.” 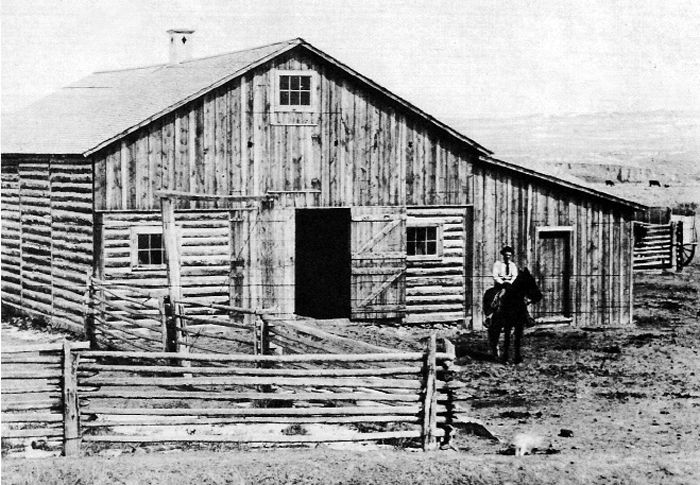 Barn at the TA Ranch

The Sixth Cavalry from Fort McKinney was then ordered to proceed to the TA Ranch at once and take the Wyoming Stock Growers Association expedition into custody. They arrived in the early morning of April 13th and negotiated with Sheriff Angus to lift the siege. The Cavalry then escorted Wolcott and 45 men, along with 45 rifles, 41 revolvers and some 5,000 rounds of ammunition, first to Fort McKinney and then to Cheyenne.

The Texas gunfighters immediately disappeared after bail was made and they were released. Court proceedings began for the locals and a trial was eventually set for January 1893. But as time dragged on, material witnesses disappeared and finding impartial jurors proved to be next to impossible. Ultimately, the high cost of the trial led the court to dismiss the entire case.

Though the Johnson County War was over, scattered violence continued for over a decade as alleged rustlers continued to be hanged. 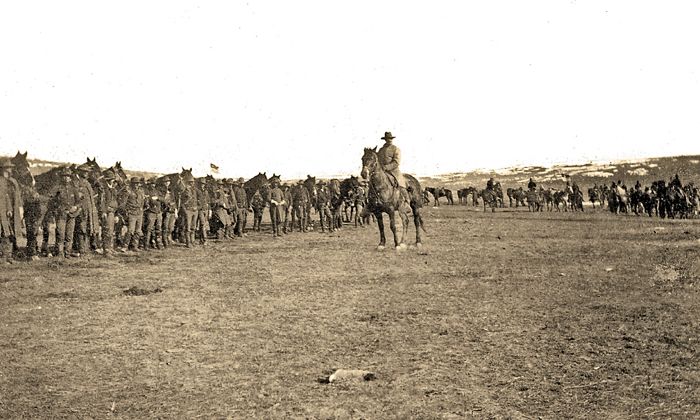 Regulators surrendering at the TA Ranch