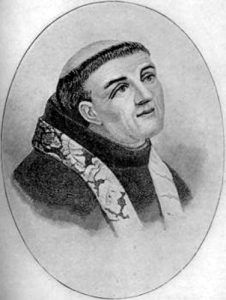 Apparently, Arballo was a high-spirited young woman, because Father Pedro Font was repeatedly annoyed with her and with Anza, who had permitted her to go to California against the priest’s adamant opposition. Font confided in his diary that she drank alcohol to excess one evening when the group was celebrating, having completed an arduous portion of the journey. Font also noted her unseemly behavior, commenting that the “very bold widow . . . sang some verses which were not at all nice, applauded and cheered by the crowd.” She refused to play the submissive and modest role required of women of her time and, by performing in public, she resisted the social controls normally governing Spanish women’s actions. She also defied, not once, but twice, the class and color constraints of Hispanic culture by marrying common soldiers who were mestizo when she herself was of Spanish birth. In marrying beneath her class and caste, defying her priest’s advice, resisting male authority, and acting boldly in the public sphere, she subverted the gender requirements of proper behavior for women of her time.

At the highest end of California’s social spectrum, although not a member of Anza’s party, was Eulalia Callis, born in Spain to an influential family. She became the wife of Alta California governor Pedro Fages. Despite her prominent position, she made private matters public in 1785 by openly accusing her husband of infidelity and refusing to sleep with him; in addition, she insisted on returning to Mexico City. The governor denied any wrongdoing and their priest advised her, when she consulted him about a divorce, to drop the matter. She refused to do so, and she was punished for her actions by imprisonment, isolation, the continual threat of flogging, and excommunication from the Church. Although her contemporaries were unsympathetic, Callis’ actions, in retrospect, appear to have been motivated by a strong survival instinct, for she had endured four pregnancies in six years, buried two of her children, and longed, understandably, to return to a safer and more comfortable life in Mexico City.

Notably successful in exercising her independence was a third woman, Apolinaria Lorenzana, who arrived on the ship Concepcion with her widowed mother. In keeping with Spanish norms, which were clearly stated in the context of sending 10 female foundlings to California in 1800, Señorita Lorenzana was supposed to marry and bear children to bolster the population of the northern borderlands of the Spanish empire. She never acquiesced in doing either, despite a proposal from a young Californian. Her strategy for avoiding marriage, “because I was not particularly inclined toward that state even though I knew the merits of that sacred institution,” was to perform valued work by cooking, nursing, and caring for the Native Americans who lived near the mission. “La Beata” was respected, admired, and loved for her life of service, and thus maintained control of her own sexuality and lived a life of independence, supporting herself by working for the Church. Her efforts resulted in her being one of the very few women in California to receive a land grant in her own name. 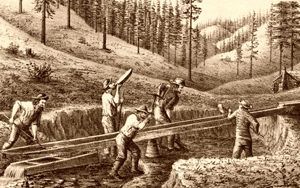 The great watershed in California history began with the American conquest of the Mexican province, followed almost immediately by the discovery of gold in 1848, widespread immigration in the rush to the goldfields, and California’s admission to the Union in 1850. Socially, economically, and demographically, California became unrecognizable almost overnight as San Francisco changed from a small town to a bustling port and mining camps and villages sprang up all along the eastern slopes of the Sierras.

Both American and foreign immigrants added to the diversity and complexity that already existed in California society. Several mulatto families had traveled to California with Anza, and intermarriage between races was so frequent that the racial classification system in colonial New Spain was highly formalized—including terms such as “castizo” and “morisco.” One scholar noted that “approximately 55 percent of the Spanish-speaking population in California in 1790 was of mixed heritage” and 20 percent may have possessed some African ancestry.

Forty-niners were drawn to the goldfields from all around the globe. Of particular interest — because the Asian population of North America before the Gold Rush was extremely low — are the number of immigrants from China who sailed to Northern California within a narrow time span, creating a unique community there. Relatively few Chinese women immigrated: in 1890, there were 69,382 Chinese men in California and 3,090 women. San Francisco customhouse records for 1852 show that 20,026 Chinese arrived by sea that year; soon thereafter the city’s Chinatown included Chinese girls imported for prostitution, many of whom had been sold by impoverished parents or simply stolen off the streets in China.

The vast majority of men and women on the move to California during the Gold Rush, however, came from east of the Mississippi River. Many of them had already relocated once in their lifetimes to the old northwest, leaving for California from small farms in Illinois, Indiana, and Ohio. Others, including Mrs. D. B. Bates, the wife of a sea captain who had three ships burn under her during her voyage around Cape Horn to San Francisco, departed from the eastern seaboard. Those whose journey overland consisted of crossing the Isthmus of Panama wrote in detail about their novel experiences, including riding astride mules, sometimes wearing men’s clothing, sleeping on the ground or in Indian huts, and their horror at being served baked monkey for dinner. For some, it was an adventure, for others an excruciating ordeal.

Although the story of the trip overland from the east is well known to most, recent scholarship has helped us to understand more about the social and psychological effects of being uprooted from their homes and how life on the trail affected women. In her comprehensive work Women’s Diaries of the Westward Journey, Lillian Schlissel has identified and analyzed almost 100 diaries and journals kept by women moving west in the decades between 1840 and 1870. Schlissel points out that the decision to move west was generally made by male members of the family and was only reluctantly accepted by women. The difference between men and their wives in their willingness to go to California was related to the life cycles of men and women: men were in the most active phases of their lives and were eager to break free and take whatever risk might make them wealthy. If their search for gold proved unsuccessful, they could obtain land and resume farming. The majority of the women, however, were in their childbearing years and at a stage in their lives where they wanted to put down roots and enjoy a sense of community and the company of other women and their families; many went to California reluctantly.

The long journey to California exacerbated tensions in marriages, and women exercised their options in California when it came to seeking a divorce. There was a lengthy list of grounds upon which an action could be based, including “natural impotence, minority, adultery, extreme cruelty, habitual intemperance, desertion, willful neglect, consent obtained by force or fraud, and conviction for a felony.”