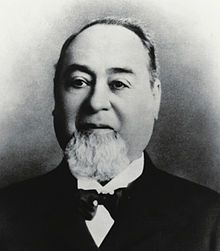 Born February 26, 1829, in Buttenheim, Bavaria (Germany), Levi Strauss was made for business. His father Hirsch sold dry goods, a business Levi’s two older half brothers, Jonas and Louis, would continue after they left for better opportunities in America.

Known by his Jewish name Loeb in his early years, Levi lost his father to illness when he was 16.  A couple of years after Hirsch died, Levi, along with his mother and two sisters, made the voyage to the land of opportunity in 1847. There, at the age of 18, he joined Jonas and Louis in the dry goods business, J. Strauss Brother & Co.

After learning the business, Levi headed for Kentucky in 1849 to help sell the families merchandise, offering an assortment of cloth and other dry goods out of a pack or trunk he carried around on his back.

When Levi’s sister Fanny and her husband David Stern helped expand the family business to the west coast, joining the thousands of others in the California Gold Rush, Levi decided to follow them to San Francisco, after becoming a U.S. Citizen in 1853. Not long after, he set up his own wholesale business called “Levi Strauss”, acting as an agent for his half brothers back in New York City.

Levi’s business was an immediate success, and by 1861 he had one of the best dry-goods outfits in the Bay area. As business grew, his brother-in-law David joined him, and soon they expanded, selling to more than just the miners looking for gold, adding clothing for women and children. Levi was modest in his success, living with his sister Fanny and David, walking each day to his office, and insisting the employees call him Levi. He joined an organization that helped needy Jews and assisted in raising money to build a temple and cemetery.

During this time, Strauss was unable to sell a large supply of canvas and hit upon the idea of using the durable material to make work pants for miners. Hiring tailors in San Francisco to make the pants from their homes, sales took off, as they were a hit with the miners who often complained that conventional pants wore out too quickly. Later he would switch the material to denim. 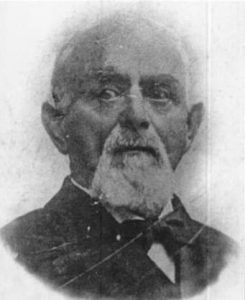 Meanwhile, in 1870, a woman approached Reno, Nevada tailor Jacob Davis wanting to order a pair of trousers for her woodcutter husband. Knowing that workers were looking for more sturdy clothes, Davis secured the pockets with some copper rivets he had sitting on his work table. Within just a few months Davis had orders for more, and by 1871 he decided he needed a patent on the idea.

In 1872, Davis, also a Jewish immigrant, sent a letter to Strauss describing how he had made the pants better by using rivets to make the seams stronger near the pockets and the fly.  Davis asked Strauss to help him financially to secure the patent for the improved pants, preventing other companies from using the same design.  Strauss, seeing the benefits of this invention, agreed to file and pay for the patent.

On May 20, 1873, the patent was granted to Jacob Davis and Levi Strauss & Company, and blue jeans were officially born. They began producing the riveted blue jeans from Strauss’s new factory at 98 Battery Street in San Francisco. Davis, moving to San Francisco and now overseeing production, began including a double orange threaded stitch design onto the back pocket to further distinguish the jean from competitors, a feature that also became a Registered U.S. Trademark. 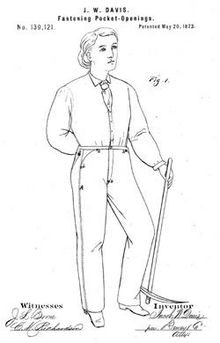 In 1874, David Stern died and Levi’s nephews entered the business. Strauss continued to make major company decisions but began other career pursuits as well. In 1875, Levi and a couple of associates purchased the Mission and Pacific Woolen Mills. In 1877 he became a charter member and treasurer of the San Francisco Board of Trade. He was also director of the Nevada Bank, the Liverpool, London and Globe Insurance Company, and the San Francisco Gas and Electric Company. His estimated worth by then was over $4 Million, which included real estate and his share of Levi Strauss & Company.

Strauss was one of San Francisco’s greatest philanthropists, contributing to Jewish causes as well as providing funds for 28 scholarships at the University of California at Berkeley, all of which are still in place today. In 1890 Levi and his nephews officially incorporated the company. That same year the XX waist overall was given the lot number “501”.

Levi Strauss died on September 26, 1902, and, having never married, left the bulk of his nearly $6 Million estate to his four nephews and other family members. He is buried in Colma, California. His legacy lives on through more than 200 million pairs of copper-riveted jean sales, with Levi Jeans becoming a standard element of the American wardrobe and beyond.

Jacob Davis continued to work in management, overseeing production until his death in 1908.