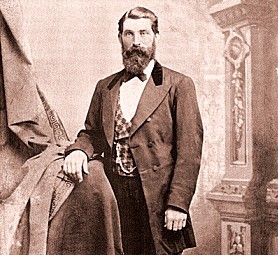 Born to Alexander and Elizabeth Vaughan on April 27, 1849, Henry Clay Vaughn entered life on the family farm in the Willamette River Valley south of Portland, Oregon. One of seven children, the family eked out a meager living, with the children spending more time helping out with the farm than they did going to school. Though Henry attended school sporadically, he never learned to write. When Vaughan was 12, the family moved to The Dalles, Oregon where they lived for five years before moving once again to Canyon City, Oregon.

Canyon City was in the midst of a gold rush and the Vaughans hoped to profit by starting a ranch to supply beef and horses to the many miners of the area.

As Vaughan grew to be a young man, he was a small unimposing figure who never weighed more than 130 pounds. But, pity the man who underestimated Vaughan, as he had learned to aim his six-guns with deadly accuracy. Moreover, he’d learned to drink with the same enthusiasm, which could often turn the average looking man into a quick-tempered, gun-toting hell-raiser.

Hank got into trouble for the first time at the age of 15. When a William Headspot refused to pay for a horse, the pair got into an argument and Vaughan ended up shooting Headspot. While out on bail, he shot another man who had filed the original complaint. Promptly rearrested, he was taken to The Dulles jail to await trial. His family soon intervened pleading with the judge to allow young Hank to enlist in the Army rather than facing his punishment. The judge agreed and Vaughan was on his way to the Army. However, that didn’t last long with the imprudent young man, who was dishonorably discharged some 45 days later.

In the spring of 1865, Hank met up with a horse trader named Dan Burns and they decided to head to the goldfields of Idaho. Along the way, the pair stole a large herd of horses in Umatilla County, Oregon, and were quickly pursued by Sheriff Frank Maddock and his deputy O.J. Hart. The lawmen discovered that the rustlers were camped near the Burnt River. Approaching the camp quietly in the early morning hours, they jerked the blankets off the sleeping men, telling them that they were under arrest. Both outlaws jumped up shooting. In the six-gun melee, Burns and Hart lay dead on the ground and both Maddock and Vaughan were wounded. Hank, fearing a larger posse might be on its way, escaped on horseback. However, he was caught several days later and taken to the Baker County Jail to stand trial.

Receiving a life sentence, Vaughan was sent to the new territorial prison in Salem, where he learned the skills of carpentry, bricklaying, blacksmithing, as well as how to read and write. When his family intervened once again, he was pardoned by the Oregon governor in February 1870.

Working with cattle and horses again, Hank set up shop at Toano, Nevada and was successful enough that he was able to purchase acreage near Elko. Acting ever the part of the gentleman, he was well-liked around town and in May 1875, he married Lois McCarty, sister of the notorious McCarty brothers.

The couple had two sons, Alexander in February 1876 and Albert in September 1877. But Hank wasn’t home very often, having a penchant for gambling and drinking. Often he was known while on a drinking spree, to unnerve many a saloonkeeper by riding his horses into a saloon, shooting out lights, and blasting glasses off of the bars. Lois soon left him, taking their sons with her.

Vaughan got into more trouble when he was involved in a gunfight in Arizona, where Hank took a shot to the head. Obviously not fatal, he then moved to Pendleton, Oregon where he once again began to sell horses and cattle to the area ranchers. He married again on August 31, 1878, to a Midwest woman named Louisa Jane Ditty. 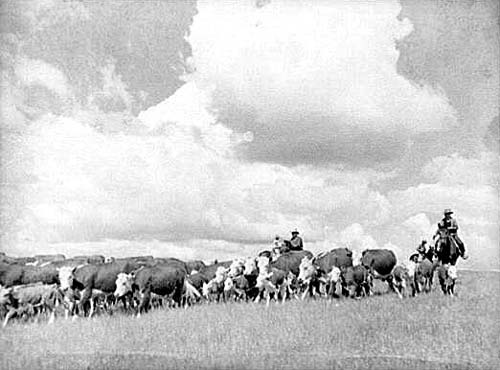 Hank wasn’t always coming by the cattle and horses he traded in a legitimate manner. Making friends with several of the Indians on the Umatilla Reservation, they helped him round up strays from cattle drivers in the Blue Mountains. Though several local ranchers began to suspect his activities, they couldn’t catch him.

His unsavory reputation began to spread and he soon set up a new operation at Spokane Falls, Washington. The location was ideal as it was on the cattle route to Montana. Selling horses to the cattle herders, he began to round up any strays in their herds and before long his reputation was known there as well. Returning to Oregon, he and Louisa lived in a remote mountain cabin in Sturgill Basin. But before long, Louisa left him too. 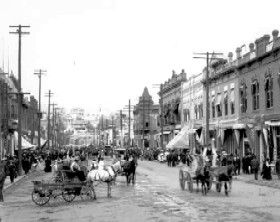 When he heard that a vigilante committee was forming to make things tough on cattle rustlers, he ventured into Prineville, Oregon to get the scoop. Appearing at Graham’s Saloon in Prineville, he searched out a man named Charlie Long, a ranch boss who worked for a man named Colonel Thompson, the leader of the vigilante committee.  Playing poker with Long, the game began to get rough and Graham broke it up.  Long and Vaughan met again at Til Glaze’s saloon, but when Vaughan bought a round of drinks for the bar, Long refused to drink.  Insulted, the affair escalated into gunplay. Long shot first at Vaughan, grazing his head and Vaughan returned fire, hitting Long four times.  However, before Long collapsed on the floor, he hit Vaughan one last time in the chest.  Miraculously, both men survived.

Hank recovered and was tried at The Dalles, but was acquitted as Long had fired first. Soon he moved to Wood River, Idaho. Selling horses to the many men that were working on a new railroad, he again became prosperous. Soon he met the widow Martha Robie, who had inherited a large sum of money from her husband, and owned land on the Umatilla Indian Reservation.

Though not legally divorced from Louisa he married the widow Robie who began to travel frequently by train. Soon, Vaughan got a reputation for foiling train robbers and the railroad awarded him for his deeds with a lifetime pass.

Expanding his operations into Walla Walla and Spokane Falls, Washington, he had become successful enough to hire out his dirty work.  But as rangelands began to get fenced and railroads sped the posses quicker, cattle rustling was becoming more difficult. Soon, he set up a farm on the Widow Robie’s property halfway between Walla Walla, Washington, and Pendleton, Oregon.

When his divorce from Louisa was finally legal in June 1883, he could publicly acknowledge his relationship with Martha Robie. Though the pair appeared to get along better than Hank had with his two former wives, he still spent a great deal of time gambling and drinking in saloons.

Although the farm was successful, Vaughan wasn’t entirely finished with his rustling. Operating primarily at night, he often used his ex inlaws, the McCarty brothers to act as lookouts. Eventually, the ranchers began to form new vigilante committees, which stopped Vaughan from most of his rustling activities.

In 1886, Vaughan humiliated a man named Bill Falwell by shooting at the man’s feet to make him “dance.” Falwell, not the least bit amused, shot Vaughan in the right arm the following day. Later that same year, Vaughan and his new wife sold the farm for a tidy profit and moved to Centerville, Washington, where he continued to shoot up the town. 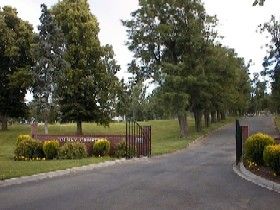 On June 2, 1893, Vaughan went to Pendleton to get his horse shod and visited several saloons while he waited. Later, he galloped his horse up and down Main Street whooping and hollering. Suddenly, the horse slipped and fell, crushing Hank beneath it. Suffering from a skull fracture he was taken to the Transfer House, where he lay semi-conscious for the next two weeks. He died on June 15, 1893, and was buried at the Olney Cemetery in Pendleton in an unmarked grave.

Saloons Of the Old West