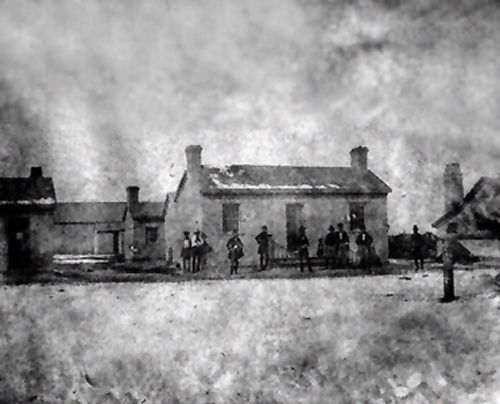 Whether you normally bypass or embrace historical sites of the American West rumored to have a possible haunted edge, a visit to the Camp Floyd Stagecoach Inn State Park Museum in Fairfield, Utah is worthwhile. Haunted or not, Camp Floyd and the Stagecoach Inn are unique and interesting historical sites well worth your time and attention. The alleged haunting is just the icing on the cake.

Camp Floyd is an intriguing former military post that housed the largest concentration of army troops in the U.S. from 1858 until 1861. When you consider the size of the Camp, it is almost unbelievable such a build-up was undertaken in Utah.

Camp Floyd was established in July 1858 under the command of Brigadier General Albert Sydney Johnston. There were 3,500 troops in Camp Floyd, including cavalry, infantry and artillery units. The camp was named after Secretary of War John B. Floyd and consisted of approximately 400 buildings. 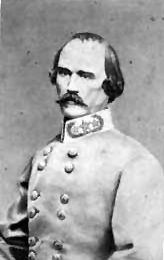 The army was sent to Camp Floyd by President James Buchanan in response to the perceived threat of an alleged Mormon rebellion that was rumored to be brewing and was referred to as the Utah War. It was a tremendous build-up of troops in an area that seemed far removed from any need for one. A full one-third of the army’s forces were eventually present in Camp Floyd at an astronomical cost to the Federal government.

The troops marched from Fort Leavenworth, Kansas to Fort Bridger in Wyoming and wintered there during 1857. In June of 1858, they arrived in Salt Lake City, then settled near Cedar Valley. The camp at Fairfield was begun in July and construction was completed by November of 1858.  Although the Mormon rebellion never took place, the burden of supplying the large garrison was costly. It was rumored that Camp Floyd was set up by Southern-sympathizer Secretary of War Floyd with the actual purpose of deliberately exhausting the federal treasury.

Before it was abandoned in July of 1861 and troops exited the camp to fight in the Civil War, Camp Floyd was briefly named Fort Crittenden after Secretary of War Floyd resigned in December of 1860. From some 7,000 residents, Fairfield’s population was reduced to just 18 families. Today, all that remains of elaborate Camp Floyd is a cemetery and commissary building near the Stagecoach Inn Pony Express site.

The story of Camp Floyd is intriguing and unique, but exactly how does it or the Stagecoach Inn relate to ghosts? Staff members claim to have felt strange presences at the Stagecoach Inn and had other paranormal experiences. One individual claims to have seen a ghostly dress floating in mid-air. Ghostly sounds and sights have been reported at Camp Floyd for decades, but it is only recently that they are starting to be taken seriously.

State Park management has asked paranormal investigators to visit the sites and explore the possibility that either or both areas are haunted. Manager Mark Trotter says he doesn’t necessarily believe the ghost stories he has heard over the years about Camp Floyd are true but think ghost investigations are fun. Of course, they don’t scare away the tourists, either. 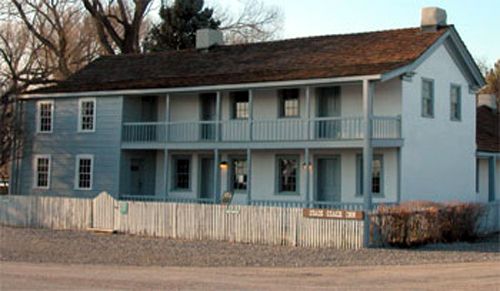 Hauntings and the American West seem to go hand in hand, and it’s no wonder given the hardship and heartache the expansion westward often entailed. Historical sites such as that at Camp Floyd and many, many others have long been rumored to be haunted. It’s part of the lure of many attractions and ghost stories make legends of the West even more intriguing.

Most historic site managers and directors do little to suppress or deny ghost stories that circulate, and many recognize the value of if not encouraging, at least not discouraging them. Yet, calling in the troops at Camp Floyd for repeated paranormal investigation reflects an unusually high level of enthusiasm. It’s an inspired, if uncharacteristic, approach to rumors of ghostly encounters.

As interesting as Camp Floyd and the Stagecoach Inn are without the possibility of ghosts, embracing the legends wholeheartedly is doing wonders for Camp Floyd’s popularity. As interesting as many Civil War sites are including the big ones like Gettysburg, how much more intriguing are they when we consider they might be haunted? Every bit of legend helps, and whether you believe or not, as Mark Trotter says, paranormal investigations can be fun.

Instead of balking at ghost tours and skipping historic sites based on rumors of hauntings, why not embrace the possibility or at least have fun being a confirmed non-believer? At Camp Floyd or anywhere you get the opportunity, supporting such sites may be what it takes to keep them in operation. Ghost hunting aside, it’s worthwhile remembering that the historical significance of these sites will be preserved only as long as they remain open. Far from detracting from the relevance or significance of historical sites, paranormal investigations may actually contribute to both.

About the Author: Valerie Mellema is a freelance writer living in Texas. She loves to travel and is always planning a trip, whether it be a weekend in Dallas, a week in Spain, or a relaxing cruise. Her writing business, Words You Want, provides a variety of writing services including article writing, eBook writing and other writing services on a wide variety of topics.