Fort Brown, in present-day Brownsville, Texas, was established in 1846 as the first U.S. military post in Texas. Brigadier General Zachary Taylor arrived at the site in March 1846 to occupy the territory claimed by both the United States and Mexico. The initial fort was an earthen fortification constructed by Taylor’s troops and called “Fort Texas.” When Taylor marched a large portion of his troops to Point Isabel (now Port Isabel), he left a garrison to guard the fort under the command of Major Jacob Brown. Taking advantage of the situation, the Mexican Army attacked the fort, sending part of their force to engage the central portion of Taylor’s force as it returned from Point Isabel. 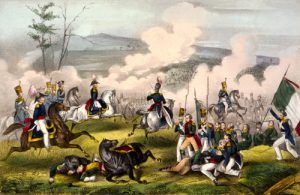 Taylor defeated the Mexicans at the Battle of Palo Alto on May 8, 1856, and at Resaca de la Palma the next day. These engagements were the first battles of the Mexican-American War and one of the most critical battles fought on U.S. soil. Following these defeats, the Mexican Army fled back across the Rio Grande. The fort was renamed Fort Brown in honor of Major Brown, killed in its defense.

Federal troops left the fort with Texas’ secession from the Union during the Civil War. It was then occupied by Confederate Colonel John “Rip” Ford and his troops until 1863 when Union forces finally drove them out under General Nathaniel P. Banks, who then camped in tents erected at the fort site. However, in 1864, Confederate forces under General J. S. Slaughter and Colonel Ford reoccupied the area and held the post until the war’s end.

In 1867, a permanent fort was constructed under the supervision of Captain William A. Wainwright. The post remained active into the 21st century, often manned by regiments of Buffalo Soldiers.

On August 13 and 14, 1906, the Brownsville Raid occurred, in which several unknown individuals raided the city, indiscriminately shooting up the town, killing one man and wounding another. 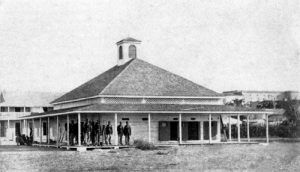 The townspeople quickly blamed the black soldiers stationed at nearby Fort Brown and, when the Army investigated the matter, they came to the same conclusion. The Secretary of War, William H. Taft, discharged all 168 black soldiers “without honor.” It would be another sixty years before a second investigation was held and the black soldiers had their honor restored. However, only two of the original 168 men were still alive by then. Historians today believe that the real culprits who shot up the town used the same caliber ammunition as the soldiers to frame them.

On April 20, 1915, the first U.S. military airplane to be attacked by hostile fire came from Fort Brown. The plane, manned by Officers Byron Q. Jones and Thomas Millings, was looking to spot movements of Mexican Revolutionary leader Francisco “Pancho” Villa. Though it did not cross the border into Mexico, it was fired upon by machine guns and small arms.

The post remained active through World War II but decommissioned in 1944. In 1948, the land was acquired by the City of Brownsville and Texas Southmost College. The fort buildings were sold or donated to various organizations and schools in the Brownsville area. Several buildings remain dating from the post-Civil War era, many of which are located on the University of Texas at Brownsville and Texas Southmost Jr. College campuses. A small portion of the earthwork fort remains as well. 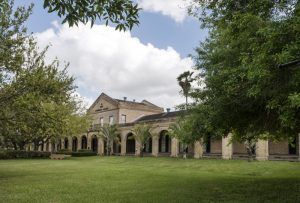 Amid Oxbow Lake on the University of Texas/Texas Southmost College is an island that was once National Cemetery.  However, in 1909, some 3,800 bodies were unearthed and moved to Alexandria, Louisiana. After the cemetery was moved, the island became a mecca for hotels and retail stores. However, it was later taken over by the college campuses and now houses several dormitories and is known as the “Village at Fort Brown.”

In the “village,” numerous residents have reported strange occurrences, including lights, televisions, and water faucets seemingly turning on of their own accord.

They have also reported seeing several apparitions including a small gnome-like black figure that leaves behind a sulfur-like smell, a small boy and girl who have been seen playing, and another young boy who has been seen in the Resaca area wearing 19th Century clothing.

The old fort morgue was joined with a storage building in 1940 and now serves as Texas Southmost College office space. Though no one seems to know by whom it’s haunted, it comes as no surprise.

During the fort’s heydays, the morgue was used extensively by Dr. William Gorgas. He dissected bodies to study the Yellow Fever disease in a futile attempt to find a cure. In any event, odd things are said to happen here, such as electrical appliances turning on by themselves, small objects leaping into the air, staff who have regularly felt a presence within their midst, and one who even had her hair pulled by an unseen entity. Others report anomalies in their photographs, including a solid dark image. 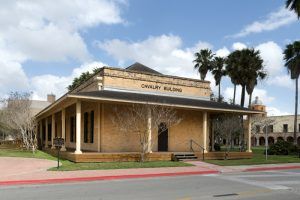 More strange events occur regularly at the former Post Hospital, now called Gorgas Hall, and serving as the Administration Building for the campus. Here, numerous patients with Yellow Fever were treated in the 1880s, many of whom, unfortunately, died. A ward on the second floor of the building was used for violent patients. The most often anomalies are the faces of former patients peering from the windows and captured on film, though they are apparently not seen with the human eye. Witnesses have also claimed to see a “face” appear on the surface of the brick wall.

Others have reported seeing spirits roaming throughout the building, including a doctor, a couple of nurses, and a mourning woman dressed all in black.  Faint voices, footsteps, and other unexplainable noises are consistently heard in the building.  Other unearthly happenings include doorknobs that seemingly move of their own accord, as well as objects transporting themselves.

The 1904 Commissary/Guardhouse building, now used as an art building, also has a record of hauntings. Its basement displays the metal grated cell gates where prisoners were once held.  Unfortunately, for art students, their projects are often found to be missing or damaged. Others report feeling cold drafts, hearing distant voices, having been touched by unseen entities, and the sounds of scraping metal on the outside of the building.

The Little Chapel, which dates to 1868, also has its share of tales. Though it was moved from its original location, the “move” evidently brought its spectral phenomena with it.  Here have been heard unearthly footsteps, and inexplicable shadows and movements have been reported.

Tales of the Arnulfo L. Oliveira Memorial Library date back for decades. One of the oldest stories is of a night janitor who was startled when he stepped outside of the library to witness what appeared to be the entire fort still in action — cavalry soldiers on horseback and infantry soldiers marching on the former parade grounds.

Other claims include the spirit of a young girl, appearing in 19th-century attire, who appears on the second floor. 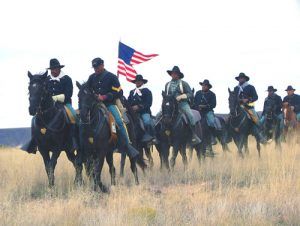 Ghost Hunters, who have investigated these buildings, support many of these tales, having recorded strange anomalies on film and voices on recordings.