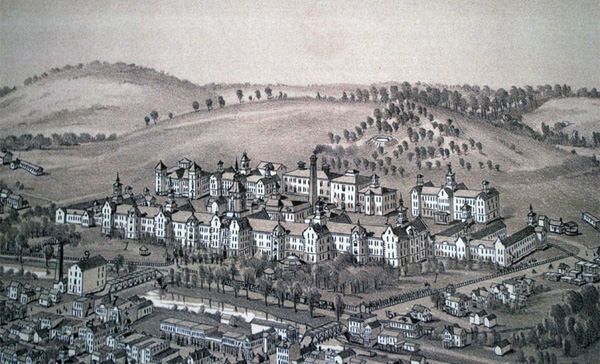 The tales of hauntings and unearthly spirits lurking within the building and on the grounds started long before it ceased to be a hospital. After a few decades, the reports of hauntings and the sounds of restless souls became commonplace. In fact, some workers were said to have stayed only a few days, quitting after hearing inexplicable noises, such as the squeaky wheels of gurneys rolling along a tiled hallway.

Thousands were committed to the asylum over the years, and many unfortunately died here. Over 2,000 people are buried in the cemetery.

The spirits are numerous and range from Civil War era ghosts to children, to ex-patients and staff.

Murders, rapists, and other violent offenders are said to continue to dwell in the building along with others whose only crime was depression or substance abuse.

Sightings include staff and visitors seeing ghostly figures walking through the hallways at night and glimpsing shadowy figures at all hours. One doctor even reported that a spirit followed her home and continues to trouble her to this day. Others have reported seeing a ball of light moving in a hallway and spying apparitions dressed in white.

On the first floor of the building, which is called the Civil War Wing, and is the oldest part of the hospital, is said to lurk a former patient by the name of Ruth. Though it is unknown the reasons why Ruth apparently hated men and had a practice of throwing things at them. Today, her spirit still wanders in the hallways, where people have been pushed up against walls and have heard whistling sounds emanating in the hallways.

In Ward 2 of the second floor, a couple of violent events occurred. In one room, a man was stabbed 17 times by another patient. In another room, two patients committed suicide by hanging themselves from curtain rods. Here, shadowing figures have often been seen and on at least one occasion, an EVP captured someone saying “Get out.” 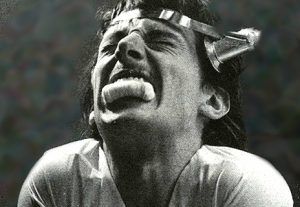 The third floor is where two patients tried to hang another patient and when he didn’t die, bludgeoned him to death. The ghost of the murdered man is said to continue to haunt the room in which he was killed. Another ghost by the name of Big Jim is also said to maintain a presence on this floor as well as a nurse called Elizabeth. Other occurrences on this floor include doors that close by themselves, fleeting glimpses of apparitions, shadowy figures, and a number of strange noises which have been caught on EVPs.

Located on the fourth floor is another well-known spirit – a child named Lily, who sits patiently in a room filled with toys, waiting for someone to play with her. Wearing a white dress and said to be about nine-years-old, Lily likes to play games with visitors and staff, as toys move around of their own accord and a music box turns on by itself.

Legend has it that Lily was a little girl who spent all or most of her short, sad life inside the walls of the asylum. One story says she was dropped off at the hospital by her parents, while a second tale states that she was born there to a committed mother. She died of pneumonia at the age of nine and has never left the only home she had ever known. 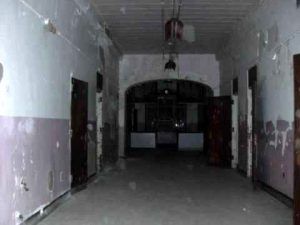 Though Lily appears to be pleasant enough, other more sinister spirits seem to linger on the fourth floor including a black mass like object and a strange apparition called the “creeper” that crawls along the floor. The sounds of something or someone banging on pipes is often heard here.

Another ghost on the fourth floor who many have seen is a soldier who they call Jacob who is said to stroll the hallways.

Other paranormal activity includes objects that seemingly move of their own accord and visitors’ reporting the feeling of being watched. 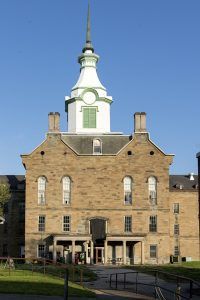