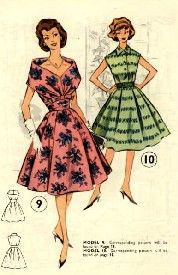 The Sixties. All you have to do is say it out loud, and people of a certain age immediately smile. Kids today are wearing Sixties fashions – bell bottoms, peasant tops, faux fur trimmed jackets – largely in tribute to this great decade. When the Sixties happened, the Western world came of age. It was a ten-year renaissance; music changed, art changed, computers came into widespread use, and the television changed the way people perceived their relationship with the Establishment forever.

For a decade that claimed to be all about peace, the Sixties were remarkably violent. In America, President Kennedy was assassinated, followed by his brother. Reverent Martin Luther King Jr. was shot. War erupted in Southeast Asia – again. In Britain, troops went to Northern Ireland in a “limited operation,” where they remain to this day. Violence begat violence on campuses all around the world. And the youth started making their voices heard.

But there was much more to Sixties history than violence. In fact, the refrain “Make Love, Not War,” was the true chant of the younger generation, led by emerging rock bands like The Beatles, The Rolling Stones, and The Who. And with these rock bands, Britain re-invaded and conquered its former colonies; there were times that American rock bands couldn’t even make it onto the charts.

But if the British conquered America’s music scene, America slipped in and conquered the British television and movie scene – at least for a while. Star Trek and cartoons like the Flintstones became wildly popular in Britain, just as they were in the States. And Marilyn Monroe and John Wayne stalked the big screens, both mesmerizingly attractive in their own ways.

With the invention of the birth control pill, free love became another mantra (and “mantra” is another word introduced in the Sixties). Young men and women were freer to have relationships with one another, and they did. With this one change, the entire relation between men and women was undermined; no longer did “good girls” have to stay celibate to remain out of trouble. And now both young men and women were free to explore their sexuality. It made a more profound impact in Western society than most of us want to admit, even today.

All You Need Is Love: Sixties Events 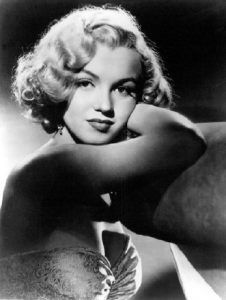 Renaissance. From the bottom to the top, the Sixties were a time of change on every level. And you could tell. The most remarkable change was in the transformation from the socially-conservative fifties to the anything-goes seventies. This volcanic change was brought about by huge changes beneath the surface.

Probably the most important change was in how people saw one another. Women and men suddenly had a different, and more complex, relationship than ever before. Ethnic groups, too, were making their voices known in more and more places around the world. In the US particularly, Blacks and Native Americans participated in radical movements to change the discriminatory habits of their homeland. This enormous social and cultural movement spilled over into Europe and Africa, and was watched with great interest by the rest of the world. Would America be destabilized or changed forever?

Art and music, influenced by the changing social attitudes, the influx of drugs, and a more free, independent spirit born in the Beatniks of the fifties, underwent a transformation. Pop art, both paying tribute to and casting scorn upon the modern world, became influential. Rock music and concerts became a primary mover of society; rock artists were not only performers, but political activists.

You Say You Want A Revolution: Sixties Music 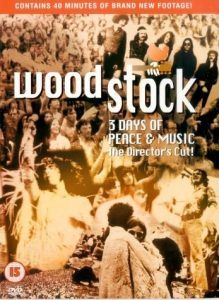 What can be said? Everything changed. Everything. Radio and music created the first rock superstars during the Sixties, and bands from Britain’s rock underground erupted with real force, moving throughout the world with their new musical messages about love and freedom and real issues. Like the Romantics of the early 19th century, rock musicians turned the world upside down to find out what was on the bottom.

In Britain, the Beatles, the Rolling Stones, and other rock bands took over the music scene. The Americans weren’t far behind; Bob Dylan, Jimi Hendrix, and Aretha Franklin emerged as major talents in the second half of the decade. These bands are still played regularly on the radio today, and those who are still alive still perform today.

Have It Your Way: Sixties Food

Yet again, the Sixties contradicts itself; at the same time fast food restaurants started to develop the patterns they still hold today, health food and vegetarianism were gaining steadily in the eating habits of ordinary people. Hippies and other socially-conscious groups chose to eat no meat because they didn’t believe in killing animals, and they grew food organically because they believed in harmonizing with their environment.

But the Sixties is where McDonalds started growing strongly, challenged by Burger King and Burger Chef, and when a 65-year-old loser named Harlan Sanders opened a restaurant he called Kentucky Fried Chicken. While some were eating healthier food than people had ever eaten before, others were eating food that would lead to obesity and many other serious health problems that still exist today. 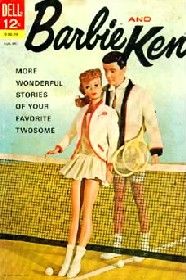 Fun For A Girl And A Boy: Sixties Toys

The golden couple of the Sixties were undoubtedly Barbie and Ken (although Sindy and Paul were pretty close). These lifelike, though not anatomically correct, dolls and their armies of friends and accessories fulfilled many little girls’ dreams, and shaped how they thought about becoming a woman. Barbie was the first career woman many girls came in contact with, and she was very unlike their mothers! The boys weren’t left out, though; Matchbox cars were introduced for them, and vintage Sixties Matchbox cars are still collectors’ items today.

For older kids, Twister was invented in the Sixties; it’s still popular today both as the old game and as more adult versions.

They Had A Dream: Sixties Celebrities

Do You Remember When We. . . : Sixties Memorabilia

Today, you can get a little taste of the Sixties again by collecting memorabilia. There are people who decorate entire rooms in a Sixties theme. If you don’t have the money to pick up authentic Sixties collectibles, you can always buy some of the newer Sixties-inspired products.

For instance, lava lamps are back with a vengeance, as are psychedelic colors and designs. There are entire stores based around selling Sixties movie and concert posters. Beatles memorabilia, authentic memorabilia, is not as expensive as you might think; the Beatles were the first celebrities with their faces stamped on practically everything, and as a result you can find coffee cups, coasters, plates, clothes, and lunchboxes generously decorated with the Fab Four’s faces. Inflatable furniture is back too, just like bell bottoms and miniskirts.

The Sixties may be gone. But they’ll never be forgotten.

About the Author:   Phil Edwards is a freelance writer in London, co author of several websites.