“The first time I saw the place that now bears my name, all I wanted to do was be somewhere else.” 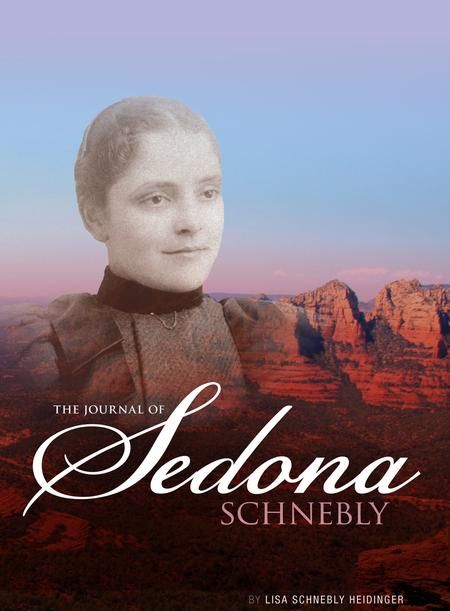 So begins “The Journal of Sedona Schnebly,” the story of an enigmatic woman whose husband gave her name to the town in Oak Creek Canyon, which hosts as many visitors as that other, bigger canyon up the road: The Grand Canyon.

People who come to Sedona tend to fall under the spell of the red rocks, vivid blue skies, and year-round watercourse—a rarity in arid Arizona. And they wonder about the woman whose mother maintained she “just made it up” when asked where Sedona Arabella Miller’s name came from.

In the book, 13-year-old Sedona chafes under the restrictions of society.

I feel nervous, like an unbroken horse. I want to be out. Not just outside. Out in a bigger sense. Things feel too tidy, too constraining. Too comfortable. Dinner will be at six. The napkins will match. My shoes are the right size. Our nightgowns are clean. All just right. All predictable.

I know Lillie would say, “Oh, perhaps you’d like tight shoes and a dirty nightgown?” But it’s just so organized. Everything’s already figured out and done. There’s no horizon to sail off toward.”

But after her parents wrote her out of the will for marrying a Presbyterian instead of a Methodist, Sedona got more adventure than she’d ever dreamed. Arriving in Oak Creek, she was greeted by only a tent house. No other people. No streets. No civilization.

More daunting than the humble shelter was the vast swath of wilderness all around it. This was not a place people lived. I’d been to St. Louis, so I knew what a city was like. I’d never been anywhere so empty of human influence. Never mind streetlights, or even streets; no houses for windows, let alone lights shining in them…the only light was fading around us. The endlessness of all this nature, looming and rustling, made our tent seem like a fairy-sized dwelling. We were alone out here, with no protection save Carl and his rifle. Animals, including predators, outnumbered us by dozens or even hundreds.” 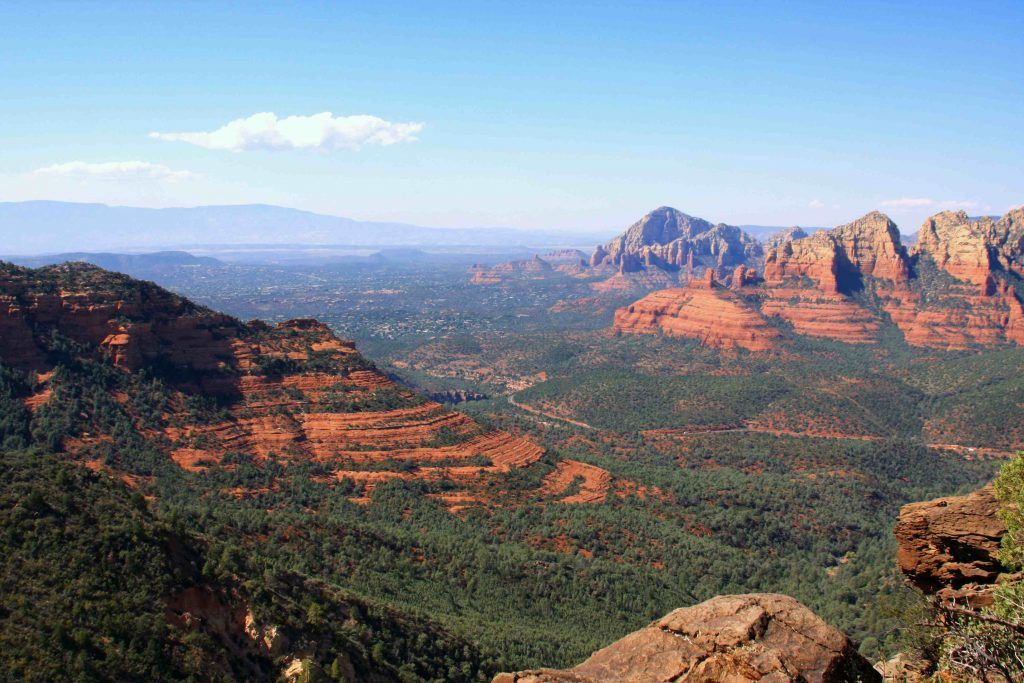 Then seeing her new home in the light of day, Sedona’s feelings changed:

First, the rock was surreal. Mountains and hills and fortresses and then stone spires on top of those other things, all in deep rust-colored richness, some with bands of lighter color as straight as if made by a master craftsman (which I guess they were). They seemed more three-dimensional than things back home. Then everywhere that wasn’t taken up by those endless variations of stone was filled, festooned, decorated by green growing things, and laid over all was the music of the water. Whatever fatigue remained was replaced by energy. I felt healed of some miasma I hadn’t known I had. I was galvanized, grateful and ready to begin.”

“Sedona was intensely private; her husband T.C. (Carl) was the one who wanted to bring every stranger home for lunch,” says Schnebly Heidinger. “He was ambassador of Sedona, Arizona, and loved telling people about how the rock formations were named, which early settlers lived in what areas, and how he led a crew of men to build Schnebly Hill Road.” 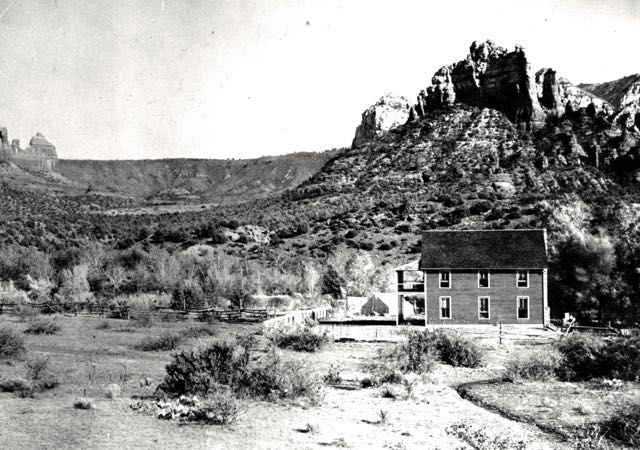 Arriving in 1901 to the area T.C.’s brother had begged them to see, T.C. and Sedona had enough money from selling out his interest in a hardware store in Gorin, MO to bring seedlings and seeds, as well as all their possessions, in a railroad car. This gave him a leg up in commercial ventures: the trees bore fruit quickly, he was able to hire help to build a large two-story house to take guests, and his untiring wife cared for guests while he drove up and down Schnebly Hill Road, delivering produce and bringing back lodgers.

When people get off the train in Flagstaff and ask at the station how to get down to Oak Creek Canyon, they are told to walk over to the Babbitt store and enquire when Mr. Schnebly will be coming back. Then they can ride down with him (I presume if it’s a matter of days, they seek lodging; sad to be propped on a chair near the hard candy, yawning in perpetuity). When Carl arrives there, he conducts his business and brings them back to Oak Creek in the wagon….no matter what. It might be consumption that brings them west. They may be shady or surly; traits and disposition wash over him like the color of someone’s hair; it simply is. He is genial and welcoming to all.

So we’ve hosted the proverbial beggars and kings; while those who Carl quietly assesses as being comfortable of purse pay a dollar a day, visitors just as often look like their last coin has already disappeared. With them, his vague, ‘Well, we’ll settle up before you go,’ is usually the end of financial discussion.” 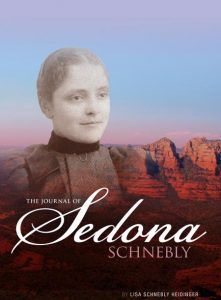 While I love few things more than the late-afternoon respite from chores that involve a great deal of moving about, and can sit peacefully to stone cherries or string beans or mend in the hour before dinner preparations are in full swing, sometimes it turns into a bit of heavy lifting of its own: wives can be bored and want to be entertained.

They ask anything from if I’ve ever met an Indian (I have) to whether I’ve ever been attacked by one (I have not). If their poor eastern faces then go a bit crestfallen, I cheer them up by telling them about killing rattlesnakes with a rake. That never loses its savor: the women perk up and chatter like magpies, wanting to know if it’s hard (not terribly), how long the snake continues to move (depends), and if I’m scared (always).”

Sedona raised her three children in comparative wilderness until the tragic death of five-year-old Pearl plunged her into a depression. They returned to Gorin to reconcile with family and then homesteaded in southeastern Colorado before finally returning to the place they loved.

By the time they returned, Sedona had become a mecca for artists and movie people. Sedona still didn’t like meeting strangers.

Often these enthusiastic visitors looked a little disappointed when they meet me. They hoped for a sandstone sprite, and instead, they get this very reserved normal person quite probably scented faintly of potatoes or jam or something equally mundane.” 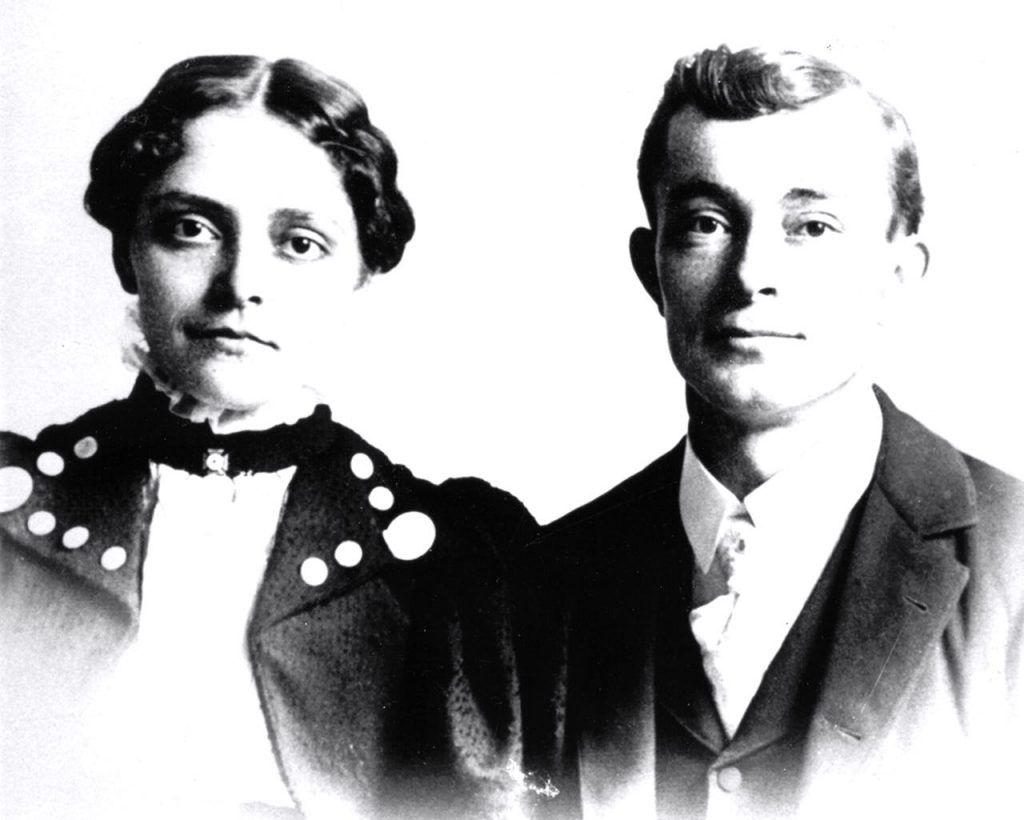 The entire town turned out when the couple celebrated their golden wedding anniversary.

I can’t believe I’ve been alive for fifty years, let alone married that long. But I also don’t recall a time we weren’t together.

Carl had a softer, rounder face as a young man. Now what stands out is that very determined jaw. I guess I’m glad there will be pictures taken later, even though I am uncomfortable being in them. We are not the somewhat formless young people we were when we married, or when we came here the first time. We’ve been carved into different statues…statues that stand close to one another.

It’s wonderful to contemplate. A half-century of Carl and I being the most important people in the world to each other. ‘Golden’ is a good word for that.”

You can order “The Journal of Sedona Schnebly” from Amazon, and see all the photographs in the book along with text about each image, at sedonaschnebly.com  ISBN: 978-0-930831-09-7

More about the book:  Sedona Arabella Miller Schnebly followed her husband west when their small Missouri town condemned his Presbyterian religion. Arriving in Arizona Territory in 1901, they planted orchards and hosted early tourists in what is now named Sedona. This vivid journal of her life introduces you to a pioneer family: from their genteel upbringings through adventures with rattlesnakes, trappers and colorful guests. With 30 photographs from family collections, this volume of Sedona Schnebly’s experiences and ruminations draws you into a fiercely private woman’s life that is by turns amusing and heartbreaking, and always fascinating. 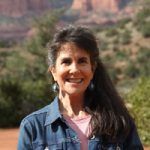 About the author: Great-granddaughter of Sedona Schnebly, Lisa Schnebly Heidinger has written nine other books about various aspects of Arizona before this tour de force journal: a culmination of decades conducting interviews and exploring archives. Voted OneBookAZ author for her Arizona Centennial book, she shares Sedona and T.C. Schnebly’s deep love of Arizona and of travel. A former television and newspaper reporter, then editorial columnist, she loves drinking at historic hotels, doing anything outside, and coffee; she vowed she’s never had an undrinkable cup, although the one made in the morning and purchased at 4 p.m. from Grey Hills Trading Post came closest.

Historic Text of the American West