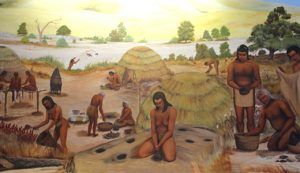 The people’s own name for themselves is the “Te’po’ta’ahl” or “People of the Oaks,” according to current tribal leadership. They appeared to have lived in conical houses of brush or grass and lived by hunting and gathering. Not having canoes, they subsided more on hunting than fishing, supplemented with plant foods such as acorns and grass seed. At first contact, they were estimated to have numbered between 3,500 to 4,000.

The missions of San Antonio and San Miguel were established in the Salinan territory in 1771 and 1797. Like other tribes, the Salinan Indians decreased rapidly during mission times, the number had fallen to fewer than 700 by 1831, and then even more rapidly. By the early 1900’s they numbered only about 20 people, living near Jolon, California. 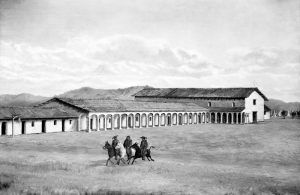 However, the Salinan language was spoken until the 1950s. Today there are still Salinan descendants living in California but there are no federally recognized tribes. They are working on reconstructing their language and culture for historical purposes.