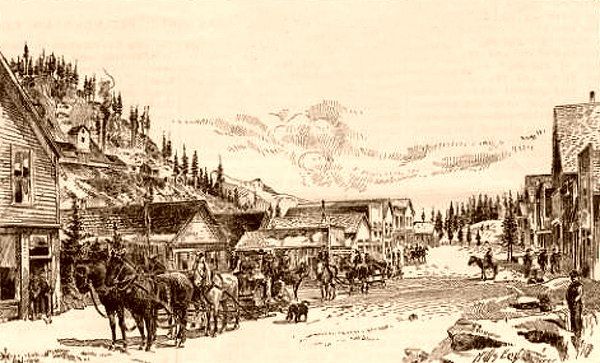 “Red Mountain was the mecca for all who were allured into the San Juan by the fickle goddess of fortune.” — Denver Times

The ghost town of Red Mountain Town, Colorado is located in the Red Mountain Mining District, about halfway between Silverton and Ouray.

The first Red Mountain Town was settled in 1879 when silver deposits were found nearby. The mining camp was first called Sky City and was situated below where the National Belle Mine would later be located. Unfortunately, for these miners that first made their camp here, it was wintertime and when spring came, the town’s residents found they had built in a very swampy area.

In the meantime, several other mining camps were also established in the immediate area, including Rogersville, which was immediately below the National Belle Mine, and a tent town Hudson, later called Barilla, which was located just over 1,000 feet to the south of Rogersville. 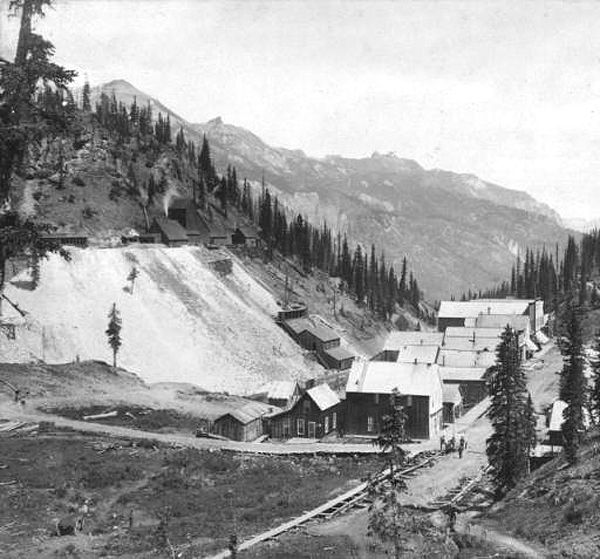 Early on, a surveyor from Silverton, made a town plat of Rogersville with four streets that contained the first businesses. At about the same time, the miners from Red Mountain Town decided to pick up and move next to Rogersville, which was only a few hundred yards away. It was also closer to the National Belle Mine and to Otto Mears’ toll road. At Barilla, a town company was formed and a post office was petitioned for, even though there were no wooden structures yet. However, when a post office was established in January 1883, it was called Red Mountain Town. Within no time, Red Mountain Town had two newspapers, the Excelsior House Hotel (later changed to the Hudson House), a two-story saloon called the Assembly Club, and numerous cabins.

Immediately, there was confusion between the two Red Mountain settlements, which was exacerbated by the way that newspaper stories referred to both towns, simply as “Red Mountain” leaving off the “Town” or “City”. The topic of the two Red Mountain mining camps was discussed across the district and the editors of the two respective camps’ newspapers exchanged jabs almost weekly. 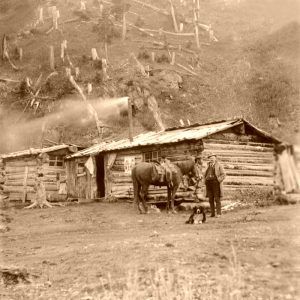 In the meantime, miners at the National Belle Mine discovered an immense cavern filled with pockets of gold and silver. This rich find was reported in newspapers across the nation. Within no time, investors from around the world began to deposit funds into the mine and into the town.

The Silverton Railroad began construction in 1887 and the line was completed from Silverton to Red Mountain Town in September 1888.

During its heyday, Red Mountain Town was the largest mining camp in the Red Mountain District, with a peak population of about 1,000 people. It was also one of the roughest towns in the district with numerous saloons, which also served as courtrooms and theaters.

In 1890, Red Mountain Town had a population of 598 with its own telephone office, two newspapers, a schoolhouse, post office, many saloons, and an escape-proof jail that was built on bedrock and had no windows.

In August of 1892, a serious fire destroyed much of the town. Starting in the kitchen of the Red Mountain Hotel, it quickly spread despite the brave efforts of the volunteer fire department and local residents. In the end, the blaze took out all 15 buildings along Main Street. Only the depot and the jail survived. The hardy people of the town soon rebuilt it. 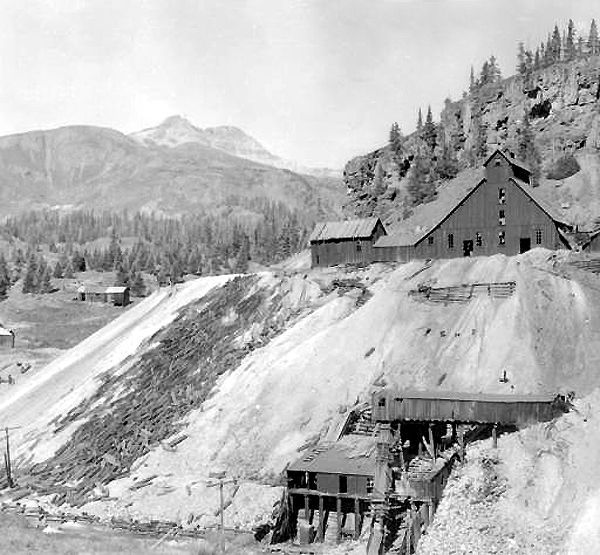 National Bell Mine by the Walker Art Studio, about 1938

The town was hit hard with the demonetization of silver in 1893 and the National Belle Mine closed.
The town suffered another fire in 1895. By 1896, it was called home to only 40 people. In 1897, the Guston Mine shut down. Before long, the Silverton Railroad stopped its operation to the town.

By 1899, only 12 people were calling Red Mountain Town home.

In 1901, some miners returned when the National Belle, the Guston, and a dozen other mines were consolidated. Many people predicted that the town and the mines would thrive again but they never did.

Today, there are only a few remnants left of this once great mining camp, including the headframe of the National Belle Mine, a leaning cabin, scattered debris, and foundations. 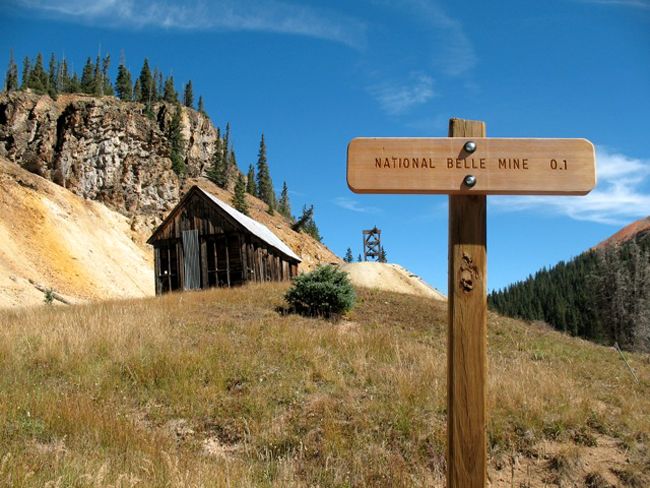 For a closer view, the Red Mountain District can be accessed with a 4-wheel drive, high clearance vehicle on County Road 31, 12.7 miles south of Ouray. This road loops through the district for several miles and eventually makes its way back to U.S. Highway 550. Numerous mining remains can be seen along this trail, which also includes the mining towns of Guston and Ironton, and the famous Yankee Girl Mine, one of the most photographed mines in the state.