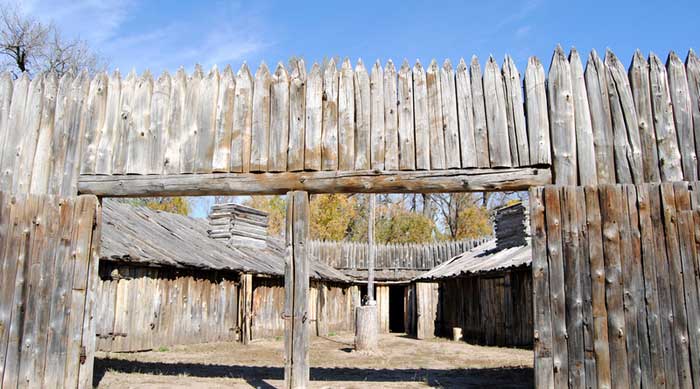 When the Lewis and Clark Expedition wintered on the Missouri River in present-day North Dakota in 1804-1805, they built a log fort, made of cottonwood trees, that they called Fort Mandan. The men in the expedition cut the lumber from the riverbanks in November 1804, building a triangular-shaped fort facing the river just downstream from the nearby Mandan and Hidatsa tribes’ villages.

Finding the Mandan Indians extremely hospitable, they named the fort for them. For the next five months, the fort was a beehive of activity, as the expedition made preparations for heading westward to the Pacific Ocean. While there, Lewis and Clark interviewed several trappers who could assist as guides and interpreters. 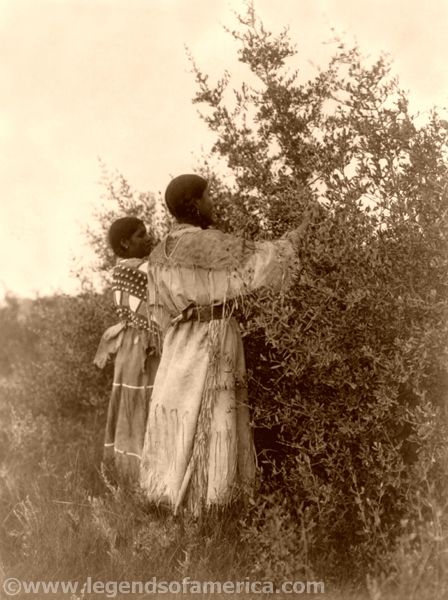 They quickly hired Toussaint Charbonneau as an interpreter when they discovered his wife Sacagawea spoke the Shoshone language, knowing they would need the help of the Shoshone tribes at the headwaters of the Missouri River. Sacagawea would end up being essential to the success of the expedition.

The expedition stayed at Fort Mandan until April 7, 1805, when they set out westward along the Missouri River. Over a year later, on their return in August 1806, they would once again stop, only to find that the fort had been destroyed by a fire. At that point, Lewis and Clark continued their journey back to St. Louis, Missouri while Charbonneau and Sacagawea remained with the Indians.

Over the years, the Missouri River slowly eroded its bank and shifted to the east, covering up what remained of the charred fort.

However, in the early 1970s, a local historical group constructed a replica of the original fort on the shores of the Missouri River two miles west of Washburn, North Dakota. Currently managed by the Lewis and Clark Foundation, the re-created fort is one of a number of stops on the Lewis and Clark National Historic Trail. A visitor’s center at the site provides information and exhibits. Just a mile and a half south of the fort is the Lewis & Clark Interpretive Center, which provides yet, more historical information.

Also nearby is the Knife River Indian Villages National Historic Site, a 1,759-acre national park that preserves the historic and archeological remnants of the culture and agricultural lifestyle of the Northern Plains Indians. Here, can be seen a visitor center and museum, reconstruction of earth lodges, and self-guided walking tours of three historic village sites that date back as far as 8,000 years. The 11 miles of trails also provide visitors with opportunities for bird watching, wildlife viewing, fishing, and picnicking. 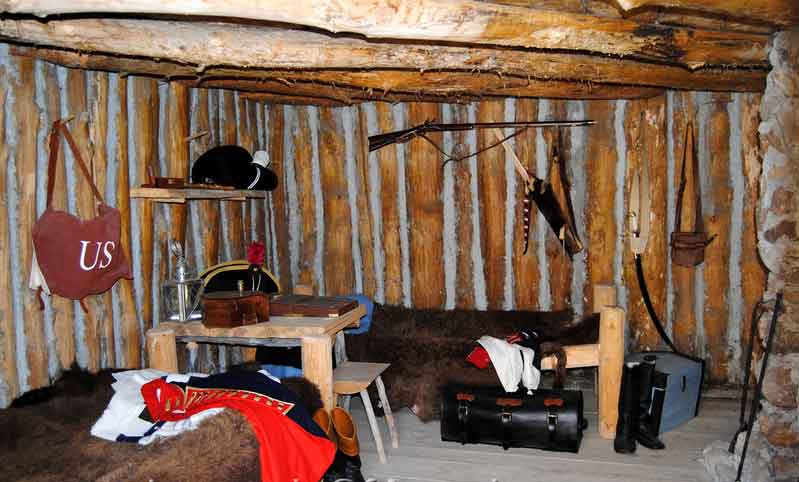