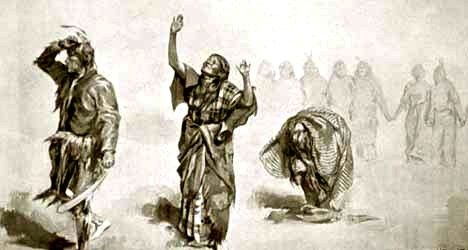 A Paiute medicine-man, Wovoka originated the Ghost Dance, which spread throughout the Native American tribes of the west, causing white settlers and officials a great deal of consternation. 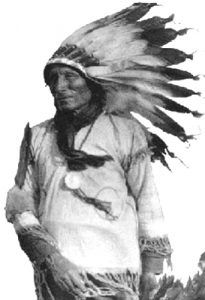 Born southwest of what is now Carson City, Nevada, in about 1856, his father, Tavibo, was also a medicine man. After his father’s death, the boy was taken to a white rancher’s from where he received the name of Jack Wilson, by which he was commonly known among the whites. However, when he grew up in Paiute, where he became a powerful shaman.

On January 1, 1889, he claimed to have had a prophetic vision during the solar eclipse, which entailed the resurrection of the Paiute dead and the removal of white settlers from their lands. To make the vision come true, he taught his people that they must live righteously and perform a circular dance called the Ghost Dance. At this time, conditions were terrible on the Indian reservations, and Native Americans across the west needed something to give them hope. In a series of five-day gatherings, Wovoka’s teachings spread quickly among many Native American peoples, especially the Lakota Sioux.

His teachings followed a previous Paiute tradition predicting a Paiute renaissance. Varying somewhat, it contained much Christian doctrine that Wovoka had learned while living with the white ranching family. When representatives from tribes all over the nation came to Nevada to meet with Wovoka and learned the Zuni, he told them to keep the reason for the dance secret from the Whites.

When the dance spread to the Lakota, the BIA agents became alarmed. They claimed that the Lakota developed a militaristic approach to the dance and began making “ghost shirts” they thought would protect them from bullets. They also spoke openly about why they were dancing. The BIA agent in charge of the Lakota eventually sent the tribal police to arrest Sitting Bull, a leader respected among the Lakota, to force him to stop the dance. In the struggle that followed, Sitting Bull was killed along with a number of policemen. A small detachment of cavalry eventually rescued the remaining policemen. 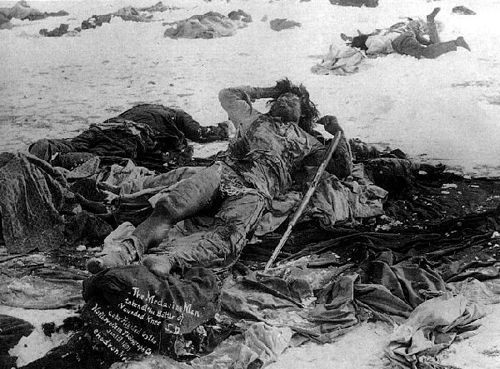 Following the killing of Sitting Bull, the United States sent the Seventh Cavalry to “disarm the Lakota and take control.”  During the following events, now known as the Wounded Knee Massacre, on December 29, 1890, 457 U.S. soldiers opened fire upon the Sioux, killing more than 200.

Wovoka died in Yerington, Nevada, on September 20, 1932, and is interred in the Paiute Cemetery in the town of Schurz. 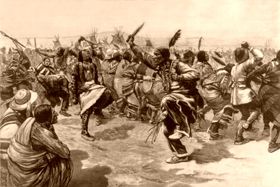 Ghost Dance of the Sioux, Illustrated in London News 1891

The Ghost Dance – A Promise of Fulfillment