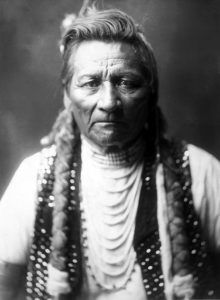 A Sahaptin tribe who lived for centuries on the Columbia River Plateau in northeastern Oregon and southeastern Washington, their name is translated several ways but, most often, as “many waters.” While the people have their own distinct dialect, their language is closely related to the Nez Perce. The tribe included many groups and bands that were often referred to by their village names, such as Wallulapum and Chomnapum.

A hunter-gatherer tribe, they lived in “tents” that were easy to move. However, their lodging differed from many other nomadic tribes, in that it was bigger and covered with tule mats rather than hides. Called a longhouse, it was made out of lodge poles much like a tepee, but was much longer, sometimes as much as 80 feet in length. Resembling a modern-day “A” frame house in appearance, the lodge poles were covered with mats made of tule, a plant that grows freely in the area along waterways. When the tribe moved, the mats were gathered and moved and the lodge poles left behind.

Beginning in the early 1700s the Walla Walla people raised great herds of horses, making their lifestyle much easier as they gathered seasonal plants. They also traveled across the Rocky Mountains to trade dried roots and salmon to the Plains Indians for buffalo meat and hides.

The people were first encountered by white travelers during the Lewis and Clark Expedition in 1805. The explorers were warmly welcomed by Chief Yellepit, whose village of about 15 lodges, was situated on the Columbia River near the mouth of the Walla Walla River. The communication between the two groups was made between a Shoshone woman who had been captured by the Walla Walla and the expedition’s guide and interpreter, Sacagawea, who was also of the Shoshone tribe. Though Yelleppit extended an offer to the expedition to stay with the village, Lewis and Clark were in a hurry to reach the Pacific Ocean. However, they promised to spend a few days on their return. In April 1806, as the explorers began to make their way back east, the expedition spent several days with the Walla Walla, during which time, gifts were exchanged and goods traded. Two of the items left by the expedition with the tribe was a peace medal engraved with a portrait of Thomas Jefferson and a small American flag. In their documentation, Lewis and Clark estimated the tribe’s numbers as 1,600; however, this probably included other bands now recognized as independent. 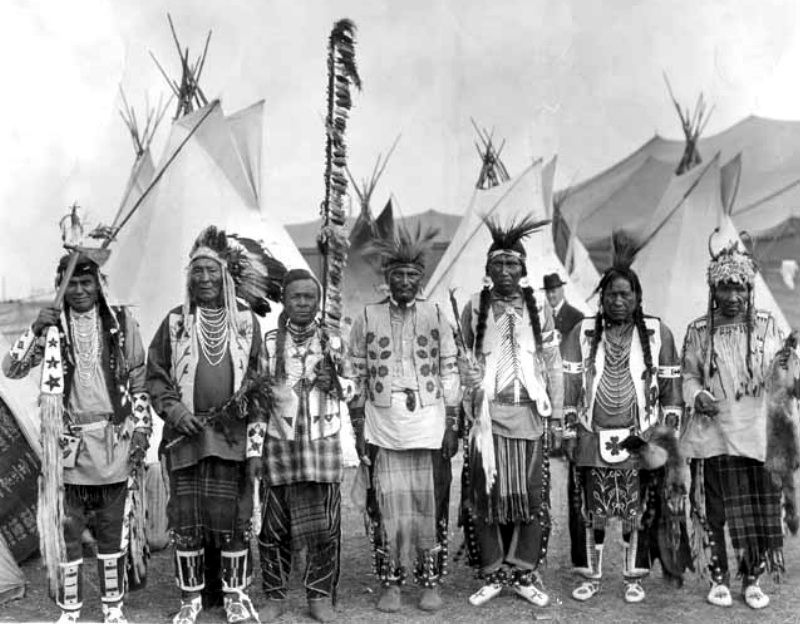 The next non-native to encounter the Walla Walla people was a trader by the name of David Thompson of the Canadian-British North West Company, who arrived in 1811. About five miles upriver from Chief Yellepit’s village, he staked a pole with a note claiming the territory for the British Crown and declaring that the North West Company intended to build a trading post at the site. Continuing downriver, Thompson stopped at Yellepit’s village, where he discovered the American “claims” in the form of Yellepit’s flag and medal. Though neither Lewis and Clark or Thompson had much power to actually lay claim to the region, Yellepit was very supportive of the idea of Canadians setting up a trading post nearby.

By 1855, thousands of settlers had arrived in the region along the Oregon Trail and there was an insatiable demand for land and resources by the emigrants. In response, the new Washington Territory governor Isaac Stevens began to heavily pressure the Walla Walla and other area tribes to sign treaties agreeing to give up land and move to reservations.

In May and June 1855, Stevens, along with Joel Palmer, Superintendent of the Oregon Territory, enacted three treaties at the Walla Walla Council. The Walla Walla, the Umatilla, and the Cayuse tribes were coerced to move from 4,000,000 acres of tribal lands to a reservation in northeastern Oregon, which was eventually reduced down to 72,000 acres over time. Other treaties were also established at the council with the Yakama, Palouse, and other tribes.

That same year, gold was discovered on the recently established Yakama reservation, and conflict erupted between encroaching white miners and tribes of the Plateau. Many tribes eventually united together under the leadership of Yakama chief Kamiakin, marking the start of the Yakima War. Though the Walla Walla were initially not involved in the conflict, they, along with the Umitilla and Cayuse were eventually pulled into it.

Today, many Walla Walla live on the Confederated Tribes of the Umatilla Indian Reservation. The Walla Walla share the land and a governmental structure with the Cayuse and the Umatilla tribes as part of the Confederated Tribes of the Umatilla. The three bands were united as a single tribal government in 1949 when the tribal leaders adopted a Constitution and By-laws. The confederate tribes currently have an enrollment of over 2,800 tribal members. The reservation is located in the area Pendleton, Oregon, near the Blue Mountains.