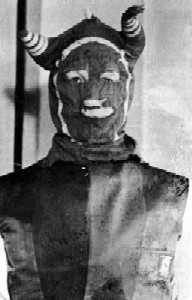 After the Civil War, Southwest Missouri was a devastated area characterized by a failing economy, high taxes, lawlessness, disorder, and a general breakdown of society, especially in small towns and rural regions.

When Nathaniel N. Kinney settled in Taney County, Missouri, in 1883, he found a deplorable state of affairs. Outlaws and renegades ruled, most of them holdovers from the bushwhackers and guerillas that rampaged through Missouri during the Civil War. After the war, the lack of even minimal law enforcement afforded outlaws free reign. Clans elected and controlled the local sheriff, whose authority was to subpoena jury panels. If outlaws or their relatives didn’t sit on the juries, they bribed those who did. As a result, although as many as forty murders occurred in Taney County between 1865 and 1885, not a single suspect was convicted. Taney County includes the towns of Branson, Forsyth, Hollister, Merriam Woods, Rockaway Beach, Table Rock, and Taneyville.

Nat Kinney feared no man, standing six feet six and weighing in at more than 300 pounds. After yet another murder on September 22, 1883, Kinney began to consider forming a law and order league patterned after other vigilante groups that were popular during the time. When a biased jury acquitted the murderer, Kinney called together 12 county leaders who met in secret, forming a committee to fight the lawlessness and elect officials who would enforce the law. The group became known as the Bald Knobbers. Though the Bald Knobbers began with “good intentions,” the violence displayed by the vigilante group eventually gained national attention.

The organization grew rapidly, and by the time they met on April 5, 1885, two hundred people showed up at a meeting on Snapp’s Bald, a hilltop south of Forsyth, Missouri. Kinney, an excellent speaker, was unanimously elected as their leader. Extracting a vow of secrecy from his followers, Kinney instructs them to recruit new members to carry out the group’s goals. 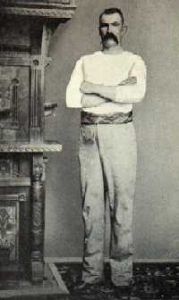 Within days, the Bald Knobbers made a public display of their force when over 100 hundred of them broke open the door of the Taney County jail and kidnapped brothers, Frank and Tubal Taylor. The Taylor brothers were well known in the area for their viciousness and were jailed for wounding a storekeeper during an argument over credit for a pair of boots. The local store owner, John Dickenson, happened to be a Bald Knobber. After breaking the two out of jail, the mob hauled the brothers south of Forsyth and hanged them.

The degree of violence appalled several of the founding members, who quickly dropped out, but the Bald Knobbers continued to grow, and before long, the group had between 500 and 1,000 members.

Kinney’s group began to further “correct” the lawlessness by making night rides to scare such “lowlifes” as drunks, gamblers, or “loose” women into changing their ways. They frightened wife beaters, couples “living in sin,” and men who failed to support their families. Sometimes they even called on those they considered “ornery.”

The community began to split into two factions – those who followed or supported Kinney and those who thought him a tyrant and wished him dead.

The violence increased as the group flogged or branded suspected thieves, arsonists, and robbers. They would hang or beat a man to death for assault, disturbing the peace, or destroying property. Some Bald Knobbers began to use their menacing power for greedy and selfish purposes as they went after men who owed them money or owned land they coveted. They “settled” feuds over fence lines and property deeds, whipped men for disrupting services in their churches or for supporting the wrong candidate in the election. 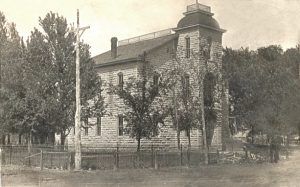 However, the harshest punishment was saved for those who talked against them. Some victims who resisted the Bald Knobbers disappeared. Several turned up in the woods, beaten to death. Those who lived to tell claimed that Kinney’s followers killed more than thirty men and at least four women, but estimates that are more realistic place the number between fifteen and eighteen.

As the Bald Knobbers grew in numbers and their violent acts escalated, a vehement resentment festered among a small group of men who called themselves the Anti-Bald Knobbers. However, the vigilantes thwarted every effort to mitigate the situation. The courthouse was burned down when a judge called for a state audit to ferret corruption among the county’s officeholders.

Twenty Bald Knobbers were arrested and most received light sentences ranging from fines to short prison terms. However, four were sentenced to death. On August 20, 1888, Nat Kinney was shot and killed by Billy Miles, a member of the Anti-Bald Knobbers, in a planned assassination. Though Miles was tried for Kinney’s murder, he was found not guilty based on self-defense.

Though the violence continued for a short time, by 1899, the era of the Bald Knobbers had run its course. 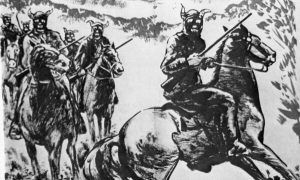 The Bald Knobbers were, in actuality, no different from hundreds of other law and order groups, which increased after the Civil War.