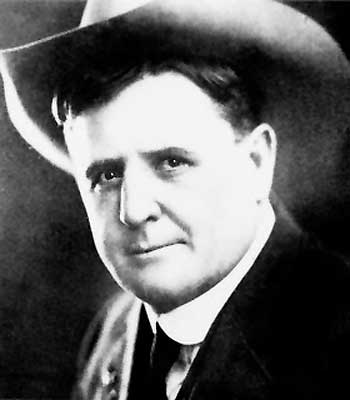 John “Jack” R. Abernathy, also known as the Wolf Catcher and Catch ‘Em Alive Jack, was the youngest and last U.S. Deputy Marshal in Oklahoma Territory, serving from 1906 to 1910.

John Reeves Abernathy was born on January 28, 1876, in Bosque County, Texas, the last of five children of Martin Van Buren Abernathy and Kittie Williams Thompson Abernathy. His father was a veteran of the Confederate Army’s Waco Rifles who fought through the Vicksburg and Atlanta campaigns before he was injured and taken as a prisoner of war. His mother was a widow of a Confederate soldier, who already had six children from her first marriage.

In 1882, his family moved to Nolan County, Texas and entered the cattle business. John, who was more often called “Jack” was raised in the burgeoning railroad town of Sweetwater, Texas. Learning to play the piano at a very young age, he was working in a saloon as a pianist when he was just six years old, during which time, he survived a gun battle that left bullet holes in the piano. By the time he was nine years old, he was working as a cowboy for the A-K-X Ranch, patrolling the fenceless prairie with a .38 pistol because a .45 was too heavy. Two years later, he helped drive a large herd of cattle 500 miles to market at Englewood, Kansas. At the age of 15, he won a job as a top bronc buster and “first saddle” on the J-A Ranch, which meant that it was his job to break the meanest, orneriest horses on the ranch.

The same year, he jammed his hand in the mouth of a large wolf. Amazingly, he was not injured because the wolf couldn’t bite down. However, he was in a stalemate with the wolf until another cowboy found him and extricated his hand. Afterward, Abernathy continued this trick, capturing hundreds of wolves single-handedly without ever having to kill one. Eager ranchers hired him to do this trick for $50. He then became known as “Catch ’em Alive Jack.” 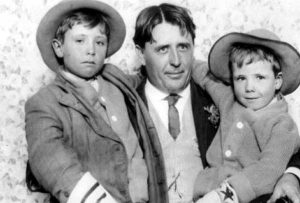 When John was 18, he met a music teacher named Jessie Pearl Jordan and fell in love. However, her parents did not approve of the match so the pair eloped on March 10, 1894. The couple would eventually have six children.

Abernathy captured over a thousand wolves in his lifetime. He then sold the animals to “parks, zoos, traveling shows, and firms which used them for breeding stock”. He also used the animals in his own shows, catching coyotes and large wolves in one place and transporting them to parks and prairies where he would stick his hand in their mouths again in front of an audience.

On Christmas Day 1904, Abernathy “entertained” crowds at Lyon’s Park in Texas. The owner of the park, Cecil Lyon, was a prominent Republican, and he told President Theodore Roosevelt about Abernathy. The next spring, Roosevelt, a collection of ranchers, Rough Riders, bankers, and other men gathered at Big Pasture, Oklahoma, for a hunt with the “bare-handed wolfer.” After seeing Abernathy, Roosevelt declared: “This beats anything I have ever seen in my life, and I have seen a good deal!” 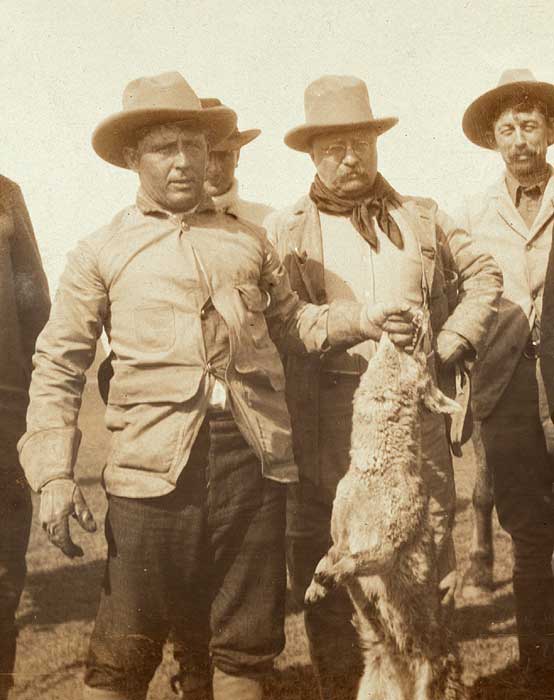 After this performance, Roosevelt and Abernathy became friends and Jack performed for Roosevelt for the next 14 years, traveling to Washington DC and New York to dine and regale the president with colorful western displays and tales. Roosevelt introduced Abernathy to many of the famous men of the day, including Mark Twain, Jack London, O’Henry, Frederick Remington, Thomas Edison, Alexander Graham Bell, and Andrew Carnegie.

In 1906, President Roosevelt appointed Abernathy as the U.S. Marshal to the Western District of Oklahoma Territory, at which time he was the youngest U.S. Marshal in history. Jack then moved his family to Guthrie, Oklahoma, which was to become the state capitol in 1907. Unfortunately, Jessie Pearl died in 1907, not long after giving birth to her sixth child, Pearlie Mae. Jack continued his job as a U.S. Marshal until 1910 and then moved his family to Wichita Falls, Texas area during the oil boom days and he became a wildcatter. Later he served as a judge.

In 1936, he wrote his autobiography, called The Life and Adventures of an American Pioneer. He died on January 11, 1941, and was buried at the Riverside Cemetery in Wichita Falls, Texas.

405 Magazine
Abernathy, John R.; The Life and Adventures of an American Pioneer, University of Nebraska Press, 1936
Find a Grave