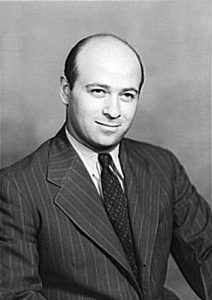 Jack Delano, who worked for the Farm Security Administration (FSA), was also a composer noted for his use of Puerto Rican folk material.

Born as Jacob Ovcharov in Voroshilovka, Ukraine, on August 1, 1914, he immigrated with his parents and younger brother to the United States in 1923. Between 1924 and 1932, he studied graphic arts, photography, and music at the Settlement Music School in Philadelphia, Pennsylvania. After being awarded an art scholarship for his talents, he attended the Pennsylvania Academy of the Fine Arts, where, from 1928 until 1932, he studied illustration and continued his musical training.

After graduating, he sent sample pictures and applied for a job to Roy Stryker, the Farm Security Administration’s photography program head. He was hired at a salary of $2,300/year and moved to Washington, D.C.

Sent all over the United States and to Puerto Rico, Delano took thousands of photographs for the FSA. In 1943, the FSA was eliminated, and the Office of War Information took over its tasks. Delano followed Styker to the new division. 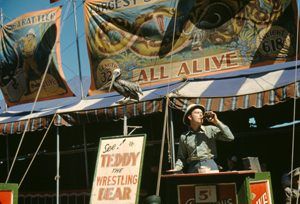 In 1946, he and his wife returned to Puerto Rico, where they settled permanently. There, he ran Puerto Rican Educational Television, taught music, composed music, and made films. He died on August 12, 1997.