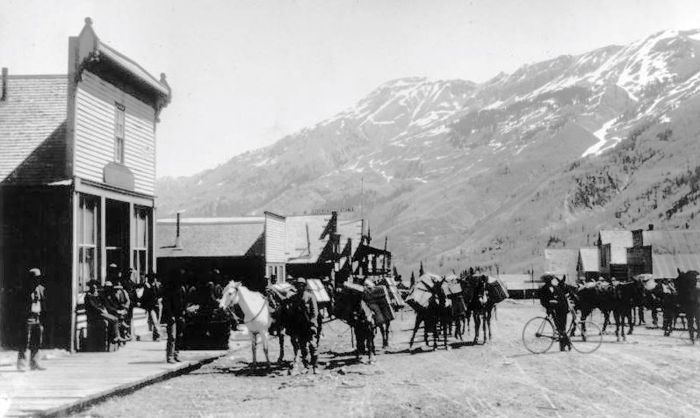 Located in a broad mountain valley at the north end of the Red Mountain Mining District, Ironton, Colorado, was established as a supply and shipping point for the area mines.

In 1881, prospector John Robinson and his partners discovered the rich Yankee Girl, Guston, Robinson, and Orphan Boy Mines, setting off a mining boom.

Below these mines, in a relatively flat valley, the settlement of Copper Glen was established by suppliers in 1883. Within three weeks, some 100 buildings were being built, including 12 saloons, four restaurants, and several stores. Many of these buildings were built as “branch stores” from merchants in Silverton and Ouray. In that first year, most of the people in the area referred to the mining camp as Ironton, after the area’s low-grade iron ore. When a post office was established, it took that name instead of Copper Glen. 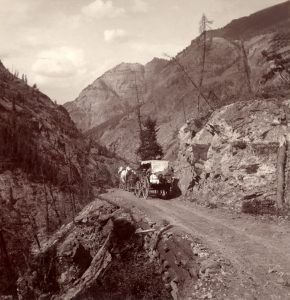 The townsite was platted in March 1884. The same year, Otto Mears completed a toll road between Silverton and Ouray, and Ironton became the primary transportation center for the mining district.

Supplies for the mines arrived from Ouray on mule and burro pack trains, carrying all manner of goods, including lumber, food, equipment, hardware, and more. On the return trip, the pack trains carried out the ore of the district.

The Silverton Railroad reached Ironton in 1889, and two daily trains began to make their way up over Red Mountain Pass from Silverton. A depot was constructed at the cost of $2,500. Heavy snows forced Mears to stop railroad operations between January and May each winter. The railroad dramatically reduced the shipping costs of the ore, making the mines more profitable.

By 1890, the town’s population peaked at 323 people and had a variety of businesses such as hotels, saloons, restaurants, and several mercantiles.

In 1893, the government demonetized silver, forcing most of the mines in the district to close. By 1897, the Silverton Railroad pulled back from Ironton to nearby Red Mountain Town.

In 1898 the area boomed again with the discovery of gold. Much of this precious metal came from the same mines that had earlier been worked for silver, such as the Yankee Girl, American Girl, Colorado Boy, Treasury, Genessee-Vanderbilt, and others were re-opened. 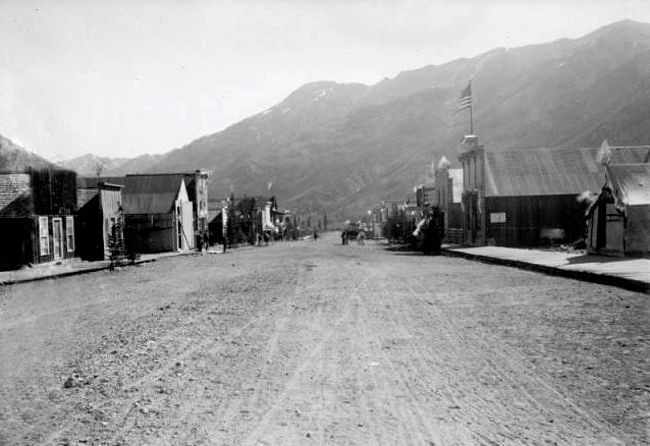 In the early 1900s, Ironton was kept alive by the Barstow Mine, which brought the ore down to the Barstow Mill for processing via an aerial tram. It was the main employer in Ironton for several years, producing $750,000 before it closed in 1917

In 1904, the Joker Tunnel project began that undercut the Genessee-Vanderbilt, Yankee Girl, Robinson, and Guston mines, and by 1907, the tunnel was nearly a mile long and intersected the mine workings 600 feet below the surface. The tunnel drained the mines of the water that had caused their closure. This last-ditch effort continued to produce ore until 1914, when the tunnel was closed.

Despite the renewed activity, the population of Ironton fell to 48 by 1910 and continued to drop. Ironton’s post office closed in 1920, and in 1921 the railroad ceased all operations. 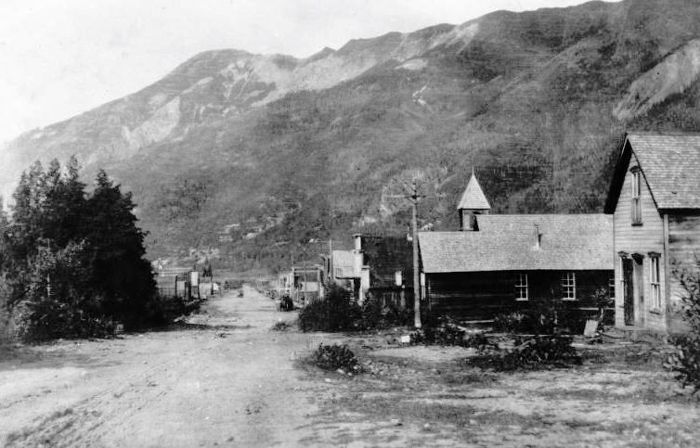 Afterward, the town suffered several fires, and many of the buildings collapsed under the weight of a century’s worth of snow.

The last inhabitants of the town were Harry and Milton Larson. Harry died in the 1940s, but Milton continued to live alone in the abandoned town until he died in the mid-1960s.

A few of the area mines were later reopened and consolidated by the Idarado Mining Company, which continued sporadic operations until 1978. 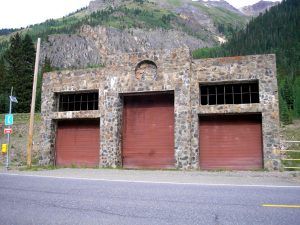 Stone garage built by the Saint Germain Foundation in 1952, near Ironton, Colorado. By Kathy Weiser-Alexander.

In 1938, investors in Ouray acquired several mining claims on the north end of Ironton Park for a ski area. They built a two-story lodge, a ski lift with seven towers, and cleared a run of approximately 1,800 feet. They created Crystal Lake and stocked it with trout, The lodge held its opening ceremony in 1940, but the resort was never opened to the public. The business partnership failed, and it was sold to the Saint Germain Foundation for a religious retreat. The foundation purchased additional mining claims until they owned an 800-acre site. Unfortunately, the lodge burned to the ground in 1952. All that remains today are the concrete foundations of the lodge and a stone garage on the east side of Highway 550. Today, the site part of the U.S. Forest Service

About a dozen Ironton structures remain at the south end of the townsite, including a distinctive house with bay windows known as the “White House, the mine superintendent’s house, the restored Colorado Boy Hoist House, and the Albany/Saratoga Mine smelter ruins. 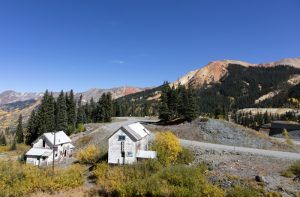 Houses at Idarado Mine, south of Ironton, Colorado ghost town by Carol Highsmith.

Today the town is owned by the U.S. Forest and Ouray County. The area is popular for cross-country skiing and snowshoeing in winter when it is closed to mechanized travel.

Irontown is located about eight miles south of Ouray. It can be accessed along County Road 20 and 20D east of U.S. Highway 550. 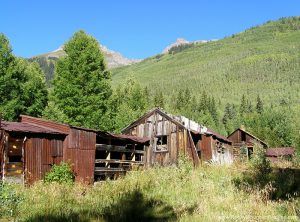