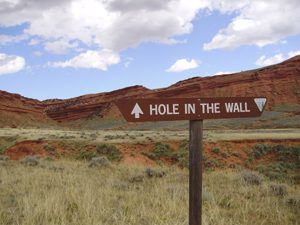 Photo by the Bureau of Land Management

The Hole-in-the-Wall Gang was not one organized gang of outlaws but instead was made up of several separate groups and individuals who made their hideouts within the pass in Johnson County, Wyoming.

These outlaws utilized the pass as not only a hideout, but many men used it as their base of operations. The gangs formed a coalition, each planning and carrying out its robberies with very little interaction with the other gangs. However, at times, members of one gang would ride along with other gangs, but usually, each gang operated separately, meeting up only when they were each at the hideout at the same time.

Geographically, the hideout had all the advantages needed for a gang attempting to evade the authorities. It was easily defended and impossible for lawmen to access without detection by the outlaws concealed there. It contained an infrastructure, with each gang supplying its food and livestock and its horses. A corral, livery stable, and numerous cabins were constructed, one or two for each gang. Anyone operating out of there adhered to specific rules of the camp, including a certain way in handling disputes with other gang members and never stealing from another gang’s supplies or stolen cattle or horses. There was no leader of the coalition as each gang had its own chief of command. The hideout was also used for shelter and for the outlaws to lay up during the harsh Wyoming winters.

Several posses trailed outlaws to the location, and there were several shootouts as posses attempted to enter, most resulting in the posses being repulsed and forced to withdraw. No lawmen ever successfully entered it to capture outlaws during its more than 50 years of active existence, nor were any lawmen attempting to infiltrate it by use of undercover techniques successful.

The encampment operated with a steady stream of outlaw gangs rotating in and out from the late 1860s to the early 20th century. However, by 1910, very few outlaws used the hideout, and it eventually faded into history. 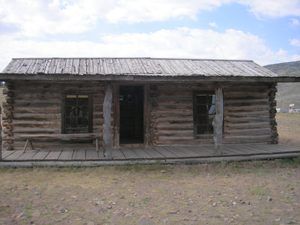