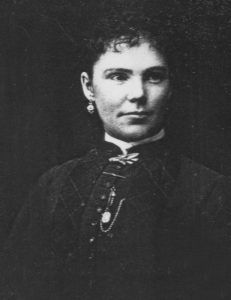 “I only had seven dollars to my name. I didn’t know a soul in Alaska. I had no place to go. So I stood on the beach in the rain, while tented Skagway of 1897 shouted, cursed, and surged about me.” — Harriet Pullen, 1897

Harriet “Ma” Pullen was a wife, mother, entrepreneur, horse team driver, and hotelier that made her way to Skagway, Alaska in 1897. She is a great example of women who honed their business skills and seized opportunities that came along with the chaos of the Klondike Gold Rush.

Harriet Matilda “Hattie” Smith was born on August 13, 1860, to Andrew Jackson and Mary Jane Stewart Smith in Mount Hope, Grant County, Wisconsin. She was the third of five children. Somewhere along the line, her family made their way by covered wagon to Dakota Territory where they survived grasshopper plagues, floods, fires, blizzards, and droughts.

She grew up to marry Daniel Webster Pullen on February 23, 1881, in Clallam, Washington and the couple would have four children. They settled on a farm in Cape Flattery, Washington. 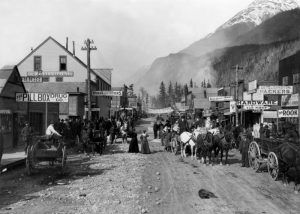 In the Fall of 1887, after placing her children in the care of friends in Seattle, Harriet traveled to Skagway to try to make money for the family. She arrived there with just $7.00 in her pockets but was optimistic and ambitious. Captain William Moore, a founder of Skagway, hired her almost immediately to cook, at $3.00 a day, for his pier-building crew. A wily entrepreneur, she used her spare time to collect empty tin cans, which she beat into pie pans. Before long, she was making a good profit by selling apple pies to the many gold seekers making their way through the boom town.

She quickly recognized that the real money was to be made not in looking for gold miles away, but by tending to the needs of stampeders on their way into the fields. 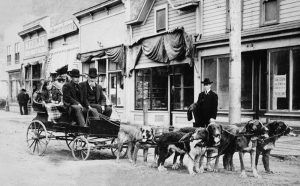 She used her pie money to set up a freighting business. She still owned seven horses from her farm in Washington and sent for them. Her freighting outfit over the rugged White Pass Trail was successful from the start, bringing her as much as $25 a day.

With the coming of the White Pass & Yukon Route railroad in 1898, the freight lines were closed down. Pullen then purchased Captain Moore’s home, which she then converted into the Pullen House Hotel. Her businesses were extremely profitable and before long she was able to send for her children. The hotel-keeper became famous for her hospitality and became known as “Ma” Pullen. 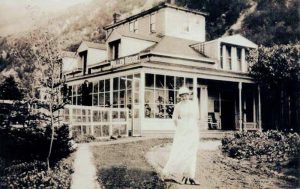 Accommodations boasted hot baths and soft beds. Her guests also enjoyed fresh vegetables picked from her gardens, milk, and cream from a farm in nearby Dyea, and her finest pies. Food was served on the finest china and silver. Her guests were transported from the wharf in her own horse-drawn coach.

To entertain her guests, she dressed in Tlingit Indian regalia and dramatized Native oral traditions in the parlor of the hotel. She also drew on her personal stories and experiences with Skagway’s colorful cast of gold rush characters and events. 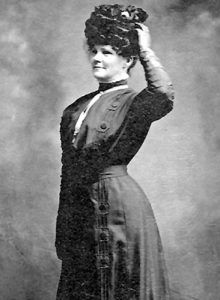 Harriet’s neighbors believed her to be a widow – either by assumption or her own claim. But, after she had achieved success with her freighting company and hotel, her husband arrived in town. However, he didn’t stay very long, opting to seek his fortune in the Klondike mines. He died in Seattle, Washington in 1910.

When the town began to wane, Harriet collected gold rush memorabilia and artifacts. She lived out her life at her hotel until she died on August 9, 1947. Per her own request, she was buried near her hotel.

Harriet Pullen arrived poor, worked hard, took risks, made enough to send her children to universities, and became one of Skagway’s most influential citizens.

Though her hotel is gone today her grave still remains along the tracks of the White Pass & Yukon Route railroad. 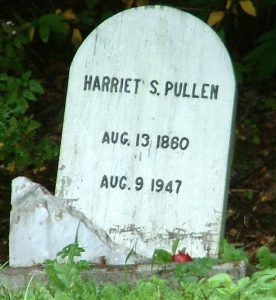