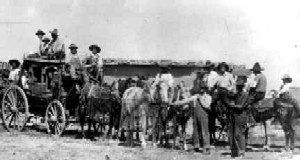 A stage station, located between Medway and Syracuse, Kansas on the Arkansas River was once operated by a man by the name of Felix Goldman. Goldman, a sharp character, began to get the feeling that he was being cased for a robbery when he was visited three days in a row by a tough-looking stranger. Goldman advised the authorities of his suspicions about the shady stranger asking too many questions and scrutinizing things a bit too much. Cautious, Goldman buried his own savings, as well as the operating funds of the stage station, which amounted to about $17,000 in gold and silver coins.

Just a few days later, Goldman was found dead at the stage station and local lawmen went after the suspect, a man named Tolliver. The robber was quickly apprehended but, upon capture, swore that he did not get any money.

The cache has never been found. Hamilton County is located in Southwest Kansas very near the Colorado border. Syracuse, the county seat can be found at the intersections of U.S. Highway 50 and Kansas Highway 27. 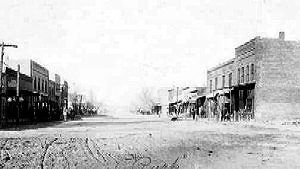