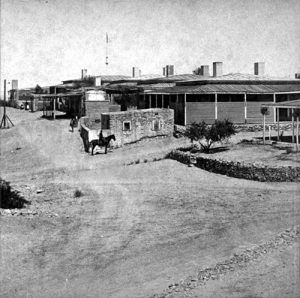 With the end of the Mexican-American War in 1848, the Territories of California and Arizona became part of the United States and two years later, Fort Yuma was established near the Gila River in Arizona. Its purpose was to defend the newly settled community of Yuma, Arizona and immigrants taking the southern route to California.

However, shortly after it was established, it was moved across the Colorado River to protect the ferry crossing in March 1851. The fort was virtually abandoned just a few months later due to the high costs incurred in maintaining it and by the end of the year, the troops were entirely gone.

However, it was reoccupied by Captain Heintzelman on February 29, 1852. From 1858 until 1861, the fort was situated along the Butterfield Overland Mail route. In 1864 the quartermaster Corps erected a depot on the left bank of the Colorado River, below the mouth of the Gila River, which continued to provide supplies until the railroad made the supply depot obsolete.

The fort was abandoned for the last time in May 1883 and the land was transferred to the Department of Interior the following year. 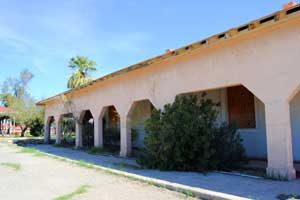 Today, the site of the military reservation is occupied by the Fort Yuma Indian School and a mission, which features the Quechan Indian Museum housed in the old officers’ mess quarters. The fort is seven blocks east of US 80 on the California side of the Colorado River.