The Empire Mine, outside of Grass Valley, California is a historic gold mine in the Sierra Nevada Mountains. One of the oldest, deepest, and richest gold mines in California, it is a State Historic Park today. 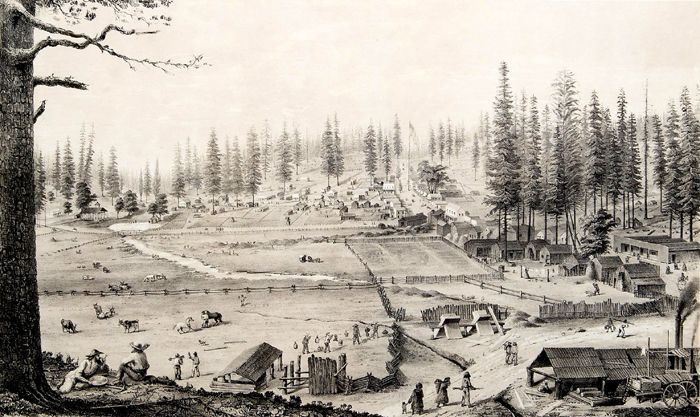 Settlement of Grass Valley began when settlers’ cattle wandered from their campsite on Greenhorn Creek to the area, where the grazing was better. At the same time, miners were panning for gold along Wolf Creek.

In October 1850, George Roberts discovered a hard-rock gold vein in a quartz outcrop on Ophir Hill. He sold the claim in 1851 to Woodbury, Parks, and Company for $350, who consolidated several local claims into the Ophir Hill Mine. However, they mismanaged their finances and in 1852 were forced to sell the business at auction, at which time it was purchased by John P. Rush and the Empire Quartz Hill Company. 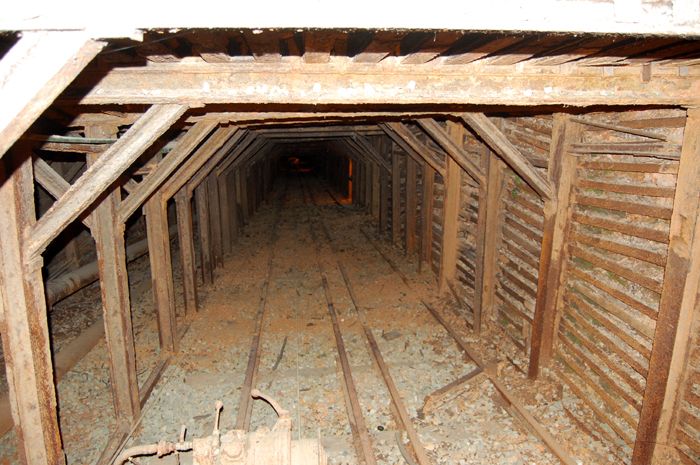 When word spread that gold had been found in the area prospectors flooded into the “Grassy Valley.” A settlement called Boston Ravine soon began and immediately put up several buildings. Later, it was called Centerville; then it became Grass Valley when a post office was established in 1851. As the area mines began to develop, the town grew into a trading center and, in November 1850 the first town election was held. The town incorporated in 1860.

As the area boomed, miners from the tin and copper mines of Cornwall, England, who were experienced in hard rock mining, came to the region. One of their major contributions was the Cornish steam engine, which emptied the mine of its constant water seepage. This allowed increased productivity and expansion underground. 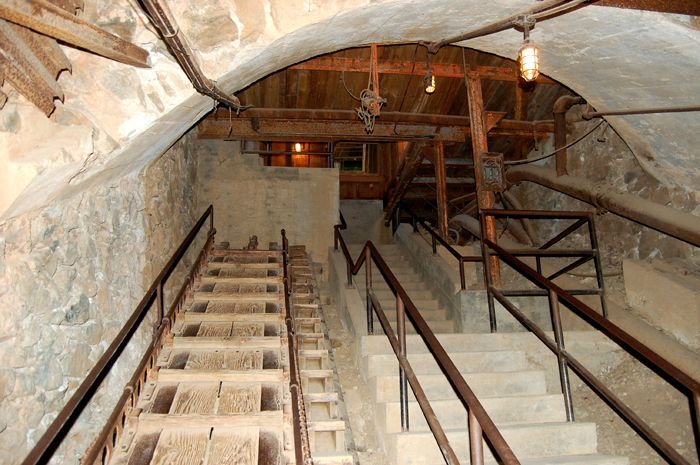 Empire Mine Interior by Kathy Weiser-Alexander.

In 1869, San Francisco entrepreneur, William Bowers Bourn, Sr. acquired control of the Empire Mine, forming the Empire Mines and Investment Company. The Cornish men continued to provide the labor force.

William Bourn died in 1874 and for several years, his estate ran the mine. However, his son, William Bowers Bourn, Jr., formed the Original Empire Company in 1878, taking over the assets of the Empire Mining Company. He continued work on the Ophir vein even after it was bottomed out at 1,200 ft and allowed to fill with water. In 1887, Bourne took on his cousin, George W. Starr, who had experience in mining technology, as a managing partner. 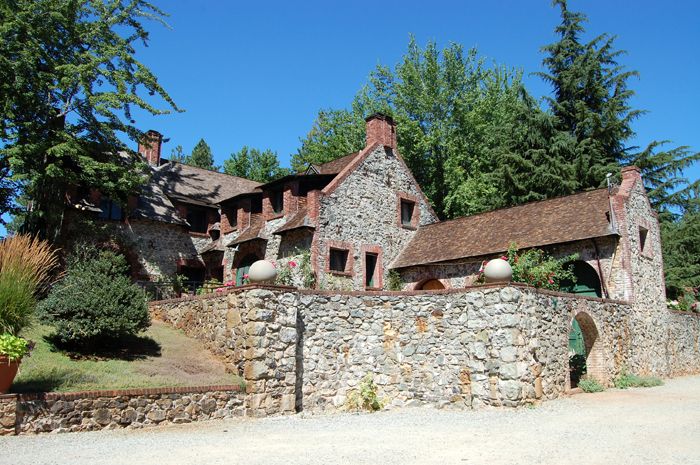 The “Cottage” at the Empire Mine served as the Bourns’ summer home by Kathy Weiser-Alexander.

In 1897, the “Cottage” was built using waste rock from the mine. In addition to the large house, which served as the Bourns’ summer home, gardens, a greenhouse, fountains and a reflecting pool were also built. Between 1898 and 1905, a clubhouse with tennis courts, bowling alley, and squash courts was built nearby.

In 1915, Bourn acquired two nearby mines owned by the Pennsylvania Mining Company and the Work Your Own Diggings Company, which gave him access to the Pennsylvania vein. The Bourn Family retained ownership until 1929 when the Empire Mine was sold to the Newmont Mining Company for $250,000. Newmont also purchased the North Star Mine. These two mines were among the richest mines in California. 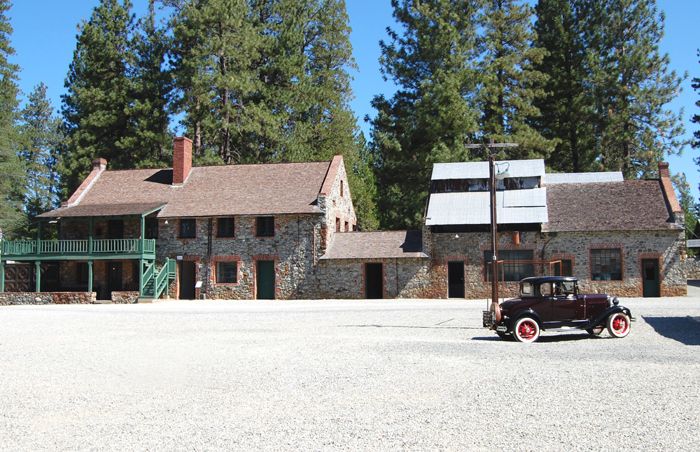 Empire Mine Buildings by Kathy Weiser-Alexander.

The mines continued to produce well during the Great Depression but were deemed as “nonessential industry to the war effort” by the US Government in October 1942, and operations shut down until June 1945. Afterward, production costs increased dramatically and a shortage of skilled miners forced the suspension of operations below the 4600 level by 1951. In 1956 a crippling miners’ strike over falling wages ended operations forever.

Over the years, the Empire Mine produced 5.8 million ounces of gold, making it one of the most prosperous mines in North American history. In its final year of operation in 1956, the Empire Mine had reached an incline depth of 11,007 feet and had 367 miles of underground passages.

In 1975, the site was purchased by the State of California and turned into the Empire Mine State Historic Park.

The state park, which welcomes about 100,000 people each year contains more than 850 acres, including forested backcountry, 14 miles of trails, the mine buildings, the “Cottage”, clubhouse, and gardens. On weekends from May through October, volunteers dressed in period clothing give living history tours of the Bourn Cottage and provide demonstrations in the mine yard.

The Empire Mine is listed on the National Register of Historic Places today. It is located at 10791 East Empire Street in Grass Valley, California. 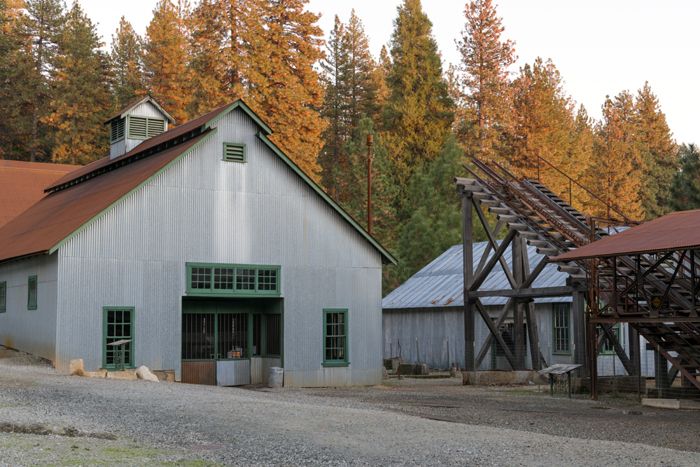