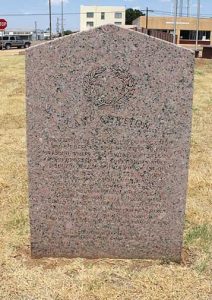 Camp Cureton, Texas was a short-lived post established in March 1862 to protect the area settlers from Indian raids.

It was established on the Gainesville-Fort Belknap Road, where it crossed the West Fork of the Trinity River southeast of present-day Archer City. Built by Captain Jack J. Creton and his regiment, the fort was named for him. A Confederate post, it, along with several others, was established to restrict Indians from coming into the region.

Several wooden buildings and rock-fence corrals made up the fort. Though the soldiers were poorly fed and lacked horses and ammunition, these rugged Confederates more effectively curbed Indians than U.S. had, protected supply trains, and guarded against Union action.

The post was closed by March 1864, when the troops were moved to Fort Belknap. Nothing remains of the fort today.