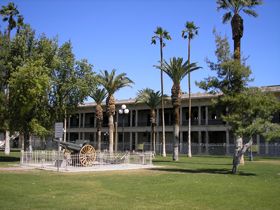 Early in the 1900s, when trains were the principal means of personal transportation, depots gave travelers the first impression of their local destinations and provided for the security and comfort of the railroad’s clientele. Design and materials were important to both surrounding communities and railroad companies. After the Atchison, Topeka, and Santa Fe Depot at Needles, California burned in 1906, the railroad spared no expense on its new facility. Built to suggest a Greek temple and opened in 1908 to great adulation, El Garces was a freight and passenger depot with hotel and restaurant amenities. The depot was named “El Garces” in honor of Father Francisco Garces, a missionary who visited the area in 1776 and was the first known European to cross the Mojave Desert.

Designed by architect Francis S. Wilson, the luxurious depot featured large Mexican Fan Palms native to the site which surrounded the two-story building with its distinctive symmetrical façade. Tuscan columns placed in pairs supported open-air walkways. The interior ceilings were ornamental and intricate egg-and-dart detailing edged the woodwork. Wilson’s use of the Classical Revival style, particularly popular on the East Coast and for civic and residential buildings, was unusual for a western depot and lent an aura of sophistication to the small town.

One reason for the success of El Garces was its beauty. Another was its management by the Fred Harvey Company. Known as “the civilizer of the West,” Fred Harvey managed a large line of cafes and hotels along the Atchison, Topeka, and Santa Fe Railroad. Motorists also availed themselves of Harvey establishments, including El Garces, after the construction and marking of the National Old Trails Highway during the 1910s. This highway often ran parallel to the railroad, providing a continuous automobile route between St. Louis, Missouri and Los Angeles, California. Later Route 66 would follow much of this same path.

Whether traveling on the Atchison, Topeka, and Santa Fe Railroad or along the National Old Trails Highway or, later, Route 66, patrons appreciated the quality of service that Harvey establishments provided. A Harvey-run restaurant or hotel often had the nicest dining facilities and friendliest service in town. 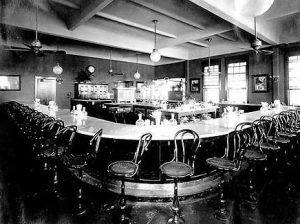 Considered one of the “Crown Jewels” of the entire chain, the El Garces was remembered for the real linen and silver, distinctive china and fresh flowers provided for its guests daily. The lunchroom had two horseshoe-shaped counters and could serve 140 people. According to the Harvey Girls, who traveled the country to work for the company, El Garces was a crown jewel in the enterprise. An assignment to the Grand Canyon, to Las Vegas, or to El Garces was “like going to Europe.” Community members also used the facilities for private dinners, banquets, and special occasions.

Though motorists and railroad passengers alike made El Garces a popular destination through the end of World War II, the waning popularity of railroad passenger service in favor of automobile travel took a toll on the many Harvey Houses across the American West. Automobile travel was accessible to people with a wider range of incomes, who often could afford to travel but not to dine or stay at a place as opulent as El Garces. The El Garces closed as a Harvey House in the fall of 1949, at which time the building was partitioned and used as Santa Fe Railway offices.

In 1988, the Santa Fe Railroad moved their offices out of the El Garces to another facility and the building was closed. Sitting abandoned, the historic building was threatened with destruction until the Friends of El Garces was formed in 1993. Through their efforts, the City of Needles was petitioned to purchase the station, which occurred in 1999. The original plans called for the building to reopen as a Harvey House Hotel, including a Route 66 museum and shops.

The El Garces Hotel was added to the National Register of Historic Places on May 17, 2002, and reconstruction of the historic El Garces began in March 2007. The original plan to open an upscale hotel and restaurant were abandoned in 2009; however, the restoration continued. Today, the building serves as a local event and community center, with space available for leasing to businesses or retail.

The historic El Garces is located at 950 Front Street in Needles, California. 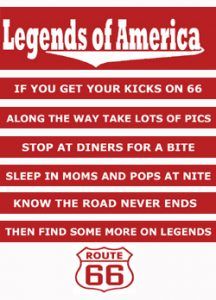