Battle of Mine Creek, Kansas by Samuel J. Reader

The Battle of Mine Creek, Kansas, also known as the Battle of the Osage, was fought during the Civil War on October 25, 1864, as part of Price’s Raid. The second-largest cavalry engagement of the war, it was fought between two divisions of Confederate Major General Sterling Price’s Army of Missouri and two Federal brigades under the command of Colonels Frederick Benteen and John Finis Philips.

In the fall of 1864, General Sterling Price led some 8,000 troops in a raid through Missouri and Kansas. After their defeat at Westport, Missouri on October 23rd, the Confederates crossed into Kansas and moved toward Fort Scott with its large supply depot. Price and one division went ahead while the other two divisions protected the ten-mile-long wagon train as it continued to retreat south. On October 24, the troops encamped on the Marais des Cygnes River.

Early on the morning of October 25, the Confederates were attacked by Union forces and withdrew to the south and were followed by about 2,500 troops under the command of Colonel  Frederick W. Benteen and Colonel John F. Phillips, of Major General Alfred Pleasonton’s Provisional Cavalry Division. A running skirmish then developed over the nine miles between Trading Post and Mine Creek. The Union troops overtook the rebels as they were crossing Mine Creek where they were slowed by their wagons crossing the ford. With two brigades of cavalrymen bearing down upon them, the Confederates were forced to stop and fight. The Confederate rear guard formed a skirmish line, which delayed Union troops long enough for 7,000 men in the two Confederate cavalry divisions to establish a main line of defense. The Confederate divisions were commanded by Major Generals John S. Marmaduke and James F. Fagan. 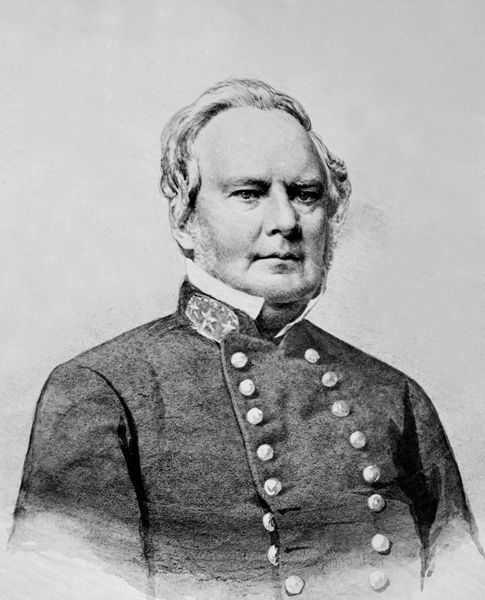 The speed of the attack did not allow time for the cavalrymen to dismount, making the battle one of the largest mounted cavalry fights of the war. The southerners,  overwhelmed by the rapid attack, were soon surrounded. Though the battle lasted only about 30 minutes, when it was over the Union troops captured about 600 men and two generals – Brigadier General John S. Marmaduke and Brigadier General William L. Cabell. The Confederates, having some 1,200 casualties, retreated with their remaining men back into Missouri. The Union casualties were about 100.

After the battle Union forces continued their pursuit of Price and his men. Late that evening Price ordered half of their wagons burned so they could travel faster. The Union troops continued to pursue the Rebels into Missouri, Arkansas, and Oklahoma. The Confederates never again threatened Kansas.

Private James Dunlavy was awarded the Congressional Medal of Honor for his capture of Confederate General Marmaduke.

The battle is commemorated at the Mine Creek Battlefield State Historic Site near Pleasanton, Kansas. 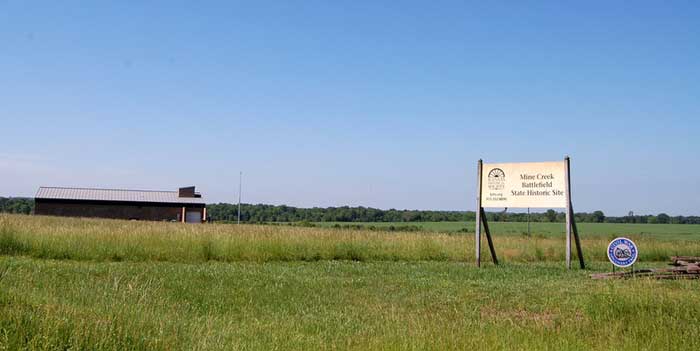