Chloride, Arizona, is an old silver mining camp in Mohave County and the oldest continuously inhabited mining town in the state. 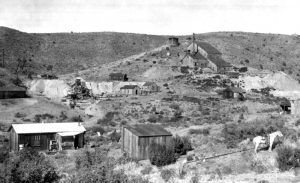 Much like Oatman, Arizona, Chloride has revived itself from near-death by promoting tourism. Preserving and promoting itself, this quaint mining town invites thousands of visitors to experience a bit of the Old West every year. Though it is often called a ghost town, the area is still inhabited by more than 300 people.

During the 1840s, prospectors began to canvas the area for any sign of precious minerals, and in the early 1860s, they stumbled upon several rich silver veins on a site they called Silver Hill. Later they would find other riches including, gold, lead, zinc, copper, and turquoise, in the area.

The mining camp of Chloride was founded around 1863, but despite the vast riches of the district, it grew slowly due to the hostile Hualapai Indians.  In the late 1860s, the U.S. Army began to subdue the Hualapai, and by the early 1870s, a treaty was signed with the Indians, clearing the path for extensive mining.

During this decade, the population began to escalate, and in 1873 a post office was built. At some point, the post office was closed but reopened in 1893, never to close again. Today, it is one of the oldest continuously operated post offices in the state of Arizona.

Soon, all manner of new business began to spring up in Chloride. In 1898, the Sante Fe Railroad extended its tracks from Kingman to Chloride, dramatically reducing costs for ore and supply shipments. Just two years later, the town boasted a population of 2,000, supported primarily by two major mines, the Tennessee and the Schuykill. These mines would produce gold, silver, lead, and zinc significantly up into the late 1940s. 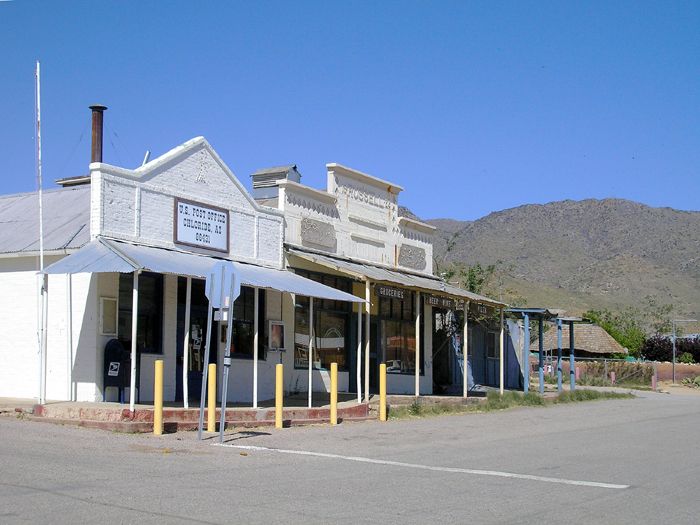 Chloride’s peak years were between 1900 and 1920 when some 75 mines were operating in the area. In 1910, the railway was again extended directly to the Tennessee Mine, the largest in the area.

By the 1930s, the richest mine in the area was the Golconda, located between Kingman and Chloride. It has been estimated that the Golconda produced six and a half million dollars in ore. Later on, the Tennessee Silver Mine surpassed the Golconda in total ore produced.

Alas, the Santa Fe Railroad, which had provided passenger and cargo service since 1898, decided to close its station in Chloride in 1935. This was just the first of many events that led Chloride to near death.

By 1944, the cost of materials and labor had increased to such a degree; it became too expensive to extract the precious minerals from the nearby hills. The mines closed, and though the population declined dramatically, the post office remained open. Within just a short time, Chloride was considered a ghost town. 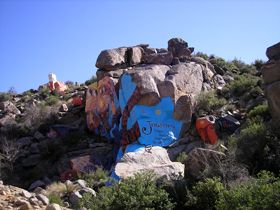 During the counterculture period of the 1960s, a band of hippies led by a man named Roy Purcell made their home in the hills just east of Chloride. During their stay, Roy painted what is now known as the “Chloride Murals.” Forty years later, the artist returned to repaint the art on the anniversary of their painting, so the murals are bright and vibrant today.

There are still a few mines in operation today, but Chloride looks elsewhere for prosperity. Over the last decade, Chloride’s residents have banded together to pull the town out of “ghost town” status to evolve into a tourist mecca and a snow-bird haven. The goal of the residents is to preserve the past while allowing the town to live in the future.

The year-round population at Chloride is about 300 but peaks during the winter months at closer to 400. This quaint “Old West” town is filled with gift shops offering handmade art, crafts, and jewelry. Attracting some 20,000 tourists from all over the world every year, Chloride provides an excellent opportunity to experience the history of this old mining camp.

The town prides itself on preserving buildings like the Jim Fritz Museum, the old jail, the historic post office, and the old train station. The oldest in Arizona, Chloride’s Volunteer Fire Department proudly displays its 1939 Ford Fire Engine to visitors. 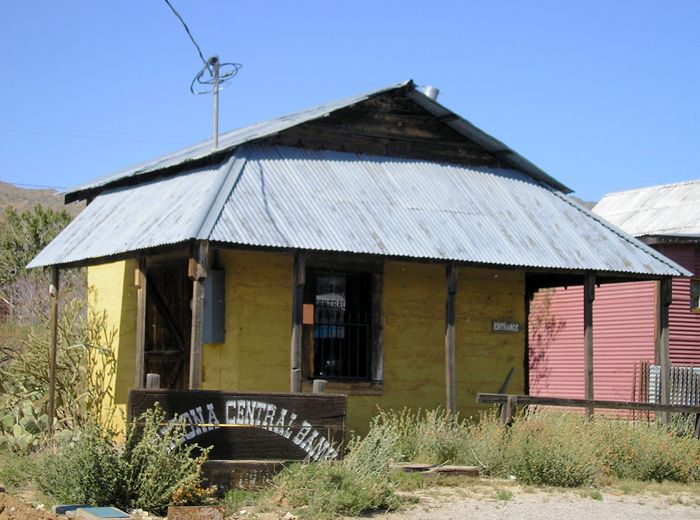 At high noon on Saturdays, visitors are entertained by gunfight troupes re-enacting comical scenes of the Old West.

The remains of the Tennessee and Schuylkill mines are east of town but closed to the public. West of town is an old cemetery that is worth a look at.

Outside of town, visitors can see the Chloride Murals, as well as a scattering of ancient petroglyphs.

Take Tennessee Avenue, Chloride’s main road, past the post office, then follow the signs. This unpaved road generally requires a high-clearance vehicle. It is possible to continue up a steep and rocky clearance with a four-wheel-drive where more mining remains can be seen.

To get to Chloride, travel northwest on U.S. 93 for approximately 20 miles from Kingman, Arizona. The turnoff to Chloride is well-marked between mile markers 52 and 53, then east three miles on a paved road. 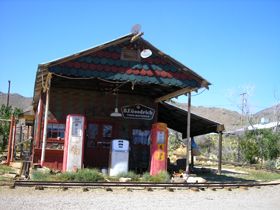