From 1886 until the creation of the National Park Service in 1916, the United States Army was responsible for the administration and management of Yellowstone National Park. However, the park was established in 1872, and for the intervening years, it suffered neglect at the hands of poachers and vandals. 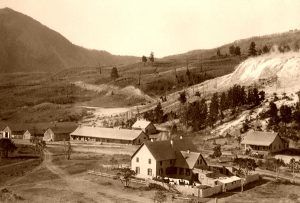 The first National Park in the country, the Federal Government had to learn, over several years, what would work best for administering the park. In 1872, Nathaniel P. Langford was appointed as the first superintendent of Yellowstone. However, there was no money available for a salary, so he was forced to make his living elsewhere and, during his five-year term, entered the park only twice. The second superintendent was Philetus Norris, who volunteered for the position. Reporting on the problems that he witnessed firsthand, Congress finally provided funds for a salary and a minimal amount to operate the park.

Additional superintendents followed, but without adequate help, Yellowstone’s natural resources were being destroyed as poachers killed animals, souvenir hunters broke off pieces of geological formations, and developers established numerous tourist camps. The good intentions of these early administrators were no match for their lack of experience, funds, and manpower. 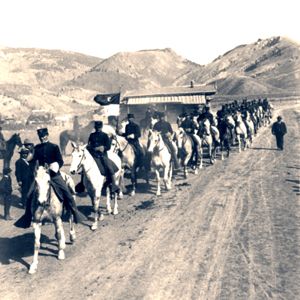 As a result, the park turned to the U.S. Army for help. In August 1886, men from Company M, First United States Cavalry, Fort Custer, Montana Territory under Captain Moses Harris came to Yellowstone to begin more than 30 years of military presence in the park. At first, the troops lived in temporary frame buildings at Camp Sheridan, established at the foot of the Mammoth Hot Springs Terraces. After enduring five cold, harsh winters, the cavalry realized there was no end in sight to this assignment. Therefore, in 1890, Congress appropriated $50,000 for a permanent post.

Fort Yellowstone was completed by late 1891. As more troops were needed, additional buildings were constructed, including officers’ quarters, a guardhouse, headquarters, stables, barracks for the enlisted men, and non-commissioned officers’ quarters.

In the winter of 1894, soldiers caught the notorious poacher Ed Howell killing buffalo. Because no laws existed to prosecute Howell, public indignation caused Congress to pass the Lacey Act to protect Yellowstone National Park’s birds and animals and punish crimes in the park.

In 1903, a building was constructed to serve as the headquarters for the Army Corps of Engineers tasked with building and maintaining Yellowstone’s roads and bridges. During their tenure, they constructed over 400 miles of roads as well as building a hydroelectric power plant, which provided electricity for the fort’s buildings, and developing a water system. 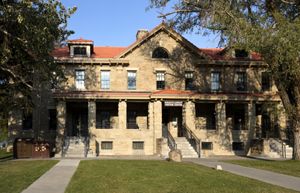 The old bachelors’ quarters at Fort Yellowstone now serves as a visitor’s center, by Carol Highsmith.

In 1909, Scottish masons began constructing sandstone buildings in the park, including the Bachelor Officers’ Quarters, which now serves as the Albright Visitor Center; two-troop barracks for 200 men, which now serves as the administration building; and later, the Chapel, the last of the structures to be built in 1913. Before its completion, religious services were held in the troop mess hall, the post exchange, or in a private residence. The chapel continues to serve the community today. These buildings were built of native sandstone from a local quarry between the Gardner River and the Mammoth Campground.

In 1910, at the height of the Army’s presence in Yellowstone, there were 324 soldiers stationed here – plus some families and numerous civilian employees. These troops staffed Fort Yellowstone and were stationed throughout the park in small details at various outposts. 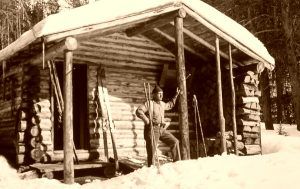 Ranger in front of one of the backcountry cabins.

Over the years, the army built several backcountry outposts to provide facilities for troops patrolling for poachers. Typically these were about 16 miles apart, about a day’s travel by horseback.

Each cabin was built in a rectangular “Rocky Mountain” style, with sod roofs and dirt floors. Generally built on the edge of a relatively flat meadow, each cabin featured 1-2 rooms incorporating sleeping, cooking, and work areas.

Several backcountry cabins still survive today and are still used by the National Park Service for backcountry patrols. Updated today to include shingled roofs and concrete floors; they are located in remote parts of the park that are accessible only by foot and horseback. 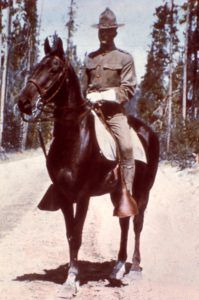 Fort Yellowstone was considered a prized assignment by many officers and enlisted men because of the post’s good facilities, relaxed discipline, and interesting surroundings. But protection of the park did not suffer. When carrying out their duties, soldiers were ordered to “conduct themselves in a courteous and polite, but firm and decided manner” when carrying out their duties.

A few years later, the Federal Government began to look at the possibility of establishing other means to administer the park. In 1912, President Taft, in a special message to Congress said: “I earnestly recommend the establishment of a Bureau of National Parks. Such legislation is essential to the proper management of those wonderful manifestations of nature, so startling and so beautiful that everyone recognizes the obligations of the government to preserve them for the edification and recreation of the people.” 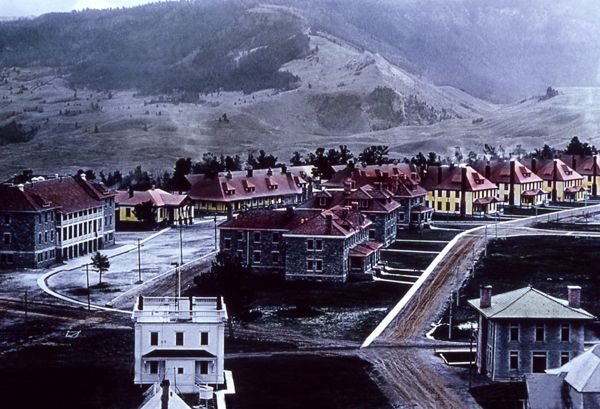 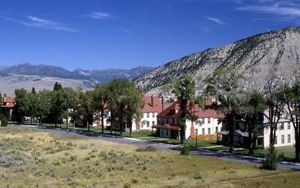 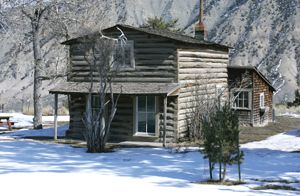 The Yellowstone Tragedy, a Legend