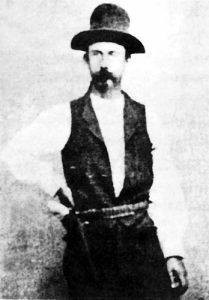 At the same time, he was gaining a reputation as a gunfighter and by 1870 was working as a stage driver for the Southwestern Stage Company between Wichita, Kansas and Fort Sill, Oklahoma. Later, he began to drive the stage to the wild cattle town of Newton, Kansas, where he was made the city marshal in 1872 at a salary of $75 per month. In June of that year, several Texas cowboys were having a drunken spree at a local dance hall when Brooks ran them out of town. However, the cowboys turned on him as they were leaving and fired three shots into him, hitting him once near his collar bone and twice in his limbs. The fearless Brooks; however, continued to pursue the cowboys for about ten miles, before finally returning to Newton, to have his wounds looked after.

Brooks recovered from the gunshots, which were obviously minor, resigned his position as city marshal and next appeared in Dodge City, Kansas in early 1873, where he again worked as a lawman. Though in his first year, he cleared many of the town’s seedier elements, it was also felt that he was too quick on the trigger. In his first month alone, it is said that he was involved in 15 gunfights. In one instance, he was said to have killed four men who were looking to take revenge on Brooks after he had killed their brother. However; Brooks killed all four instead. Before long, Dodge City officials began to wonder about several men who had been killed in questionable circumstances, including a man Brooks killed in an argument over a local dance hall girl. After backing down from gunfighter Kirk Jordan, Brooks left the position and returned to his old job as a stage driver for the Southwestern Stage Company. 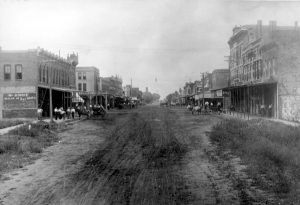 However, in early 1874, the stage company lost their mail contact to a rival company and Brooks lost his job. In June, several mules and horses owned by the rival company were stolen, allegedly by Brooks and several other men in an attempt to weaken the rival company and get their jobs back. The following month; however, Brooks and two other men, by the names of L.B. Hasbrouck and Charlie Smith, were arrested and jailed to await trial near Caldwell, Kansas. They would not get their day in court. On July 29th, a lynch mob stormed the jail and Brooks and the other two men were taken to a large tree to be hanged. Despite their pleas for mercy and a fair trial, all three were hanged. Reportedly, Brooks struggled violently after the rope failed to break his neck and strangled to death.