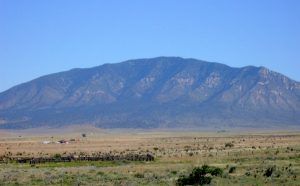 Jesse Wayne Brazel was a stockman in New Mexico, who allegedly killed Pat Garrett in 1908.

Brazel was born in Greenwood City, Kansas in 1876 but the family soon moved to Brown County, Texas before making their way to Lincoln County, New Mexico in the early 1880s. At the age of 15, Brazel went to work as a cowboy on W.W. Cox’s 100,000-acre ranch in San Augustine. Later, Brazel was running his own goat ranch on land owned by Pat Garrett, and the two got into a dispute when Garrett wanted to break the lease. Though the deal was not friendly, terms were finally agreed to and the pair were planning to close the deal in Las Cruces, New Mexico on February 29, 1908.

However, as Garrett was traveling, Brazel caught up with him and words grew heated. In the end, Garrett was shot to death and Brazel confessed to the slaying, though many believed that the shooting was a conspiracy, involving two more people.

Allegedly, Brazel took the “fall” for the murder because he was single. Brazel was later tried; however, he was acquitted of the crime. Later, Brazel moved to Lordsburg, New Mexico, where he married and fathered a son. However, when his wife died he sold out in 1913 and moved to Arizona. He later disappeared but was thought to have been killed by an outlaw in Bolivia about 1915.