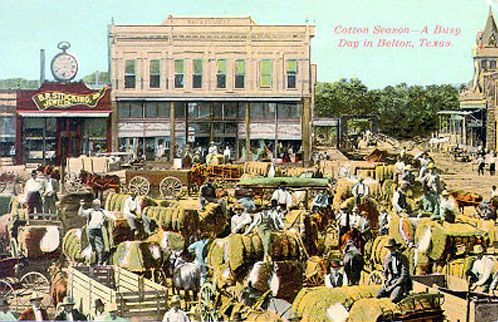 William Sidney “Cap” Light served as an exemplary lawman in Belton, Texas until his brother-in-law, Soapy Smith convinced him to join his criminal empire.

Light was born around 1864 near Belton, Texas to merchants W.R. and Eliza Hyatt Light, who originally hailed from Tennessee. He started out his working life as a barber, but at the age of 20 accepted the position of deputy marshal in Belton. He had barely begun the job when he was a member of the posse that tracked down and killed a local outlaw by the name of William Northcott on March 24, 1884.

Three years later, he married Eva Katherine Smith of Temple, Texas in June 1887. Eva was the sister of Randolph Jefferson “Soapy” Smith, who Light would later be involved with criminal affairs.

But, for the time being, Light remained faithful to the law. He and Eva had two children, William Jeff Light in 1890 and a daughter, Emma Ruby Light in 1892.

In August 1889, while Light was helping out the marshal of nearby Temple, Texas, “Cap” was trying to take a captured prisoner by the name of Ed Cooley to jail. When Cooley tried to escape, Deputy Light shot him.

A short time later, in the fall, a man named Sam Hasley, was carrying on drunk and disorderly in Belton. Hasley, who had been involved in the Early-Hasley feud decades earlier following the Civil War, had continued to maintain a rowdy reputation as a troublemaker. When Light ordered him to go home, Hasley ignored him and began to ride his horse on the sidewalk, daring Light to do something about it. Light responded by attempting to arrest the wayward Hasley. But when Sam pulled out his gun, Light had little choice to respond and shot Hasley dead.

Light killed another man the following year in March. When Felix Morales was drunk and creating a ruckus in Temple’s Cotton Exchange Saloon, Light confronted him. The drunken Morales made the mistake of pulling his gun, but Light was quicker on the draw and Morales was soon dead on the floor. According to a local newspaper article of the time, Morales died with “his pistol in one hand and a beer glass in the other.”

Up until 1891, William Light had served law enforcement in an exemplary capacity. However, it was in this year that his brother-in-law, the notorious Randolph Jefferson “Soapy” Smith, convinced him to join him in Denver, Colorado. Soapy, known as the “King of the Frontier Con Men,” was by then firmly in control of the Denver underworld crime faction. Light was with Soapy when the gang “attacked” the Glasson Detective Agency. Allegedly the agency had attempted to force a confession from a pretty young girl and upon hearing about it, Smith and his men raided their offices with pistols in hand. This further led to Soapy’s reputation as a hero with many of the locals. 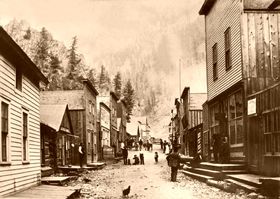 The next year, when Soapy moved his operations to the booming silver rush camp of Creede, Colorado, he convinced Light to go with him. “Cap” soon became a deputy marshal in the camp and helped Soapy to become the “boss” of the quickly growing settlement. On March 31, 1892, Light showed his gunfighting skills once again when he encountered a drunken William “Reddy” McCann. “Reddy,” a Creede faro dealer, who had a long gunfighting history of his own had been drinking heavily all night. By 4:15 a.m. he was showing his shooting skills by blasting the street lights in the camp. By the time Deputy Light confronted him, McCann was back drinking in the Branch Saloon.

When Light tried to arrest McCann, the drunken man became argumentative and resisted. Light tried to talk sense into him, but McCann continued to resist until finally, the deputy slapped him in the face, knocking a cigar out his mouth.

McCann pulled his gun, but Light was faster, once again. The coroner’s jury found that Light had acted in self-defense. But, Light had had enough of killing. He soon quit his deputy job as well as the Soapy Smith Gang and returned to Texas.

Settling in Temple, Light applied for a job of a detective for the Gulf, Colorado & Santa Fe Railroad in June 1892. When he didn’t get the position, he blamed the railroad’s chief detective, T.J. Coggins. Sometime later when Light was drinking heavily he ran into Coggins and began to beat him with both his fists and his pistol barrel. He soon found himself in jail for assault.

At his hearing, Coggins pulled his revolver, firing off several shots at Light’s head. Hit just below the jaw, in the neck, and near his right ear, the wounds were so severe that most thought that he would die. Amazingly Light recovered from the shots. In the meantime, Coggins was arrested for attempted murder, but for whatever reasons he never faced a trial.

Ironically, a year later on December 24, 1893, when Light was traveling on a train, he accidentally pulled the trigger of the revolver in his pocket.  Severing his femoral artery, he bled to death within minutes. He was 30 years old.