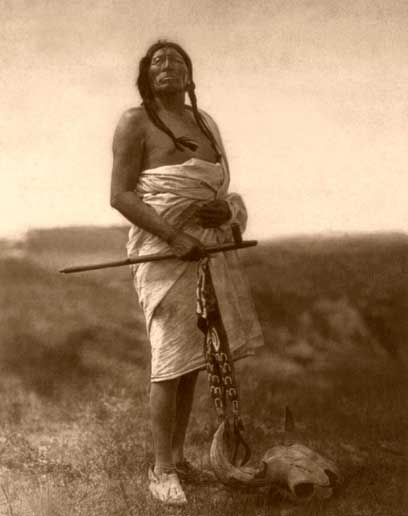 Medicine is an agent or influence employed to prevent, alleviate, or cure some pathological condition or its symptoms. The scope of such agents among the Indians was extensive, ranging from magic, prayer, force of suggestion, and a multitude of symbolic and empirical means, to actual and more rationally used remedies. Where the Indians were in contact with whites the old methods of combating physical ills slowly gave way to the curative agencies of civilization. The white man, in turn, adopted from the Indians a number of valuable medicinal plants, such as cinchona, jalapa, hydrastis, etc.

In general, tribes showed many similarities in regard to medicine, but the actual agents employed differed between tribes and localities, as well as with individual healers. Magic, prayers, songs, exhortation, suggestion, ceremonies, fetishes, and certain specifics and mechanical processes were employed only by the medicine-men or medicine-women; other specific remedies or procedures were proprietary, generally among a few old women in the tribe; while many vegetal remedies and simple manipulations were of common knowledge in a given locality.

The employment of magic consisted in opposing a supposed malign influence, such as that of a sorcerer, spirits of the dead, mythic animals, etc., by the supernatural power of the healer’s fetishes and other means. Prayers were addressed to benevolent deities and spirits, invoking their aid. Healing songs, consisting of prayers or exhortations, were sung and lectures and noises were directed to evil spirits thought to have caused the sickness.

Suggestion was exercised in many ways directly and indirectly. Curative ceremonies usually combined all or most of the above mentioned practices, some of which were very elaborate, prolonged, and costly. The fetishes used might be peculiarly shaped stones or wooden objects, lightning-riven wood, feathers, claws, hair, figurines of mythic animals, representations of the sun, of lightning, etc, which were supposed to embody a mysterious power capable of preventing disease or of counteracting its effects. 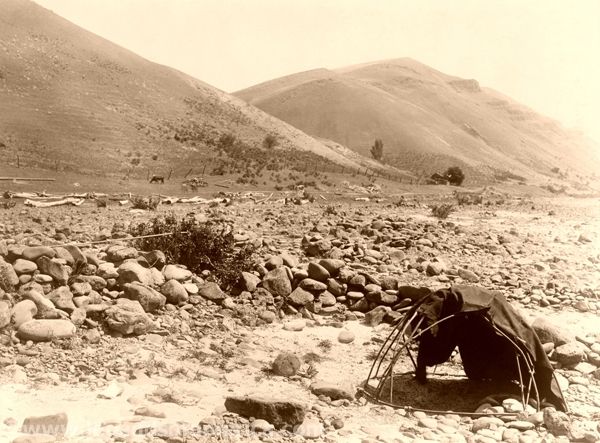 Dieting and total abstinence from food were forms of treatment in various localities. Vegetal medicines were numerous. Some of these are employed by reason of a real or fancied resemblance to the part affected, or as fetishes, because of a supposed mythical antagonism to the cause of the sickness. Thus, a plant with a worm-like stem might be given to expel parasitic worms, one that has many hair-like properties might be used to cure baldness. Among the Apache the sacred tule pollen known as ha-dn-tin was given or applied because of its supposed supernatural beneficial effect. Other plants were employed as remedies simply for traditional reasons, without any formulated opinion as to their modes of action.

Finally, all the tribes were familiar with and employ plants remedies that provided emotional release and induced vomiting, and in some cases also remedies that could induce sweating, cough medicines, etc. Every tribe also had knowledge of some of the poisonous plants in its neighborhood and their antidotes.

The parts of plants used as medicines were most often roots, occasionally twigs, leaves, or bark, but rarely flowers or seeds. They were used either fresh or dry, and most commonly after mashing and then boiling the items to extract the oils or other organic compounds.

Of this, a considerable quantity, as much as a cupful, was administered, usually in the morning. Only exceptionally was the dose repeated. Generally, only a single plant was used, but among some Indians, as many as four plants were combined in a single medicine. The proprietary medicines were sold at a high price. Some of these plants possessed real medicinal value, but many were useless for the purpose for which they are prescribed.

Animal and mineral substances were also occasionally used as remedies. Among Southwestern tribes, the bite of a snake was often treated by applying to the wound a portion of the ventral surface of the body of the same snake. The Papago used crickets as medicine; the Tarahumare, lizards; and the Apache, spiders’ eggs. Among the Navajo and others, red ocher combined with fat was used externally to prevent sunburn. The red, barren clay from beneath a campfire was used by White Mountain Apache women to induce sterility; the Hopi blew charcoal, ashes, or other products of fire on an inflamed surface to counteract the supposed fire which caused the ailment. Antiseptics were unknown, but some of the cleansing agents or healing powders employed probably served as such.

Among some tribes the term for medicine signified “mystery,” but among others, a distinction was made between practices to produce miracles and actual medicines. Occasionally the term “medicine” was extended to a higher class of greatly prized fetishes that were supposed to be imbued with mysterious protective power over an individual or even over a tribe. Such objects form the principal contents of the medicine-bags.

In many localities, there was prepared on special occasions a tribal “medicine.” The Iroquois used such a remedy for healing wounds, and the Hopi prepare one on the occasion of their Snake dance. Among the tribes who prepare tiswin (alcohol brewed from corn), or tesvino (maize beer), particularly the Apache, parts of a number of bitter, aromatic, and even poisonous plants were added to the liquid to make it “stronger”; these are termed medicines.

When the causation and the nature of disease was a mystery, the healer assigned them to supernatural agencies. In general, every illness that could not plainly be connected with a visible influence was regarded as the effect of an introduction into the body, by malevolent or offended supernatural beings or through sorcery practiced by an enemy. These beliefs, and the more rational ones concerning many minor indispositions and injuries, led to the development of separate forms of treatment, and varieties of healers.

In every Indian tribe there were a number of men and/or women who were regarded as the possessors of supernatural powers that enabled them to recognize, antagonize, or cure disease; and there were others who were better acquainted with actual remedies than the average.

The mystery man, or the worker of wonders and miracles, was believed to have obtained from the deities, usually through dreams, but sometimes before birth, powers of recognizing and removing the mysterious causes of disease. He was “given” appropriate songs or prayers, and became possessed of one or more powerful fetishes. He announced or exhibited these attributes, and after convincing his tribesmen that he possessed the proper requirements, was accepted as a healer. In some tribes he was called to treat all diseases, in others his functions were specialized and his treatment was regarded as successful in only a certain line of affections. He was feared as well as respected.

In numerous instances, the medicine-man combined the functions of a shaman or priest with those of a healer, and thus exercised a great influence among his people. All priests were believed to possess some healing powers. Among most of the populous tribes the medicine-man of this class were associated in guilds or societies, and on special occasions, performed great healing or “life (vitality) giving” ceremonies, which abounded in songs, prayers, ritual, and drama, and extended over a period of a few hours to nine days.

The ordinary procedure of the medicine-man was about as follows: He inquired into the symptoms, dreams, and transgressions of the patient, whom be examined, and then pronounced his opinion as to the nature (generally mythical) of the ailment. He then prayed, exhorted, or sang, the last, perhaps, to the accompaniment of a rattle; made passes with his hand, sometimes moistened with saliva, over the part affected; and finally placed his mouth over the most painful spot and sucked hard to extract their immediate principle of the illness. This result he apparently accomplished, often by means of sleight-of-hand, producing the offending cause in the shape of a thorn, pebble, hair, or other object, which was then thrown away or destroyed. Finally, he administered a mysterious powder or other tangible “medicine,” and perhaps left also a protective fetish. There were many variations of this method and the medicine-man never failed to exercise as much mental influence as possible over his patient. For these services, the healer was usually well compensated.

If the case would not yield to the simpler treatment, a healing ceremony might be resorted to. If all means failed, particularly in the case of internal diseases or of adolescents or younger adults, the medicine-man often suggested a witch or wizard as the cause, and the designation of someone as the culprit frequently placed his life in jeopardy. If the medicine-man lost several patients in succession, he himself might be suspected either of having been deprived of his supernatural power or of having become a sorcerer, the penalty for which was usually death. These shaman healers, as a rule, were shrewd and experienced men; some were sincere, noble characters, worthy of respect; others were charlatans to a greater or less degree. Medicine-women of this class were found among the Apache and some other tribes. The most accomplished of the medicine-men also practiced  a primitive surgery aided by external manipulation.

The other class of medicine men and women corresponds closely to herbalists and old-fashioned rural midwives among white people. Women predominated this type of healer. They formed no societies, were not so highly respected or so much feared as those of the other class, were not so well compensated, and had less responsibility. In general they used much more common sense in their practice, were acquainted with the beneficial effects of sweating, poulticing, moxa, scarification, various manipulations and numerous vegetal remedies, such purgatives, emetics, etc. Some of these medicine-women were frequently summoned in cases of childbirth, and sometimes were of material assistance.

Besides these two chief classes of healers there existed among some tribes large medicine societies, composed principally of patients cured of serious ailments. This was particularly the case among the Pueblos. At Zuni there were several such societies. The ordinary members were not actual healers, but were believed to be more competent to assist in the particular line of diseases which were the specialty of their society and therefore might be called by the actual medicine-men for assistance.

Compiled and edited by Kathy Weiser/Legends of America, updated June, 2017.

Text from The Handbook of American Indians North of Mexico by Frederick Webb Hodge, Bureau of American Ethnology, Government Printing Office, 1906. Above text is not verbatim as it has been truncated and heavily edited.