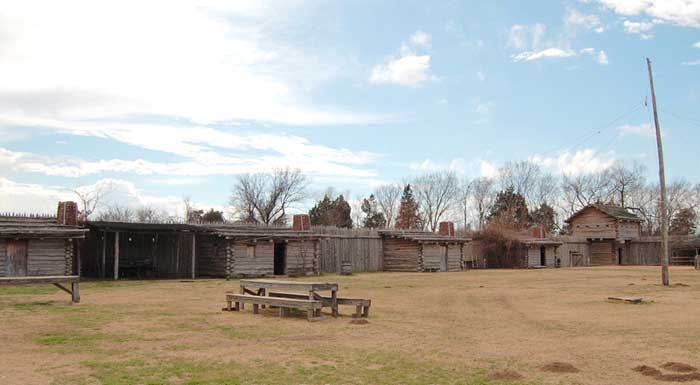 Born in Illinois around 1825*, Cynthia Ann Parker’s life would be turned upside down at the age of 11 after being kidnapped by Comanche Indians in Texas.

Her father, Silas M. Parker met Cynthia’s mother Lucinda ‘Lucy’ Duty in Illinois Territory where they were married in August of 1824. The family quickly grew with four children, Cynthia being the oldest.

Silas joined the military during the Black Hawk War of 1832, after which he took his family to Texas in 1833. There he gained admission to the Austin and Williams colony and his family was granted a “league” (a measurement or unit) of property for settlement. 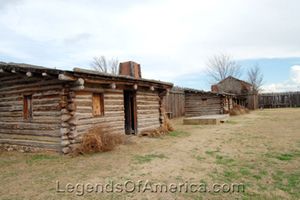 Parker’s land, on the edge of the Comanche frontier, was described as being on the Sterling Fork of the Navasota River. Along with their father, Silas and his brothers James and Benjamin Parker immediately set forth building Parkers Fort.  The construction consisted of a large stockade, two-story blockhouses, and two rows of log cabins. Completed by March of 1834, the entire Parker family moved in and began clearing the land for fields.

In May of 1835, Silas was elected as a member of the Committee of Safety and Correspondence for Viesca, and in October was named by the General Council as superintendent over a group of 25 rangers tasked with guarding the region between the Brazos and Trinity rivers.

Only a year later, on May 19, 1836, Fort Parker was attacked by Comanche warriors, along with allies from the Kiowa and Kichai tribes. James Parker, who had been working out in the fields, arrived at the fort during the attack and managed to hide 17 of the residents of the fort, but it was too late for his brother Silas, his other brother Benjamin, and father John, who were all killed during the attack.  It would also be too late for five other family members who had been kidnapped by the Comanche, including his own daughter Rachel, his grandson James Pratt Plummer, his sister-in-law Elizabeth Kellogg, along with Cynthia and her brother John. James Parker managed to save Cynthia’s other two siblings, Orlena and Silas, Jr.

James Parker would lead survivors through the underbrush for six days, south to Tinnin’s settlement where the Old San Antonio Road crosses the Navasota River. There he immediately began efforts to find and return his family members taken in the raid, but, after raising a company of men, his pursuit was halted by the threat of the Mexican army.  It wouldn’t be until June that James would return to Fort Parker to bury the dead. 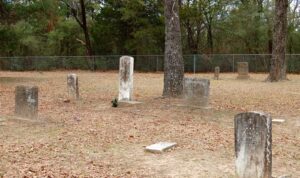 In July he met with Sam Houston, then major general of the Texas Army during the territories fight for independence from Mexico. Houston had previously negotiated a treaty with Cherokee Indians in east Texas, establishing peace, and wanted to try the same for the return of Parker’s family from the Comanche. James disagreed with the idea and wanted Houston to order an expedition against the tribe, which Houston refused. Houston refused Parker again during a second meeting in August at Nacogdoches, but while there he was reunited with his sister-in-law Elizabeth Kellogg, who had been purchased by the Delaware Indians and returned her.

The next year, in June of 1837, Parker asked Houston, now Texas President, for permission to gather 2,000 men to act against the Comanche. Houston let him have 120 but disbanded the force before it even set out. James’ daughter Rachel was returned to him in February of 1838 but died only a year later. In 1843 James located Cynthia’s brother John and his grandson James Pratt Plummer at Fort Gibson, although there is doubt over whether it was really John. Other accounts show John adapted well to the Comanche life until he contracted smallpox during a raid in Mexico, where the tribe abandoned him. He is said to have recovered, moved back to Texas, fought in the Civil War with the Confederate Army, and eventually return to Mexico to farm.

James would continue to petition the Texas House for forces against the Comanche but was denied. In 1845, through the efforts of his brother Isaac Parker, a member of the Texas Congress, a joint resolution was passed for payment of redemption from the Kichai tribe. 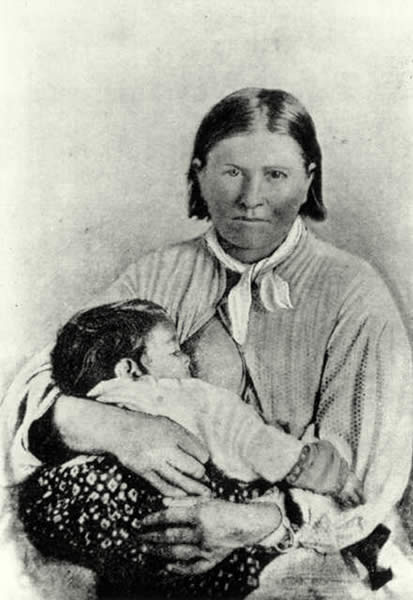 In the meantime, Cynthia’s life with the Comanche was rough at first, abused and treated like a slave until being put under the care of a couple to raise her as their own. Under her native name of Na’ura, she quickly adapted, and around 1840 married chieftain Peta Nocona, who had participated in the raid on Fort Parker. Cynthia would have two sons, Quanah and Pecos, and a daughter Topsanna (Topusana).

A newspaper account from April 29, 1846, described an encounter between Cynthia and Colonel Leonard G. William’s trading party along the Canadian River. Reports indicate Williams tried to get the release of Cynthia, but tribal leaders refused. It’s also reported she didn’t want to leave the tribe as she was in love with Nocona. Later reports show an encounter with federal officials on the Washita River, but again she refused any attempt to return to her white family.

Finally, on December 18, 1860, after getting a tip that white captives were being held nearby, Texas Rangers attacked a Comanche hunting camp at Mule Creek, during which they took three of the tribe. The event is known as the Battle of Pease River and Cynthia was one of those captured, along with her infant daughter. Nocona was reportedly killed in the raid, however, that was disputed by Cynthia who said it was a Mexican slave. Additional reports say that Nocona lived for another year before succumbing to an infection from an injury. She was then taken back by her Uncle Isaac Parker to his home near Birdville, in what is now Arlington, Texas. 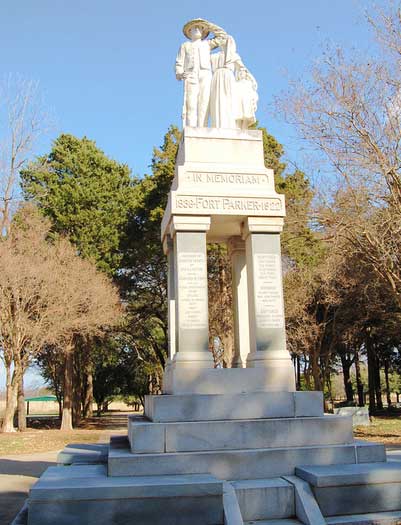 Cynthia Parker’s story captured the nation and gave hope to thousands of other families who had suffered the loss of family members during Indian raids. On April 8, 1861, the Texas Legislature awarded her a grant of $100 annually for five years and some land.  Her cousins, Isaac Duke Parker and Benjamin F. Parker were made her legal guardians. However, Cynthia still didn’t want to live in white society and made several attempts to flee to her Comanche family.

Her brother Silas Jr. then took her to his Van Zandt county home, but after he joined the Confederate Army she wound up with her sister Orlena. Reports indicate that in 1863 she got word her son Pecos had died of smallpox. Then a year later her daughter Topsanna died of pneumonia. The stress of not being able to assimilate back into the white culture and the death of her son and daughter led to severe depression and ultimately her death around 1870.

Cynthia Ann Parker’s son Quanah would go on to play an important role as the ‘last Comanche Chief’, for 25 years providing leadership, promoting self-sufficiency and self-reliance on a Comanche reservation in southwestern Oklahoma. There he oversaw the building of schools, helped create ranching operations, and established crops.  The reservation was broken up and opened to settlers in 1901, after which Quanah spent the rest of his life on a profitable ranch.  In 1910, Quanah moved his mother’s grave to Post Oak Mission Cemetery near Cache, Oklahoma, and was buried beside her when he died in 1911.  Both their bodies were moved to Fort Sill Post Cemetery in 1957.

Although Parkers Fort was lost over the years, in 1936 it was recreated in its original location and is now known as Old Fort Parker.