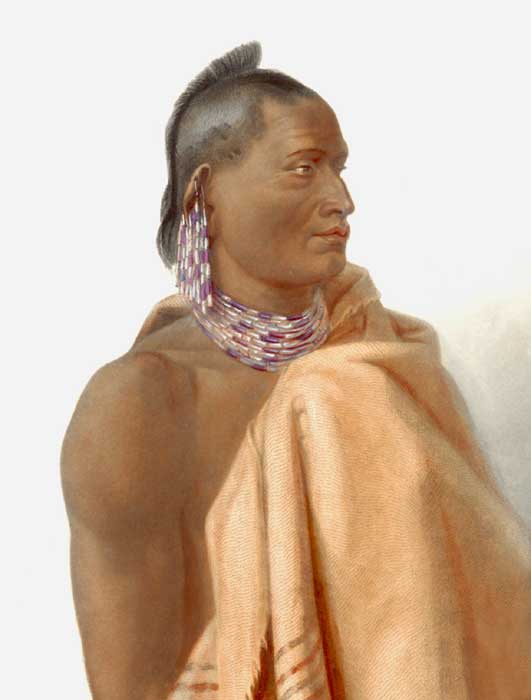 The Missouria or Missouri Indians, a Siouan tribe, lived in and gave their name to the state of Missouri. Their name means “one who has dugout canoes” in the Illinois language. In their own language, the Missouri called themselves Niúachi.

The tribe originiated in the Great Lakes region before European contact. They belonged to the to the Chiwere division of the Siouan language family, along with the Ioway and Otoe tribes.

They began migrating south in the 1500s and By 1600, the Missouria lived near the confluence of the Grand and Missouri Rivers and extended as far north as the Platte River. The French explorer Jacques Marquette contacted the tribe in 1673 and paved the way for trade with the French.

At some point, the Missouria migrated west of the Missouri River into Osage territory where they acquired horses and began hunting buffalo.

The French explorer Etienne Veniard de Bourgmont visited them in the early 1720s and married the daughter of a chief. The couple settled nearby and Veniard created alliances with the people. He built Fort Orleans in 1723 as a trading post near present-day Brunswick, Missouri that was occupied until 1726.

In a war against the Sac and Fox in 1730, they were soundly defeated, and were scattered among the Kanza, Osage, and Otoe; but in time, they recovered and again established their own villages. 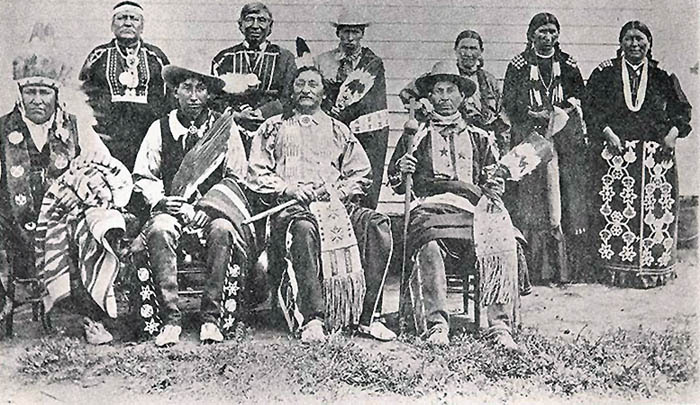 Today, they are federally recognized as the Otoe-Missouria Tribe, based in Red Rock, Oklahoma. The combined tribes have a population of about 3,050 people today.