It was in 1864 that this Gazette local lived in the town of Washington, Lander County, Nevada. Whew! the town of Washington!! No longer on the maps. Few, outside of Lander’s boundaries, can recollect it even. And yet, it was a mining town of some pretensions then, and a rival to Austin for the honor of becoming the capital of the Territory. A daily stage and a fleet running the Pony Express line brought and carried the news to and from our hated rival for capitol honors, and Austin was regarded as a presumptuous village, with nothing but a few razor blade ledges of phenomenally rich quartz on the surface, to oppose to Washington’s mammoth ledges of silver like the New Hope Mine, or the astounding deposits of galena like the St. Helena of Alvarez in Cottonwood Canyon. 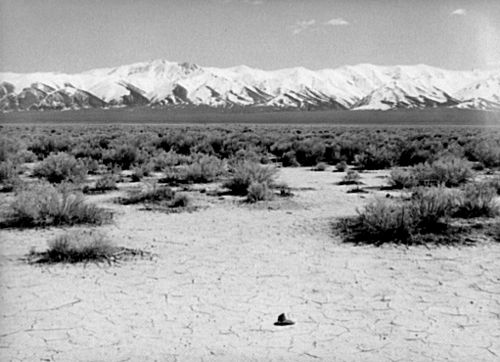 We cheerfully paid 25 cents for every letter received and 12 ½ cents for every one sent out by our limited mail and treated our postmaster with a distinguished consideration that would make any U.S. Postmaster of the present-day green with envy. Really, our “was a bigger man than old Grant,” and it was regarded as an impious sacrilege to disturb his slumbers, or even speak to him, until he chose to come out in the middle of the street at a late hour in the morning, just up and partly dressed, in his shirt-sleeves, with his fancy suspenders hanging by the back buttons, down to his heels, and with a yawn and yahoo, ask if that d—-d stage had been around yet; and then, in loud tones of reckless defiance say, it could wait and be d—-d, if it comes, he was going first over to Patroni’s to get a cocktail. Ah! but we treated that autocrat so well that we spoiled him. He became a bloated aristocrat and in less than six months, the town wasn’t big enough to hold him; and, one morning he startled the camp by boarding the stage, after appointing a deputy postmaster and mining recorder, and an agent for his real estate and mining interest, and left for Chicago overland, saying life was too short and that d—-d camp too small for a rustler of his kind to waste time in. And so, our respected postmaster, Charlie Dodson, jumped the camp, and none ever heard from him afterward. And yet, there were some who watched each National Convention for some years after and would have expressed no surprise had Charlie come to the surface as a candidate for President. Oh, those were times of great possibilities, and there wasn’t one of us that didn’t expect to be as rich as Michael Reese in a few months, and we built castles in the air that rivaled, in magnificence, anything in the Arabian Nights.

But, there came a rude awakening after the first quartz mill, engineered by Jimmy Middlemiss, made its first run on New Hope ore and, without any explanation, shut down. The ore didn’t pay. The town was pretentious in proportions. It was strung up and down the canyon for a distance of a mile, with additions that reached clear out of sight. Corner lots were held at a figure that put negotiations for their purchase out of all consideration. 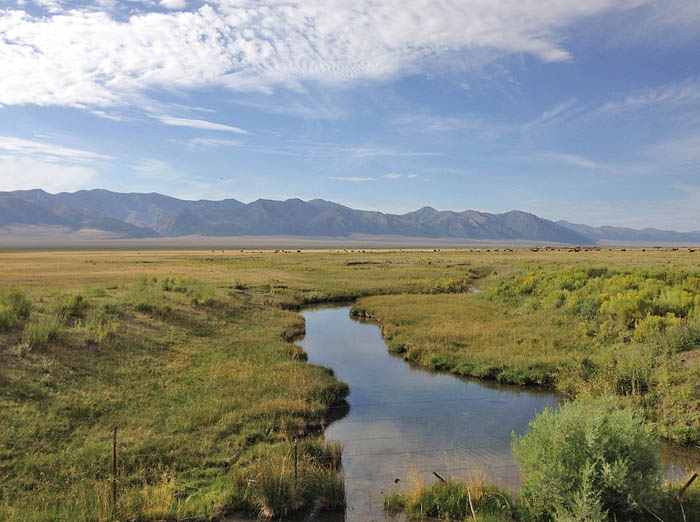 The removal of the post office was schemed for and watched after with more interest than the events of the war. We were simply a set of lunatics building extravagant hopes on the myths and freaks of fortune. And when the dream ended with the shut-down of the quartz mill and cessation of work on the New Hope Mine, those of us who could shake the magnificent hopes and great expectations out of our heated imaginations, folded our tents and silently stole away. The town quietly shrunk up and finally was never heard of except in the mail contracts when that important town was reported in petitions for daily service to the Postmaster-General as the central point in the great Reese River Valley. Where the mail contractor obtained signers to his petition was known only to himself. And yet, we all filled an important part while wasting time in misplaced efforts. We were as Clint Patchen of Pioche used to say, “making footprints,” and aiding in the development of a nation’s royal domain, and perhaps building better than we knew.