“Lizzie Borden took an axe and gave her mother 40 whacks. When she saw what she had done, she gave her father 41.” 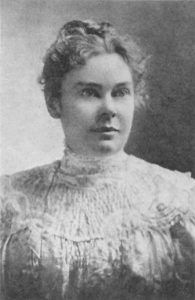 Lizzie Borden, the only suspect in the ax murders of Andrew and Abby Borden, in 1892, was arrested, tried, and acquitted in Fall River, Massachusetts.

Lizzie Andrew Borden was born on July 19, 1860, in Fall River, Massachusetts, to Sarah Anthony Morse Borden and Andrew Jackson Borden. Andrew and Sarah had married on December 25, 1845, and had three children, Emma Lenora on March 01, 1851; Alice Esther on May 03, 1856 who died before she was two years old; and Lizzie in 1860. Sarah Morse died on March 26, 1863, when Lizzie was just 2 ½ years-old. On her deathbed, Emma made a promise to her mother that she would always watch over little Lizzie.

On June 6, 1865, Andrew Borden married for a second time to Abigail “Abby” Durfee Gray. They never had any children. Lizzie along with her sister, Emma, who was nine years older, both lived with their father and step-mother well into adulthood. 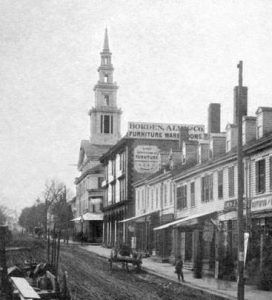 Andrew Jackson Borden descended from a wealthy and influential family, who by 1714 literally owned much of Fall River. However, he grew up in modest surroundings and as a young man, was apprenticed as a carpenter and helped to build the house at 92 Second Street, which he would buy decades later. He would later become an undertaker and after taking a $1,000 loan, he formed a business partnership with William M. Almy. Both men were undertakers and prospered in the manufacture and sale of caskets and furniture.

By the 1850s, Andrew had moved on to property development and later became the president of the Union Savings Bank. He also served as a director for several textile mills, including the Globe Yarn Mill Company and the Troy Cotton and Woolen Manufacturing Company, as well as a director of the Durfee Safe Deposit and Trust Co. and the First National Bank.

Despite his wealth, Andrew was known for his frugality. Though most of his family lived in a more fashionable neighborhood called “The Hill”, Andrew was content to stay where he was. He also never bothered to upgrade his house with indoor plumbing and electricity that he could have well afforded. The family used oil lamps instead of gas. He was even known to sell eggs from his farm on Main Street. However, he did employ servants to keep their home in order. This frugality was known to have sometimes caused friction in the household, most often with Lizzie, who had aspirations to be like her relatives who lived on the “Hill” 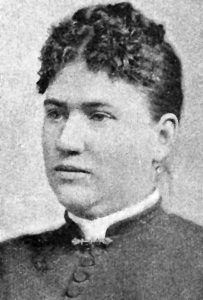 Andrew’s daughters, Lizzie and Emma, were never close with their step-mother, who they always called her “Mrs. Borden.” Rarely, did they take their meals with Andrew and Abby. As their father grew more prosperous, the girls began to worry that Abby’s family sought to gain access to their father’s money. Growing up, the household was a religious one and the family regularly attended the Central Congregational Church, which was located in the influential neighborhood of the “Hill.” Lizzie was very involved in church activities, organizations, and taught Sunday school. When they were old enough, Emma and Lizzie helped their father manage his rental properties.

Emma rarely left the house and was described as “prim, confident, apparently reliable in every fiber.” However, Lizzie was more active and outgoing than her sister. She was described as having red hair and was attractive. She had several suitors and escorts, but most of them were not from the “Hill” neighborhood to which she aspired. Though the family attended the church of the aristocracy of the town, they didn’t really fit in, even though they had money. Andrew’s frugal ways and somewhat shady reputation as a businessman relegated the family to a middle-class social status. Even if Lizzie would accept a suitor outside her aspirations, her father rejected them as “fortune hunters.” Both she and her sister were doomed to spinsterhood. 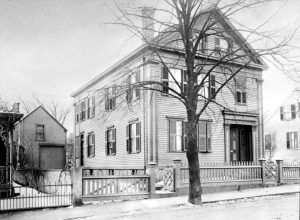 In the months prior to the murders, tension had been growing in the household, especially after Andrew made a real estate gift to Abby and her sister. Emma and Lizzie then demanded that they be granted a piece of real estate, and were given the house they had lived in until their mother died. A few weeks later, they sold it back to their father for $5,000.

In May 1892, believing that the pigeons roosting in the barn were pests, Andrew killed them with a hatchet. Lizzie, who had recently built a roost for the birds, was very upset. A family argument in July 1892 prompted both sisters to take an extended “vacation” to New Bedford, Massachusetts. They returned a week before the murders, but Lizzie didn’t go straight home. Instead, she stayed in a local rooming house for four days before returning to the family residence.

For several days before the murders, the entire household had been violently ill. On August 3rd, Abby called for Dr. Seabury Bowen to make a visit and told him she feared poisoning. However, the doctor said it was probably due to bad food. He offered to take a look at the rest of the family, but Andrew, angry that Abby was wasting money on a doctor, ordered him to leave.

That evening, “Uncle John” Morse, the younger brother of Sarah Morse Borden, mother of Lizzie and Emma, made an unannounced visit to the Borden residence. He had not been involved in the girls’ lives until about two years before the murders when he began showing up at the Borden house for “visits” of his nieces. He was allegedly there to discuss business matters with Andrew. Some writers have speculated that their conversation, particularly about property transfers, may have aggravated the already tense situation. He spent the night in an upstairs bedroom.