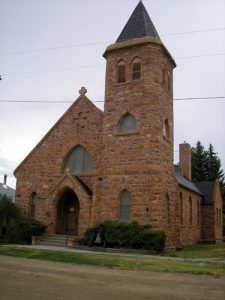 Another of the many historic towns along Alder Gulch, Laurin, Montana was established in 1863 around a trading post ran by a Frenchman named Jean Baptiste Laurin. The settlement was first called Cicero, but later renamed for the Frenchman. Laurin is pronounced locally as “La-ray.”

Jean Baptiste Laurin not only operated the first trading post but also bought up much of the surrounding agricultural land and he and his wife operated the mercantile and ranched in the area for almost four decades. The town began to profit from the many riches of Alder Gulch, as it became a supply center for area miners and fur trappers. Later, when it became home to a railroad station on the Northern Pacific line between Sheridan and Alder, it really began to grow. The supply center soon boasted several retail businesses, a post office, a hotel, saloons, and an ice cream parlor. 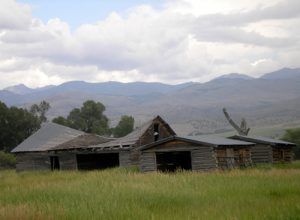 On January 4, 1864, Laurin gained notoriety when two road agents named Erastus “Red” Yager and George Brown were hanged from a cottonwood tree that still stands outside of Laurin.

A shrewd businessman, Jean Baptiste Laurin, and his wife prospered tremendously in the town, building an empire that was said to have been worth some $500,000, which included several stores, land, and a money lending business. But, they were also generous, adopted several area children and built the magnificent Catholic Church in 1901, which still stands today.