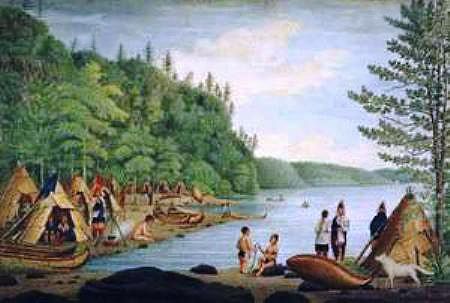 The Kennebec tribe, also known as Norridgewock and Kennebis, was an early Abenaki band who lived in the Kennebec Valley of Maine. Their name comes from the Kennebec River, which was named after the bay it emptied into — kinipek meaning “bay” in the Abenaki language.

When the valley of the Kennebec was first explored, the Chief Kennebis lived on Little Swan Island, a small island in the Kennebec River opposite what is now the town of Richmond. His home was built of logs in a circular form and strongly fortified.

The Kennebec were divided into four bands, each having its own chief. These included the Sagadahoc who lived between Merrymeeting Bay and the Atlantic Ocean, the Cushnoc who dwelt in the vicinity of Augusta, the Tacconet who possessed and occupied the fertile region that is watered by the Sebasticook River at Waterville, and the powerful Norridgewock, who lived in the village of the same name on the Kennebec River. The different clans all paid homage or political deference to the great chief who resided on Swan Island.

At this time, it was estimated that the tribes’ warriors numbered about 1,500. 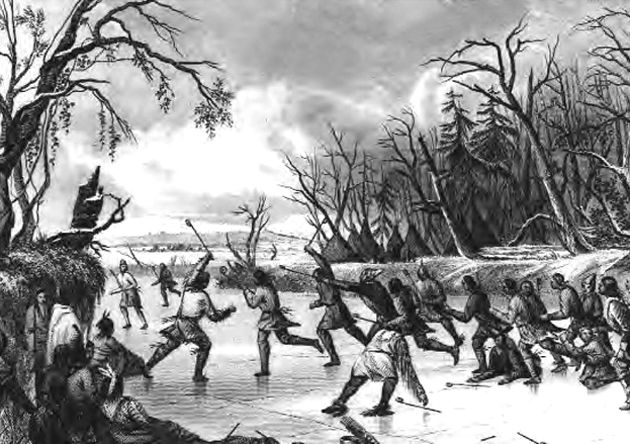 In 1688, the French established a mission at Norridgewock and in 1695, Jesuit Father Sebastien Rasles took up residence there and built a church. He would live there for 35 years, ministering to the Kennebec’s needs, conducting church services, advocating on their behalf.

“Their cabins are assembled by planting a center pole and covering it with bark; the fire is in the middle on the ground; their beds and chairs are mats made of reeds that are spread on the earth. The men dress in the skins of animals or in loose robes of red or blue cloth, and the women wear a mantle, reaching to the middle of their legs, very gracefully arranged with a light covering thrown over the head and falling to their feet, with stockings of skin or cloth from the knee to the ankle. Their moccasins are of deerskin. In the winter they wear snowshoes, without which they could not subsist. With them, they are able to overtake the swiftest of animals.

They are tall, active and powerful, with teeth whiter than ivory. Their only ornaments are beads made of shell, both white and black, so arranged in belts and the like to represent different figures with great beauty. Their children are regarded with the greatest affection, and the utmost respect is manifest towards the aged. Their skill with the bow is great, even children shooting with astonishing accuracy.

When they fight, they divide their bands into small companies of five men, each with a knife in one hand, and tomahawk in the other; and they are thus very formidable. When they enter the possessions of an enemy, they scour the country in small bands, and inspire the greatest dread, by attacking all quarters at once.

The Kennebis eat with great irregularity, feasting upon the best one day, then being famished the next. Tobacco is used by all and is esteemed the greatest luxury. They are less barbarous than other tribes.”

At the time that Father Rasles was in residence at Norridgewock, the English and the French were fighting over the territory of Maine and French Canada and Rasles exercised a powerful influence over the tribe. He worked to attach the area tribes to the French cause, and before long, the English colonists saw the Kennebec as dangerous enemies. 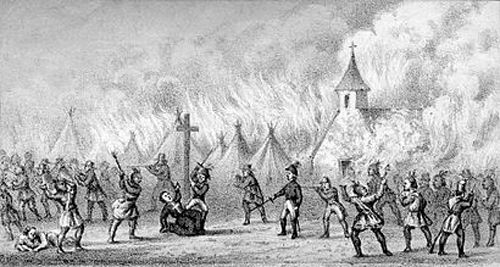 The Kennebec, along with other Abenaki tribes in the area, who were attempting to stop the English encroachment upon their lands, began to conduct Indian raids with regularity on the heavily populated settlements in Southern Maine.

The Kennebec engaged against the English in four Indian Wars, including:

During the Lovewell’s War, Father Rasles was killed by the British on August 23, 1724, in the Battle of Norridgewock. To revenge the raid on Norridgewock, the Indians burned Brunswick.

Afterward, the remnants of the Kennebec fled to Canada or merged into other Abenaki and New England Algonquian groups. Today there is no distinct Kennebec band.