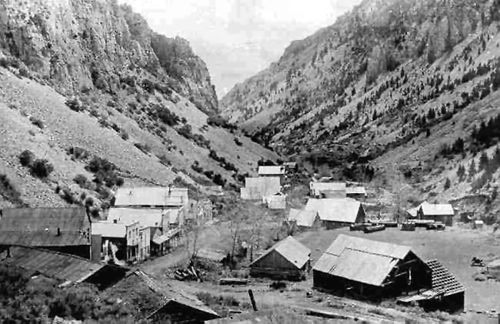 In the Yankee Mining District, some 40 miles east of what would become the boom towns of Bonanza and Custer City, Bayhorse got an earlier start in 1864 when a few small gold veins were found and a small camp began. Though there are several tales of how the settlement came by its name, the most popular is when area prospectors met a miner who had been digging between Clayton and Challis with the help of two bay horses. The man told the others that he had discovered rich mining opportunities up a steep canyon on the north side of the Salmon River. Because the other prospectors couldn’t remember the man’s name, they simply referred to him as the “man with the bay horses” and the name stuck.

Though prospectors continued to comb the area for the next several years, finding small amounts of gold, it wasn’t until 1872, that the Bayhorse area really began to attract numerous miners when three men by the names of W.A. Norton, Robert Beardsley, and J.B. Hood discovered a rich vein of silver. Robert Beardsley and his brother soon started the Beardsley Mine which overlooked the mining camp. When a prospector named Tim Cooper found another rich silver vein, he started the Ramshorn Mine. Other mines soon followed and within months, men, machinery, and cabins quickly populated the area.

The size of the mining camp increased again in 1877 when hard rock mining began for silver and lead. By the following year, the mine was operating on a large scale, with numerous tunnels spread throughout the area. A stamp mill and smelter were completed in 1880.

Bayhorse’s peak years were during the 1880s and 1890s, when the hillsides were dotted with cabins and the town included numerous saloons, boarding houses, assay offices, banks, a stone Wells Fargo building, a post office, six beehive kilns to make charcoal for the smelters, several ore and timber mills, and two cemeteries. The town’s population reached a high of about 300 residents. 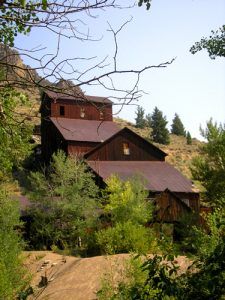 The Ramshorn Mine remained productive until 1888, at which time other mines were also declining. By 1896, the beehive kilns were abandoned and in 1889 the town was struck by a fire that destroyed several buildings. Over the next decade, more mines closed and people began to leave the area. By 1915, all mining operations had ceased and Bayhorse had become a ghost town.

In the next several decades, mining operations were revived periodically for short periods, the last time in 1968. Over the years, the Bayhorse Mining District was one of the longest-running silver and lead producers in Idaho. In 1976 the community was added to the National Register of Historic Places.

Up until recent years, the land was privately owned, but in 2009 opened to the public as part of Idaho’s Land of Yankee Fork State Park, which ensures the preservation of this historic site.

Several structures, including the stone Wells Fargo building and the Bayhorse Saloon, as well as the mill, numerous cabins, and the beehive kilns still stand.

The kilns are located down the road beyond the townsite. Along the way, sitting on the hill beside the road is one of the cemeteries, with just a few graves. Long abandoned and unkempt during our visit in 2008, the grave markers are long gone and only the crumbling fences surrounding these few graves leave any indication that the dead were once buried here. 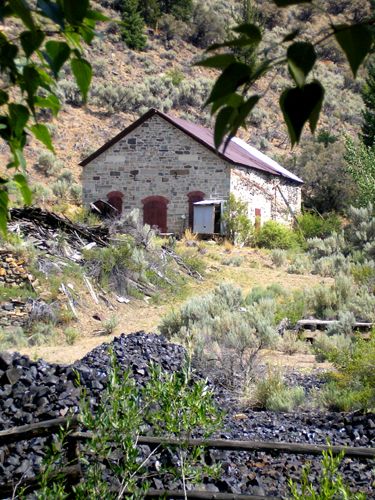 Bayhorse is about 14 miles southwest of Challis, Idaho in the Salmon-Challis National Forest. Travel south on U.S. 93 to Idaho State Road 75. Turn right (northwest) onto Bayhorse Creek Road for about three miles.