The New Orleans Pharmacy Museum is not only a great attraction, it was the first apothecary shop in the United States, was established by the first licensed pharmacist in the country, and it is also said to be haunted due to the atrocities that took place in this building. 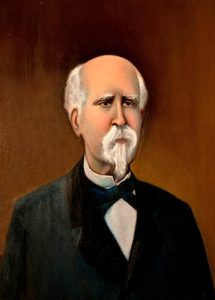 The pharmacy was opened by Louis Dufilho Jr. in 1823. Louis was born in Mirande, France in 1788 to Jean and Jeanne Marie Bonnet Dufilho, who moved the family to New Orleans, Louisiana sometime between 1800 and 1803.

Louis had an older brother, who was also named Louis, who opened an Apothecary Shop at 12 Toulouse Street with his father Jean in about 1805.

When Louis Dufilho Jr. grew up, he also wanted to be a pharmacist and returned to Europe where he graduated from the College of Pharmacy in Paris, France in 1816. When he returned, he opened a pharmacy with his brother at 63 Chartres Street. In 1816, after the State of Louisiana passed laws on who could become a pharmacist and physicians, Louis J. Dufilho, Jr. was the first to pass the licensing examination and became America’s first licensed Pharmacist.

In those days, a pharmacist was more like a doctor today, diagnosing and treating health conditions. Many medicines were made by blending plants, herbs, minerals, animal parts, and insects as ingredients. These were then crushed to make pills, edible wafers, liquids, salves, and injectable medicines. In addition to medicines, they also utilized leeches, opium, and Voodoo remedies. 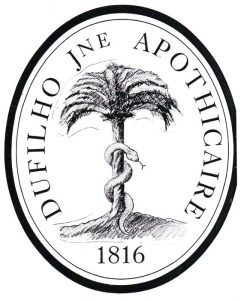 In 1819, Dufilho married Emy Adel Becnel in and the couple eventually had seven children. In about 1822, Louis, Jr. built a Creole townhouse in the French Quarter, and in 1823, he opened his own Pharmacy on the ground floor at the present-day location of the Pharmacy Museum. The building also contained a hardware store, soda fountain, and a post office, making it a popular spot with local citizens.

During his tenure, Dufilho experimented with new and more effective medicines, including the use of quinine to battle the dreaded yellow fever that killed one in six people in New Orleans including Dufhilo’s brother. He also joined the Howard Association, a precursor to the Red Cross.

After more than three decades of dedicated work, Dufilho sold the business to Dr. James Dupas for $18,000 in 1855. Dufilho then went to France where he died a short time later.

With Dr. Dupas then running the pharmacy, its popularity and reputation began to suffer. Gossip began to make the rounds that he was engaged in unethical and experimental pharmacology, mixing tonics that didn’t seem to work or using addictive components such as cocaine and heroin in his prescriptions. It is also said that he added voodoo rites and rituals to his practice. He was also accused of performing medical experiments utilizing razor-sharp drills, scissors, and scalpels that were unnecessary. 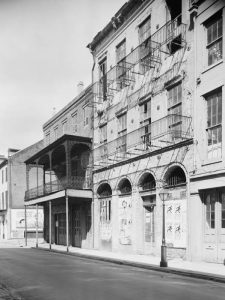 Allegedly, he experimented on pregnant slaves, utilizing unknown drugs that had their origins in voodoo or employed poisons that resulted in birth defects, miscarriages, and even the death of both mother and baby.

Making matters worse, is that some neighbors began to see patients entering the building but failing to exit. When the doctor was questioned about these missing patients, he suggested that they had moved back to France.

For over a decade, Dr. Dupas continued with his ghastly experiments until he finally died in 1867 due to complications of syphilis. Perhaps, the doctor was driven to madness by this disease or maybe he was just plain evil. After his death, his crimes were discovered when many of the remains of missing patients were found buried in his courtyard behind the building.

Today, the building has been restored into a recreation of Dr. Dufhilo’s apothecary shop that displays 19th-century mortar and pestles, glass medicine bottles, instruments and implements, and even a jar marked “leeches.” Within the glass and mahogany cabinets, antique handblown apothecary jars containing crude drugs, medicinal herbs, and voodoo powders can also be seen, as well as old medicines, tonics, and liniment. These historical artifacts come from all over the world. The museum also features an old-fashioned soda fountain that was used to help patients wash down their medicines. 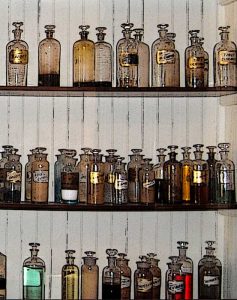 The New Orleans Pharmacy Museum doesn’t advertise or promote that it is haunted for their focus is to educate visitors on the history of pharmacology and its history in New Orleans. However, the legends persist.

The evil Dr. James Dupas is said to be the most common haunting figure. The ghostly image of a short stocky late middle-aged man with a mustache has been spied roaming the premises. Wearing a brown tophat and brown suit under a white lab coat the spirit is most seen on the curving stairway that connects the back of the shop to the second floor. The ghostly Dr. Dupus is also said to have a habit of opening cabinets, throwing books, moving items, looking into bottles, rearranging locked displays, and frequently setting off the burglar alarm.

Other ghosts are also said to lurk within the museum including a woman in the courtyard that some think may have been a prior victim. Two children have also been spied both inside and outside of the building.

Of those that visit, some have reported feeling a shove from behind when no one is there. Pregnant women have felt nauseated or experienced abdominal cramps on the second floor, where Dupas was said to perform his ghastly experiments on pregnant slaves. 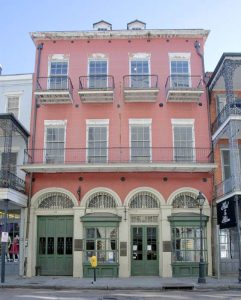 The New Orleans Pharmacy Museum is located at 514 Chartres Street.