Voodoo in America is still actively practiced and its capital is New Orleans, Louisiana. 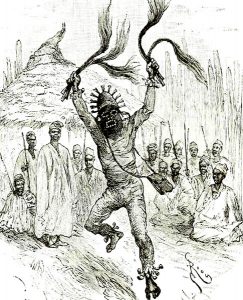 New Orleans Voodoo, also known as Louisiana Voodoo and Mississippi Valley Voodoo, is a set of spiritual beliefs and practices developed from the traditions of the early African people brought to Louisiana. The official term for this practice is Voudon.

Voodoo was brought to French Louisiana in the colonial period by slaves from West Africa between 1719 and 1731. With them, came their languages, cultural practices, and religious beliefs that were rooted in spirit, respect for elders, and ancestor worship.

Their knowledge of herbs, poisons, and the ritual creation of charms and amulets, intended to protect themselves or harm others, became key elements of Louisiana Voodoo. These Voodoo followers most often used amulets and charms in their daily lives for healing, protection, guidance, and to keep a connection with their loved ones. 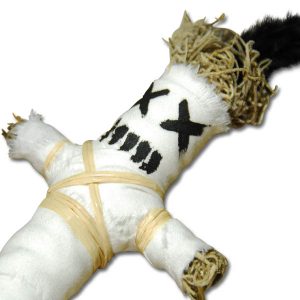 Talismans, charms, and amulets are called Ouanga. An ouanga for an evil purpose is called a Wanga. These usually contained toxic roots of the figuier maudit tree that had been brought from Africa and preserved in Louisiana. The ground-up root was then combined with other ingredients including bones, nails, other roots, holy water, holy candles, holy incense, holy bread, or crucifixes.

Voodoo practices also include readings, spiritual baths, prayer, rituals, singing, chanting, drumming, trance-like states, and personal ceremony. It is used to cure anxiety, addictions, depression, and loneliness, as well as to help the poor, hungry, and the sick.

Because these early slaves were held in large groups relatively isolated from interaction with white settlers, their preservation of African traditions were kept intact.

However, the slaves were also influenced by their owners’ beliefs in Catholicism which soon merged with their own rituals. Therefore, New Orleans Voodoo is also known as Voodoo-Catholicism. This type of Voodoo asserts that one God does not interfere in daily lives, but that spirits do and that connection with these spirits can be obtained through various rituals such as dance, music, chanting, and snakes. 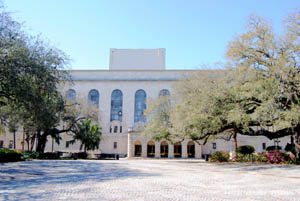 After the slave revolt in Haiti in 1791, many of the slaves fled to New Orleans, and Voodoo was bolstered upon their arrival. As many freed people of color began to practice the rituals it became an important part of their culture and by the 19th century, Voodoo queens and kings had become spiritual and political figures of power.

Congo Square, now located in Armstrong Park, once served as a gathering place for enslaved Africans. Here, they practiced their traditions and culture, including Voodoo when hundreds of people would gather to form drum circles and spiritual ceremonies.

In its heydays, Marie Laveau (1794-1881) was the most famous voodoo queen. Practicing Voodoo from 1820 to 1840, she was also a devout Catholic and attended Mass at St. Louis Cathedral. A free woman of color, she lived with her adopted children on St. Ann Street in the French Quarter, where many people stopped to ask for her help. Laveau was also known as the Widow Paris after the death of her first husband Jacques Paris 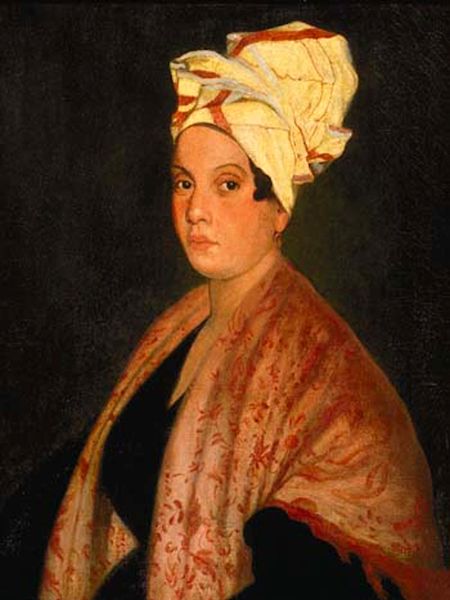 Her home was adorned with candles, images of saints, altars, and items to protect the house from spirits. She was known to feed the hungry, nurse the sick, visited prisoners, and helped enslaved servants to escape. She also performed exorcisms, offered sacrifices to spirits, treated patients with massage, teas, herbs, salves, and tinctures. Even politicians, lawyers, and businessmen sought her advice before making big decisions.

She lived until the age of 86 when she died in June 1881. Buried at St. Louis Cemetery No.1, many visitors leave coins, paper flowers, talismans, and other offerings at her tomb today. Her old home has been incorporated into the St. Ann in the Marie Laveau Annex where visitors can rent the cottage for the night. It is located at 1013 St. Ann New Orleans.

The most famous voodoo king of New Orleans was Bayou John, more familiarly called Dr. John. He was born in Senegal, West Africa, enslaved, and taken to Cuba. He eventually made his way to New Orleans as a cotton-roller. Later, he bought property on Bayou Road and became known as an excellent Voodoo healer and fortune teller. It was Dr. John who taught Marie Laveau.

During the 1930s, true Voodoo went underground when New Orleans became a tourist destination. At that time, a number of businesses were started, charging money as true voodoo followers never did. They also began to sell fake potions, powders, and gris-gris, a Voodoo amulet believed to protect the wearer from evil or bring luck 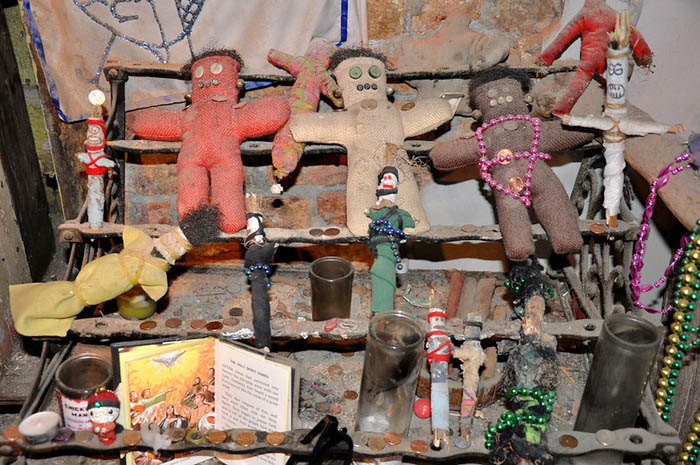 Voodoo dolls at the Voodoo Museum in New Orleans, Louisiana.

Today, Voodoo lives on in New Orleans as many people continue to practice the rituals and others see it as part of their culture. It is also a major tourist attraction.

The New Orleans Historic Voodoo Museum at  724 Dumaine Street in the French Quarter tells the story about the Voodoo history of New Orleans. Opened in 1972, visitors will see historic voodoo relics, paintings, sculptures, and other artifacts. The museum also provides daily tours of the St. Louis Cemetery and the New Orleans French Quarter.

Voodoo Queen Marie Laveau’s tomb can be visited at the St. Louis Cemetery, where all manner of offerings are left for her.

Shops selling charms, gris-gris, candles, and powders cater to both tourists and practitioners. 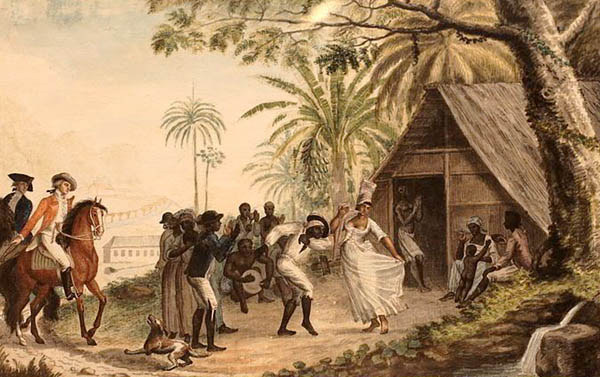