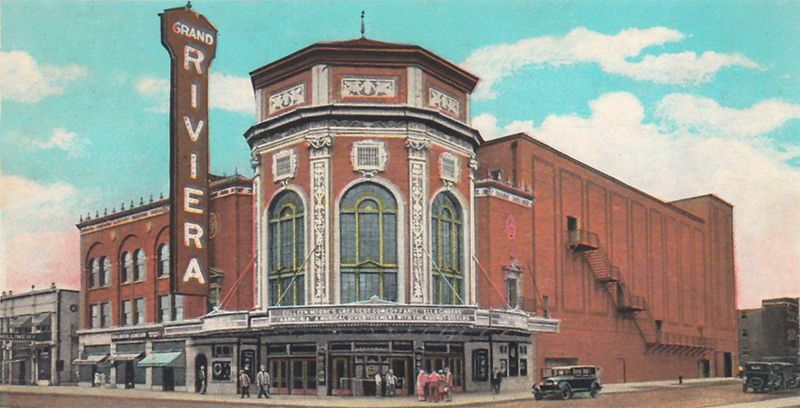 The Grand Riviera Theatre in Detroit, Michigan was once a beautiful theatre that sat at the northwest corner of Grand River Avenue and Riviera Street that served the public for generations before it was closed and later demolished in 1999. 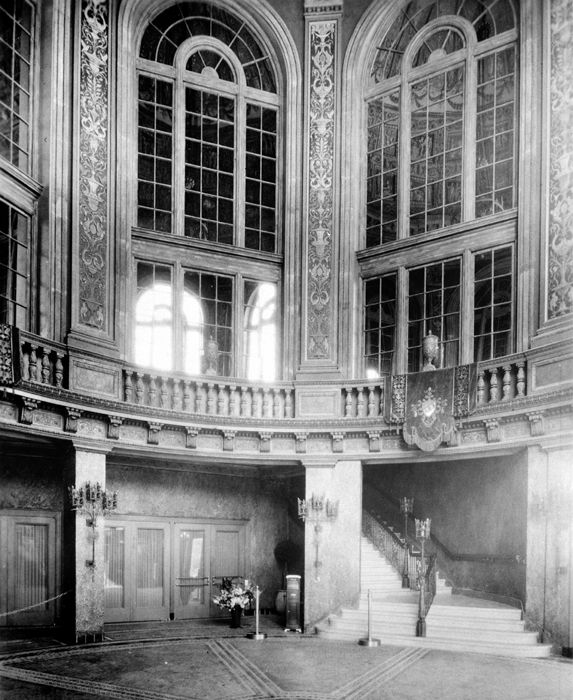 The theatre was built by the Grand Riviera Theatre Company and was designed by John Eberson in an Italian Renaissance style with a spectacular auditorium that looked like an outdoor courtyard. The theatre opened on August 25, 1925, with a seating capacity is 2,773.

The Grand Riviera Theatre Company opened the venue with the following dedication:

“To the people of Detroit and to their children and to their children’s children; that through the years it may lighten the cares of life’s vicissitudes with wholesome laughter; that they may drink the innocent inspirations of music; that they may wrap themselves in the soft cloak of the arts and revel in decent recreation against the humdrum routine of mundane existence … to them and for this does the Grand Riviera Theatre Management dedicate this beautiful temple of play.”

The four-story octagonal corner entrance tower and vertical marquee that spelled out the theater’s name boldly over Grand River Avenue was a distinctive feature of the exterior. The interior was lavishly furnished and its soaring lobby was stunning, complete with a grand marble staircase and three great arched windows over its front doors. The auditorium as decorated like an outdoor Mediterranean garden.

On opening night the program featured the film Desert Flower, complete with an orchestra, pipe organ, and a choir. The Grand Riviera continued for several years as a combined motion-picture and vaudeville house before changing to a picture only policy as sound pictures arrived and vaudeville declined. In the early-1930’s, the “Grand” was removed from its name and was afterward known as the Riviera Theatre. 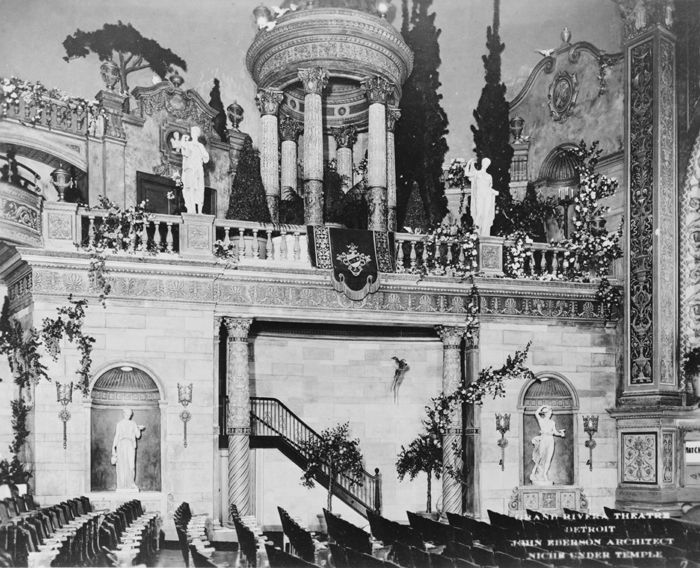 In 1952, the theater was sold and afterward would change hands several times. From 1957 to 1961 stage shows replaced movies at the theater, which featured many noted entertainers as well as touring companies from several top Broadway musical shows. After the rebuilding of another downtown theater that featured live entertainers in 1962, the Grand Riviera returned to motion pictures, for which its location and acoustics were better suited.

In time, the theatre’s productivity followed the neighborhood into a decline and it closed. From 1969 until 1974, the Riviera Theatre was used for music concerts and afterward closed its doors. It was designated a Michigan State Historic Site in 1980 and listed on the National Register of Historic Places in 1982. However, the the building fell into disrepair over the years and by the 1990s, it was in sad shape. In June, 1996, the unique movie palace was demolished. Once standing at 9222 Grand River Avenue, a social security office now sits at the site. 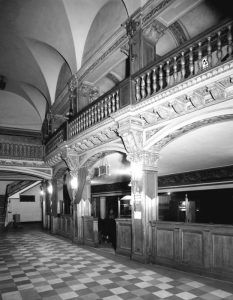