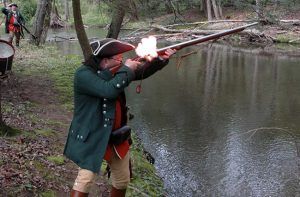 Fort Halifax was a temporary stronghold established during the French and Indian War near the present-day city of Halifax, Pennsylvania.

Both Fort Halifax and Fort Augusta at the Forks of the Susquehanna River were part of a line of forts constructed by the Pennsylvania Provincial government during the early part of the French & Indian War. On June 5, 1756, Colonel William Clapham marched out of Fort Hunter with five companies of men to proceed north along the Susquehanna River to establish a supply post.

Colonel Chapman picked the site along the Susquehanna River due to its proximity to a vast stand of pine timber that could be used for construction and because it was near a water-powered sawmill on Armstrong Creek. The soldiers then began to cut and square 200 logs, each 30-feet long and erected a traditional-style stockade fort,  that stood 160- feet square, with four bastions and a surrounding earthwork about 10-feet high. Once it was complete, it was guarded by a garrison of the Pennsylvania Colonial Militia and for the next 16 months, Fort Halifax served as the chief supply post on the line of communications between the area settlements and Shamokin where Fort Augusta would be built later that same year.

Late in 1757, the garrison at Fort Halifax was transferred back to Fort Hunter where they were considered better positioned for the defense of settlements south of Blue Mountain. the post then stood idle until the summer of 1763 when it was dismantled. 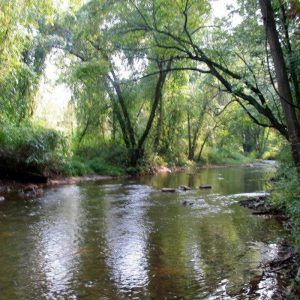 In 1926 a stone monument was erected to designate the site of the fort. It is located along Pensylvania Route 147 north of Halifax along Armstrong Creek. The area of the former fort is now part of the Halifax Township Park and Conservation Area.