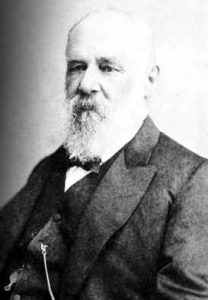 Fort Esperanza, Texas, also known as Fort DeBray, in honor of Colonel Xavier Blanchard Debray, commander of the Sub-Military District of Houston, this earthwork fort was located on the eastern shore of Matagorda Island. Built to guard Cavallo Pass, at the entry to Matagorda Bay, building began in December 1861. Fort Esperanza, was also tasked with guarding Fort Washington, an 1842 small fort put up near the lighthouse on the extreme southeast corner of Matagorda Island.

Fort Esperanza was armed with nine guns including eight 14-pounders and one 128-pounder and was out of range of any weapons upon large federal vessels in the Gulf. In the end; however, that didn’t stop the Federal forces from invading the pass in October 1862. the Overmanned and over-gunned, the Confederates fled to Indianola. They returned once the Federals had retreated. Union forces again invaded the next year, in  November, and took over the fort, which they used as their base of operations for the next several months. In the Spring, they were withdrawn from Matagorda Bay to participate in other campaigns.

The post was reoccupied in June by the Confederates who then held it until the end of the war. In 1868, the eastern walls of the fortress were destroyed by a storm and a decade later, the rest had eroded away. Today, the only thing that can be seen of the location are a few outlying emplacements and rifle pits.