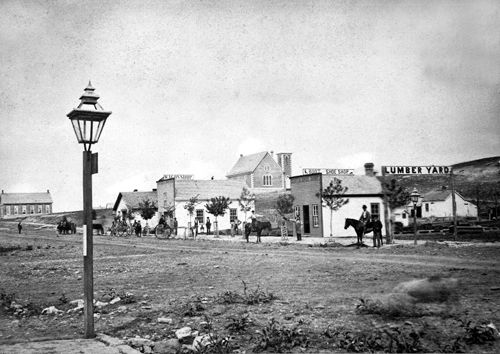 On June 3, 1868, some 400 Cheyenne Indians flooded Council Grove, Kansas armed and painted for war. When the Indians reached the west end of the town, they divided their forces, one-half following along Elm Creek to the south of town, while the other continued to march along Main Street. The people were taken completely by surprise but held themselves in readiness for whatever might happen.

At that time, the Kanza tribe was stationed about 2 ½ miles east from Council Grove, on Big John Creek. The cause for the Cheyenne being on the warpath was a dispute with the Kanza Indians. During the previous year, the Kanza and Cheyenne had lived at peace with each other but a dispute arose over horses.

The two tribes came together about two miles east of Council Grove, where negotiations with the help of Indian agents took place. However, while talks were being held, some of the more impetuous of the Indians exchanged shots. A full battle soon erupted that was kept up for several hours, in which three men were killed. Afterward, the Cheyenne left the area moving up the Solomon Valley, where they killed quite a number of settlers and committed other depredations. 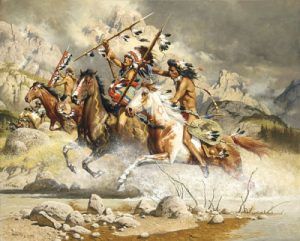